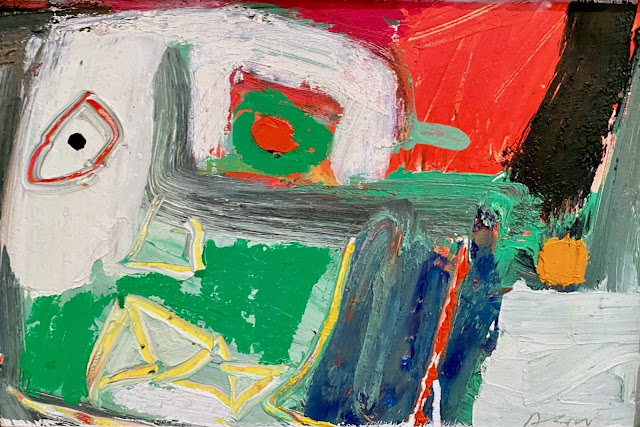 On October 19th, the Prince and I sat down to a working lunch, one-on-one, at the Palace—shirtsleeves, tie-less, relaxed.

The Prince seemed pleased with both outcomes.

And I briefed him on what we’d found on Dan Fischer/Francu (essentially bad news, bad guy), as previously detailed in this serial.

The Prince also green-lighted Operation Scribe, which would endeavor to get word out to Monaco’s bad actors that the Prince meant business:  a media campaign designed to rid Monaco of undesirables by getting them to understand they were unwanted.

The Prince gave me Jean-Luc Allavena’s cell number, instructed me to phone him and schedule a briefing, of who I am and what I do, before he assumed his chef de cabinet duties.

On October 20th, I introduced myself by phone to Jean-Luc Allavena, who expected my call.

We agreed to meet at M-Base on the afternoon of November 1st.

Then I flew to Washington and sat down in a conference room at the McLean Hilton with my liaison partners from CIA.

They brought me up to date on matters involving our mutual interests and objectives.

On the subject of secure databases, one bright CIA officer reminded me that “Feliks Dzerzhinsky’s database was a series of leather notebooks—and he built the most successful intelligence organization in history.” (The KGB.)

I, too, am a devotee of leather journals.

In the course of over five years as spymaster to the Prince, I noted every meeting, phone call, and briefing (with the Prince, with all assets, and with all liaison partners), including the substance of such, in a series of 20 leather journals.

Phil R joined us near the end of our marathon four-hour session.

Phil requested we open an account at Nat West Bank on Guernsey, a Channel Island, to receive CIA funding for the expense of operations and security that related to our relationship. 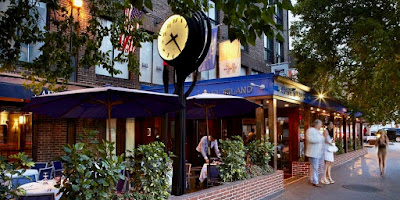 From this meeting, I went straight to Café Milano in Georgetown to join the ex-CIA crowd for lunch:

Bill Murray, Tyler Drumheller, and Mike Sulick, who would soon be called back to service as deputy director for operations.

They allowed me to pick their brains for liaison contacts at foreign intelligence services of interest to us, and I took the opportunity to invite them to a party at M-Base in honor of the Prince’s enthronement on November 18th.

My next round of official-dumb, next day, was with my old friends from the FBI:

Special Agent Charles G and one of the Special Agents from their LA field office with whom I'd dealt.

We met mid-morning at The Daily Grill in Georgetown.

One year had passed; the paperwork they needed to “talk to you” (they had, of course, been talking to me all along) had finally been processed and signed by the U.S. Attorney General.

Now they could "officially" talk to me.

That was the good news.

But there was some bad news as well:

A new “blanket policy” necessitated that I submit to a polygraph examination as a condition to having any further contact with any FBI agents.

“We’ve been through this,” I said.  “I do intelligence work for Prince Albert of Monaco.  I’m not applying to the FBI for a job.  Nor do I wish to be an asset for the FBI.  In fact, I seek no remuneration whatsoever from the Bureau.  I only wish to give you intelligence, on the Prince’s behalf, about U.S. citizens who are committing crimes.”

“We understand that,” said Special Agent Charles M.  “But we can no longer have any contact with you—us or anyone else from the Bureau—unless you take a polygraph examination, as part of our new blanket policy.”

That’s what he meant.

“Yet,” I said, “I can phone the FBI’s new hotline, report a spy, and if you catch him I’m entitled to a hefty reward.”

“You could do that.”  Charles shifted uncomfortably.

“Or I could give the intelligence I’ve got to a United States Senator on the Senate Select Intelligence Committee and he could pass it directly to the FBI Director.”

“Yes, I suppose you could do that, too,” said Charles.

“So why the hell should I take a polygraph examination?”

“That’s your choice.”  Charles gulped.  “But our instructions are, we’re not allowed to have any further contact with you unless you do that.”

“So if I, or anyone else, hear there’s going to be a bank robbery across the street tomorrow, we’re not allowed to report it to the FBI because we haven’t taken polygraph tests?”

Then, against their own new rule, they told me the latest on their investigation of MING:

He had been keeping a low profile in Malibu and seemed very spooked.

They said they were “around the corner—10 to 12 weeks” from closing their counterintelligence investigation, but due to MING’s financial irregularities would transfer the case to the Internal Revenue Service.

Part of the problem they said, was that they’d requested information on MING and Pastor International from Monaco through official channels and “it never came.”

“Yes,” I said.  “That’s precisely why the Prince asked me to create an unofficial intelligence service.”

With regard to MING’s presence near PFIAB meetings, the FBI discovered that MING, while still in the USAF, had once been a “chart-flipper” at PFIAB for a general.

My new theory, which I didn’t bother to tell the FBI, was that the Russians had blackmailed MING to report on PFIAB, so he was going through the motions, fudging, and possibly fabricating "intelligence" to appease them.

Finally, Charles M asked if I had ever signed a confidentiality agreement during the nearly 10 years I spent working undercover for FBI Counterintelligence.

(They had checked all their files and could not find one.)

“Would you mind signing one now?”

I wanted to keep this document to demonstrate it had been presented to me and gone unsigned—so I replied, “I don’t sign anything without running it past a lawyer—may I take this with me?”

Here we were, trying to help the Bureau identify criminals (as we had from the beginning) while seeking nothing in return, and these Bureau-crats could only spew nonsense, lost in a funk over my past association with their employer; in a quandary about their lack of leverage to inflict a polygraph upon me.

Thus far, despite assistance promised at the very top (the so-called Goss Doctrine to protect Monaco), little more than time-wasting lip service (from LIPS) and empty promises of more to come (from Langley).


While still in Washington, as part of Operation Scribe I met with Peter Eisler, a special assignment reporter for USA Today who had been recommended to me.

Eisler listened to my pitch for a story on Prince Albert flexing his muscles in Monaco and referred me to their paper’s new London-based foreign correspondent, Jeff Stinson, who would be handling all reporting from Europe.

Back in London, I instructed my deputy—as CIA's Phil R requested—to travel to Guernsey for opening an account at Nat West Bank.

And I connected to Jeff Stinson of USA Today to get the ball rolling on Operation Scribe.


There is history, her-story, your story and my story—truth exists only in the moment.

So keep a journal and document the moment.

History is his story.

These days, her story counts, too. (Always should have.)

You’ve got yours, I’ve got mine.

Rarely does anyone agree on exactly what was said and done.

Everyone has their own version of events, based on their own perspectives, and their own memories, which science has proved faulty.

Courts strive to get at the truth by dissecting contracts, hearing testimony under oath and studying documents from all parties and witnesses, trying to establish what really happened.

But if you keep a regular journal and jot down interaction with others as it occurs, this record becomes both a memory-jogger and a document from which others may attempt to discern truth.

Posted by Robert Eringer at 8:28 AM