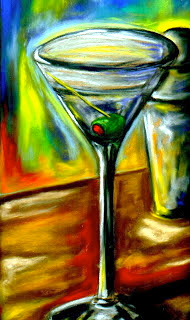 I arrived in Paris and treated myself to Hotel Meurice, in whose whiskey bar I met Chris Dickey of Newsweek, a casual chat and prelude to his interview with the Prince, scheduled for the following evening.

Next morning I presented myself at Lagardere Media for an 8:30 breakfast meeting with JLA.


As I stood at the open French windows of JLA’s expansive office and admired a view of golden sunlight upon the Arc de Triomphe, I wondered if this poor fellow knew what the heck he was getting into, moving from a high-powered corporate job in one of the world’s most beautiful cities to a cutthroat royal court inside a gossipy, malicious hurricane of exploiters, working for a spineless prince who cared more about his next date than affairs of state.

JLA’s last day in this office would be the following week.

I provided JLA with our dossiers on Jean-Paul Carteron, Dan Fischer/Francu, Umar Djabrailov, and the Freemasons, including a list of Monegasque Masons.

With regard to Philippe Narmino:

Narmino had already blackened the name of the current Chief of Judicial Services and jostled him out of position to make room for himself, expecting his own appointment to that top job any day.

With reference to SIGER:

Its officers operated in fear of retribution for investigating corrupt government officials.  They needed protection, insulation, and autonomy to investigate without fear of losing their jobs or being transferred to traffic control.  They needed greater powers to inspect records and question suspects and witnesses.

I briefed JLA on our liaison partnerships with the CIA, SIS, and DST, and our program to cultivate relationships with other intelligence services, including those belonging to Micro-European countries.

JLA assured me that while Lacoste had been the Prince’s lawyer and confidante in the past, he would now return purely to his role as lawyer.

I had my doubts.

From JLA’s offices, I walked to DST headquarters across the River Seine.

Chef de Cabinet Thierry Matta welcomed me onto the locked thirteenth floor for a substantive discussion on a number of issues.

I lunched late on my own at Angelina’s—a croque monsieur followed by their trademark hot chocolate and whipped cream, after which I took the perfect 45 minute snooze.

When I arose, I wondered across Rue de Rivoli, into Tuilleries, with its fine view of the Louvre, Eiffel Tower, Place de la Concorde, and Arc de Triomphe, and, as the autumn sun began to set, I recall this thought:  it doesn’t get better than this.

At 5:45, I plunked myself in the St. James’s bar for a glass of perfectly chilled sauvignon blanc—a simple pleasure and a golden moment.

Then I grabbed a taxi to the Prince’s apartment on Avenue Georges Mandel in the 16th arrondissement.

I arrived at 6:30 and hung out in the lobby.  Soon, Chris Dickey arrived.  We waited together, chatting, until Thierry Jouan, on his last trip as the Prince's junior aide-de-camp, ushered us up an elevator and into the Prince’s apartment.

No servants were on hand; at the Prince's invitation we helped ourselves to drinks from the late Prince Rainier’s bar—Haig Scotch for me; Ricard pastis for Dickey—and sat in a cozy nook.

Dickey interviewed the Prince, a study in candid innocence, if focused on the talking points I had provided him.

After Dickey departed, the Prince and I spoke privately about my visit that morning with JLA.  I also informed him about my inane meeting with FBI  special agents.

The Prince agreed that I should write a letter to FBI Director Mueller asking for clarification of their relationship with us.

Then he asked if he could drop by M-Base Sunday evening for a dry martini.

The Prince was never much of a drinker, but he did enjoy M-Base martinis.


I drafted this letter for the FBI Director:

As you know, I work as a security advisor to Prince Albert II of Monaco.  In this capacity, I facilitated the Prince’s meeting with you on April 25th, 2003.

You may be aware that for a nine-year period (1993-2002) I operated secretly for the FBI on at least a half-dozen sensitive cases, including those concerning Edward Lee Howard, Ira Einhorn, and the Cuban Interests Section.  Because I took FBI-sponsored trips to Moscow, Havana and other places, operating undercover without diplomatic immunity at some risk to myself, I believe I earned the appreciation and respect of various special agents, supervisory special agents, and special agents-in-charge in the field offices of Washington, D.C., Albuquerque, Philadelphia, and also inside Headquarters.

In my role as advisor to Prince Albert I have striven to facilitate a good-faith relationship with the Bureau, with a view toward keeping the FBI apprised of any criminal activity in Monaco pertaining to U.S. citizens.

In October 2004, FBI Special Agent Charles M advised me that, because I am a U.S. citizen residing abroad, the Bureau could no longer receive information from me without specific permission from the Attorney General.  Mr. M initiated paperwork to obtain such permission and anticipated a process that would take several months.

Eleven months later, Special Agent Paul of your LA field office contacted me.  (Agent Paul has been working on an investigation of a retired Air Force colonel, a Monaco resident whose case I brought to the attention of the FBI, at Prince Albert’s request, due to this retired colonel’s serious financial discrepancies.)  Special Agent Paul suggested in his e-mail to me that permission from the Attorney General had been granted, and he requested that I travel to the U.S. to meet with him.

Two weeks ago, I met with Special Agents Charles and Paul in Washington D.C.  They stated that due to a “blanket policy” regarding persons who have contact with the FBI, in order for me to have any further contact with FBI agents I would be required to take a polygraph examination.

When I met with Prince Albert last week, we discussed this issue, and frankly, we are bewildered.

Please help us put this situation into perspective so that the Prince and I may weigh how best to coordinate the distribution of important information to those who may benefit by such information and who may be in a position to act upon it effectively.

Once we know your final decision, we can determine our options, which range from calling the FBI ANSIR hotline to report alleged crimes (from which we may eventually reap a reward of up to $500,000, although a financial reward has never been our motive) to contacting U.S. Senators as a conduit for passing information directly to your office.

I do not want to envisage a scenario whereby we have significant information about criminal activities and cannot get it to the appropriate law enforcement organization in a timely fashion, or at all.  But we appear to be in that very position currently with the Bureau, as we possess information regarding a U.S. citizen resident in Monaco who is allegedly engaged in the brokerage of uranium, and your agents, with their understanding of current conditions, refuse to accept this information from us.

Prince Albert announced at his investiture speech on July 12th that he plans to introduce a new ethic and a clampdown on money laundering.  That is what we intend to do, and we hope we can count on your support as we go forward.

Thank you for your attention.

Clair George howled with laughter when I read him this letter.

When he finally stopped laughing, I asked, "Should I send it?"

(Clair seemed to understand, better than I, the consternation it would cause at a senior bureaucratic level.)

The Federal Bureau of Investigation is in receipt of your letter, dated November 10, 2005.  The FBI appreciates your past support.  As you are aware, the FBI welcomes reporting from anyone regarding criminal activity that falls within its investigative jurisdiction.

In the future, should you wish you relay information of interest to the FBI, you are requested to contact the local FBI representative at the United States Embassy in the country where you currently reside.


When I arrived in Monaco on November 12th, Jean-Paul Carteron was in the midst of his annual Monaco World Summit, whose participants included Veselko Grubisic. the chief of Croatia’s intelligence agency,

I left a note for Grubisic at 3:45 saying I wished to see him on behalf of the Prince.

Less than ten minutes later, my cell phone rang.  It was Grubisic, eager to meet.

The magical attraction of royalty.

By the end of our meeting my intelligence service had a new liaison partner.


Not only did the Prince appear for martinis at M-Base on Sunday evening as scheduled, he was 20 minutes early. 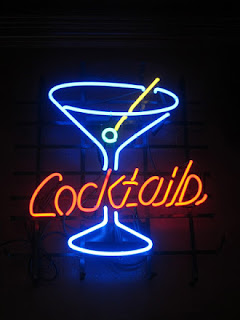 I told the Prince about our new liaison partnership with the Croatians.

“That’s the upside of Carteron,” I said.  “He brings them to our neighborhood, saves us travel expenses.”

And he read a batch of intelligence we had requested and received from the DST on various targets. I briefed the Prince on Sotrama, a company based in Russia engaged in money laundering that, more and more, appeared to link personally to President Vladimir Putin.

The Prince requested a written proposal for enlarging this police intelligence unit.

He mentioned how, years earlier, whomever was serving as interior minister had removed the Palace as a recipient of police intelligence.

From that point onward, until my arrival on the scene, the Sovereign Prince of Monaco knew only what the government wanted him to know.

Do not fear media, courts and elected representatives; embrace them.

Intelligence services are generally fearful of media enquiries, government oversight and/or being hauled into court by judges who can override confidentiality.

Many intelligence officers are risk-averse for fear of being exposed in the media for involvement in controversial operations; for them, it would be a career killer.

They are also risk-averse for fear of ending up personally prosecuted for violating some obscure statute of which their superiors were either unaware or ignored.

Intelligence bigwigs strive to avoid being grilled by congressmen who strive to enhance their political careers.

I believe it more strategic to solicit media assistance to meet objectives.

As for the courts:

When you are confident of the facts, and everything you report and write can be proven, under oath, through documents and witness testimony, the courts are your friend, not foe.