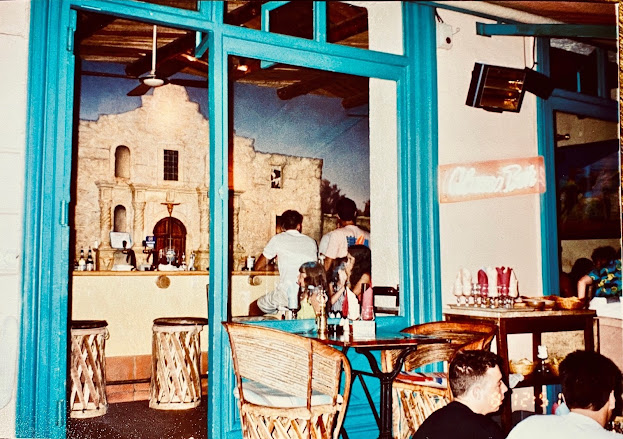 Recuping from flu and zapped with latigue (a combo of jet lag and fatigue), Winston flies into the French Riviera from the American heartland for a visit.

He, the former Time Inc. phraseologist who could summarize War and Peace in 40 lines, then psychoanalyze each character just for kicks.

“That's a three-look view,” says Winston, admiring the old town of Villefranche as we chug toward Monaco from Nice along the basse corniche, he absorbing everything at breakneck speed, opening his spirit to the space.

It seems like a good idea to take him to Le Texan straight away to smooth out any rough edges.

Harry Schultz beat us to it.

The recluse that he is, even Harry found Le Texan, if rarely venturing from his Monte Carlo sanctuary. 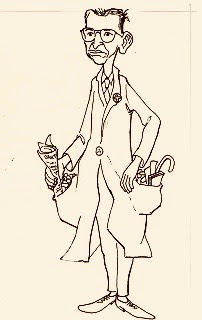 Hollywood would cast Harry as a flasher in his old overcoat and leering smile, and Tony, knowing no better, sat him at Jaw's old place near the door.

That's where I find him, peering at me through the picture window, stabbing at enchiladas.

Harry is tough on new people, assuming they're part of the Big Brother-IRS-Trilateral Commission conspiracy until proven innocent.

Thus he approaches Winston with caution.

“What's your sign?” he sneers, bringing his face so close to Winston's their noses almost touch.

“My sign?” Winston had already been briefed on Le Texan, but Harry is beyond briefs.

“When were you born?” Harry barks impatiently.

He is hard of hearing , so he cups a hand over his right ear and maneuvers it an inch from Winston''s lips.

I tell Harry that Winston arrived a few hours earlier from the States.

“I'd rather be a beggar in Europe than a millionaire in American,” sniffs Harry. Then he leans forward and whispers into my ear. “Who is the tall, balding American sitting behind me near the window?”

“I thought so!” snaps Harry.

I wait out a minute of silence.

You can hear the little cogs clicking feverishly inside Harry's brain.

“What makes you ask?” I finally say.

“I've heard this guy McMillard is investigating me!”

"Harry,” I say, “you think everybody is investigating you. What makes McMillard so special?”

“Bob Beckman told me. He says McMillard is trying to dig up dirt on me for The Times of London.”

“Harry,” I say, "McMillard couldn't find a snatch in a whorehouse. Shall we call him over and talk about it?”

“No, no, no!” says Harry, shifting nervously.

Behind him, McMillard rises and takes up a new position at the bar, craning his long neck like a giraffe, trying to hone in on our conversation.

“Oh, yes, fine,” he says quickly, glancing up, down, sideways, finally resting his furtive eyes on the bar.

This is too much for Harry.

Socializing is harder work for him than analyzing stock market trends, and his quota for a month is up after an hour at Le Texan.

He dumps his drink, flashes a leer and disappears down a Condamine back street to elude surveillance, pockets bulging with gold Kruggerands and six different passports.

Prince Albert, decked out in a flannel cowboy shirt and blue jeans, is throwing back slammers with the boys while his 80 year-old uncle, Prince Louis de Polignac, holds court with strolling mariachis.

Albert hangs out at Le Texan.

His bodyguards, too, a couple of ordinary Pierres in sports dress. 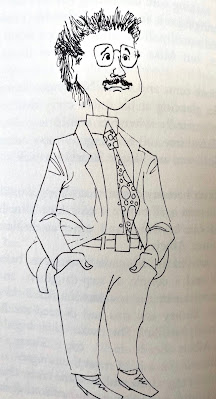 And then there's Shorty, always Shorty, rounding up girls too young for Roman Polanski.

Some folks call Shorty The Colonel, but when you say “that little wimp,” everyone knows who you mean.

Miss Katie pops up from the Prince's table with a question for me. 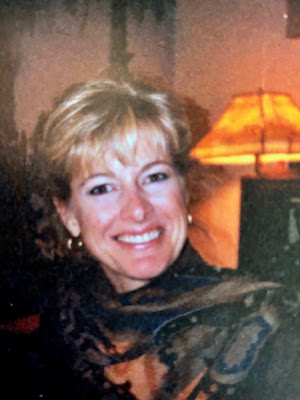 I am standing at the bar with Winston, feeding his fever and latigue with Heineken.

“Albert wants to know about that guy,” says Katie, pointing at John J. McMillard III down the bar.

“McMillard's a private dick,” I say. “Emphasis on dick. And he seems to be getting popular.”

“Missing dog inquiries. Big business in that around here.” 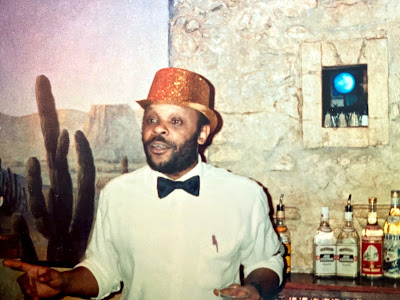 Tony the bartender overhears my conversation, like he overhears everything, and tries to make small talk with the disengaging dick as he pours him another glass of rouge.

“So,” says Tony, “I hear you're some kind-a dogcatcher or somethin'?”

McMillard gags on his wine. 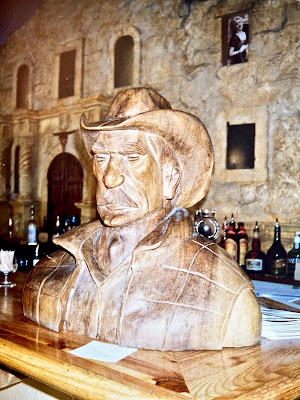 Winston surveys the whole scene, takes it all in... the peg-legged Italian cuddling up to a wooden bust of General Custer...

And John J. McMillard III (superspook), who glances furtively at everyone.

Winston studies the whole bizarre scene, then turns to me and says, “It's kind of like Aspen Cool, but better. This is Monaco Cool.”

Only four hours in town and the master phraseologist from the American heartland has defined the hitherto undefinable. 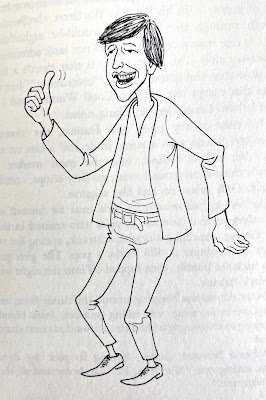 Crazy George, standing next to us, surveys the scene, too, and adds, somewhat less profoundly, “I've got  to find something to schtoink.”

“My God,” he tells Winston, eyes gleaming, “you have to come back in the summer and go to the beach, see those topless broads. What blows my mind is watching them undress on the beach. I had to stay in the water for half-an-hour!”


McMillard now watches us intently, swinging his head around whenever we return his gaze.

“Who he?” asks Crazy George.

“A spouse spy,” I say. “He thinks you're involved in one of his matrimonial disputes and has been following you around for a week.”

“Nah,” says George. He pauses a moment and sneaks a peek down at the bar at McMillard, who catches George's eye and swings his head 500 miles an hour in the opposite direction. “Really?” 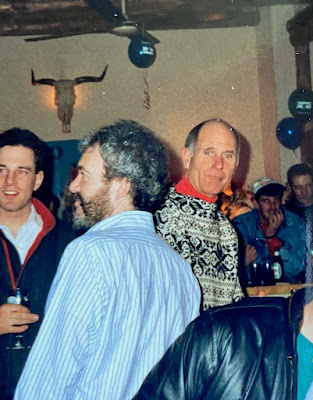 “Yep. When you leave here tonight, he'll be 20 steps behind. Look out your windown at 3 a.m., he'll be there on the sidewalk looking up.”

“Is that a pickle in your pocket or are you just happy to see me?” says George.

He looks right, left, up and down, and runs an extended forefinger from his chin over his lips past his nose before beating a hasty exit out the door, in cold pursuit, no doubt, of Harry Schultz.

And later, perhaps, to a secret mission in his bathtub.

Posted by Robert Eringer at 8:28 AM