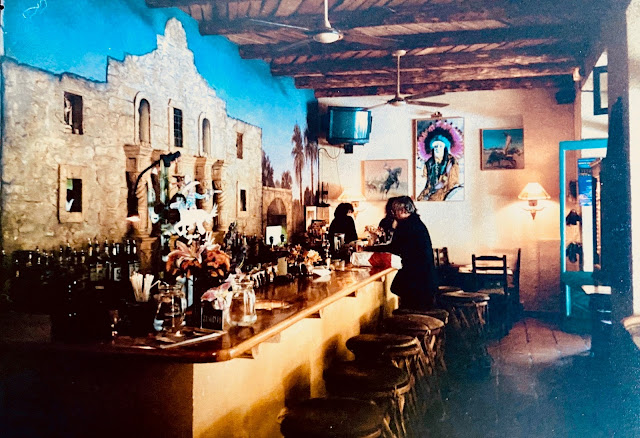 Le Texan had been closed for two weeks (Gone Fishin' said a sign in the window) and it felt like two months to the Monaco Cool crowd.

But now Richie the barkeep, from Pennsylvania, pours out a couple draft beers for Juan and me.

I'd met Juan, a Spaniard, an hour earlier when Monsieur Molass, the owner of Hotel Le Siecle (where I keep a room as a writing studio), introduced us.

It is Juan's first visit to Monaco, on business, and I sense he needs to un-stress, grow into a Monaco Cool frame of mind.

Within minutes of taking a stool at the Alamo Bar, Juan transforms from Mr. Nerveball to Senor Nirvana.

His latino good looks qualify him for a Miss Katie kiss on his first visit, record time, and the joint jumps with mariachi music and characters. 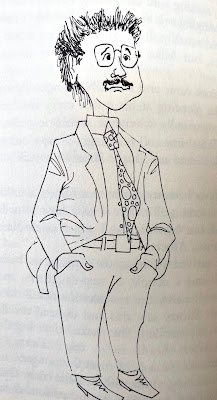 Shorty is sneaking around, doing his Houdini routine.

He radiates success in his little jacket and tie. You ask him what he does, and he replies “consultant” or “in PR.”

Sometimes he's with Prince Albert, tagging a few steps behind, and when he's not, he's trying to cultivate cute young things for the both of them.


“Jailbait,” whispered Crazy George once, envious as hell and hard up for a "schtoink" (his parlance).

But the real problem with Shorty is this:

He likes to wine and dine you, then pull a Houdini when the check arrives. 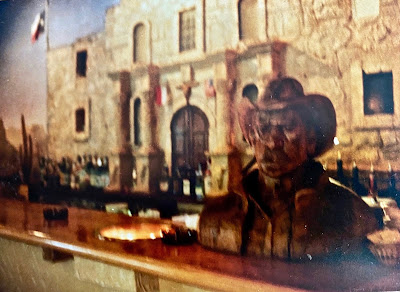 Shorty will spend 15 minutes in the wizzer. Then if he sees the check still isn't settled, he slinks around to the far end of the bar, near the bust of General Custer, and hides behind a stool till the cost is clear.


Then he pops up like a jack-in-the-box and says, “What? It's already paid? How could you—it was supposed to be my treat!”

Tony the bartender has caught on. Now he patiently awaits Shorty's reappearance from the john and thrusts l'addition into his small palm and says, “Lookin' for this?”

Crazy George plops down on a stool, folds his arms on the bar and lays his head on top sideways, grinning painfully in my direction.

This is a guy with a perpetual grin.

He cold lose a million bucks on a bum commodities deal and there would still be that grin sweeping across his face.

On this night, however, it is a distressed grin, like a child covering an urge to cry.

We wait for more, Juan and me. But there is nothing more.

Sure, I'd flown up to Paris, ran the Ritz Gauntlet, visited the Hemingway Bar, and broke it up. 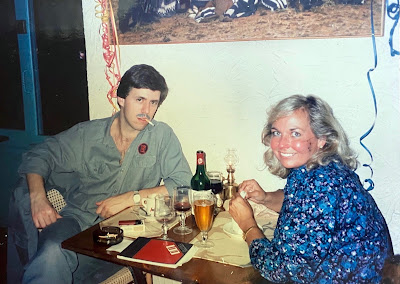 But George kept his hectic pace, between commodities and Jimmy'z, and had no Alamo Bar at which to mellow out, catch up with himself.


Bubbly Mary Carroll bounces in, all excited about landing a job at Funnyville U (my nickname for the University of Southern Europe in Fontvieille), where Crazy George teaches statistics.

Mary Carroll fell in love with Monaco while on sabbatical from Harvard, and even considered barkeep duty at Le Texan as a way to remain, tenure be damned.

But her mood was sullied by a faux pas she believed she'd pulled an hour earlier at the snooty Irish Library on The Rock.

Mary Carroll had been talking with someone when Prince Albert sauntered over to say hello.

“Oh, hello,” she had quickly replied, then finished her sentence with the other person.

When she turned back a second later, the Prince was gone, ushered away, all glaring eyes upon the “prince snubber.”

“Don't sweat it,” I tell Mary Carroll. “It was more polite to finish your sentence. You're an American. We don't bow to royalty. We only bend over for fanatical moslems.”

“But what should I do?” she pleads.

Folks in Monaco get into an awful tizzy about matters of royal protocol.

“For a start, sit down and have a shot of tequila,” I counsel. “Then, don't do anything, except have another shot of tequila if you still feel like doing something. If the Carabinieri don't turn up at your door by 6 a.m., you're probably okay." I pause. "If they do turn up, we didn't have this conversation.”

Roberto Lire saunters in, stops, hands on his hips, takes a good long look around.

Alackaday, it is a slow night for virgins at Le Texan.

So he sidles up to Mary Carroll.

“We should do more together,” whispers Roberto.

“We're already doing too much,” she replies.

Meantime, the Spaniard, Juan, is hanging out every night at the Alamo Bar, growing Monaco Cooler by the hour. 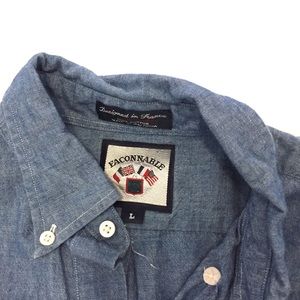 Juan traded a business suit and tie for an open-neck Faconnable denim shirt; a briefcase for a foxy Australian blonde...

...and next day returned to Madrid so Monaco Cool he was practically cryogenic.

Posted by Robert Eringer at 8:31 AM