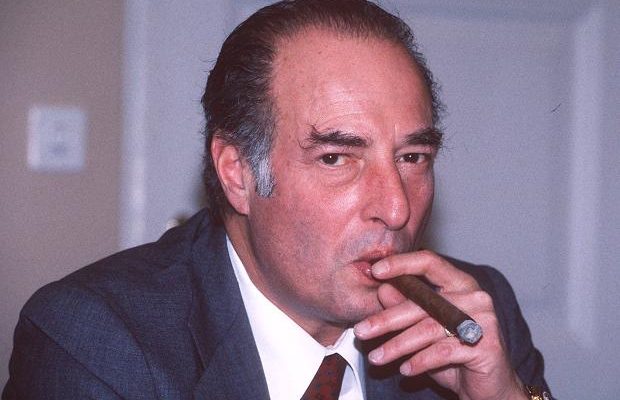 Marc Rich's New York City attorney Bob F telephoned me a month after Clair and I returned from visiting his client in Zug.

He wanted Clair and I to call Leonard Garment (counsel to Tricky Dick Nixon during Watergate), whom he revealed as chief of Marc Rich’s legal brain trust.

“You should meet him,” said Bob.  “He could be very helpful to you.”

I phoned Garment and we went to see him next morning at his K Street office. 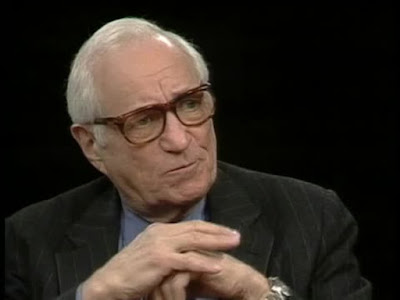 Garment was cordial, even fun, with a sense of self-deprecating humor.  He seemed embarrassed to be connected to Marc Rich, spoke about his trip to Zug in a tone that suggested it was beneath him, but what the hell, the money was good.

Then Garment provided us perspective:

He said that he had visited former CIA Director William Casey, by then deceased, at CIA headquarters. Casey had been intrigued by the notion of an exchange with Marc Rich.

But then Iran-Contra got in the way, followed by Casey’s brain tumor, and then, wham, a top law enforcement officer—William Webster—became CIA director.

We discovered, listening to Garment, why such significance had been attached to the date (October 30th) on which I had penned my ballsy letter to Marc:

During a U.S. government inter-agency meeting on the boycott of Iraq, a lawyer who had worked for Garment pointed out that Marc was in a position to know how Saddam Hussein was getting around the boycott.  Word of that meeting reached Zug.  Marc and his legal geniuses anticipated an approach.

And they thought we were it.

And then Garment drew the curtain on us:

Nothing is currently being done to help Marc’s status with the U.S. government and nothing could be done; everything had been thought and tried, to no avail.  So thank you very much for stopping by, but as you can see, we lawyers are firmly in control of this situation.

“If there’s a lesson to be learned from this,” cracked the wizened old lawyer, “Ya don’t f--- around with the status quo.”

But that’s not how I lived my life.

Clair was indicted a few months later for his role in the Iran-Contra Scandal.

Had Rich taken us on, he would most certainly have severed the relationship.

Thermal paper produced a communiqué from Bob II.  He planned to be in the Big Apple in a couple of weeks and provided three consecutive dates for lunch with him.

I consulted with Clair and launched a fax back to Zug.

No luggage, a day trip, the shuttle. I felt like a Beltway insider. 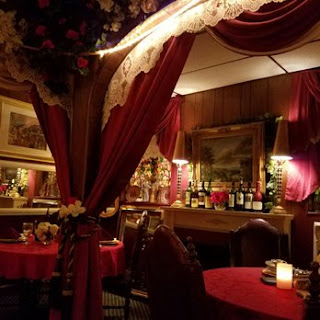 Clair and I ordered kir, munched on rolls and butter.

“That’s what I like about Cote Basque,” said Clair.  “The bread is the best bread, the butter is the best butter and…” it took only a glance at the dessert trolley to appreciate that the experience extended all the way to the end.

Bob II must have been in his mid-50s, but looked about 35; slim, wiry, extremely neat with perfectly manicured fingernails.  He sat down, a big smile, happy to see us.

I asked after the other Bob.

“He’s always the same.  We had breakfast this morning.”

After some light banter, Bob II said, “You guys have any new ideas?”

“No,” Clair replied.  “But we’d still like to help somehow if there’s a role for us to play.”

Bob II said he was pleased just to be at Cote Basque.  He had just flown in from Vail, Colorado, and was headed “home to Switzerland,” which pleased him.

We all ordered raw oysters on the half shell, Clair’s favorite, served Parisian style with vinegar and shallots, followed—for Clair and I—by baby salmon in sweet mustard sauce.

Bob II ordered swordfish.  “I can’t get that in Zug,” he explained.

And then, pleased to be dining so regally, this gourmand opened up.  “I ceased being a lawyer in 1990 and became a full-time officer of the Marc Rich organization,” he told us.

“We don’t have titles.  No vice-presidents, no secretaries—no titles.  But if we had them, I’d be president.  It’s a $12 billion company.  We have a big office in Stamford, 350 employees.  I’m here about once every six weeks. The other Bob comes to Zug about once a month, and we’re in constant touch.”

Bob told us Marc’s new travel policy:  everyone flies economy.  “We figured out it saves us $16 million a year.”

Clair and I exchanged glances.  We had already grown accustomed to flying Concorde for one of our new clients.

“Well, we’ve broken some ground since we last met,” said Bob.  “What was that, two years ago?”

“Yeah, well, Bob has been busy.  He managed to organize a meeting between the New York DA and Marc in Europe, sanctioned by both Justice and State.  Two days in Germany followed by two days in Zug. Bob demonstrated through documents that Marc was not doing anything illegal with his money until he received bad counsel from a law firm.  Bob showed them the documents, laid it all out.  And they said shit!  That was their reaction.  Shit!  They were impressed, went home.  And then we heard back.  They said everything we showed them looked great, but that they had an institutional problem.  We hadn’t done what they’d indicted us for but later moved into a new operational mode utilizing the lawyers’ bad counsel.  And this was shown to include wrongdoing.  But the point was, they wouldn’t have known about Step Three if they hadn’t indicted us for Step Two, which they shouldn’t have done.  That’s the institutional problem.  Maybe we can get it solved, I don’t know.

“The DA in Baltimore got involved because they’ve got a hard-on for Tom Billman, a Maryland conman who ripped off his savings and loan for $60 million and split—he’s a fugitive.  They want to find him badly.  And they say, can you help us?  As if we fugitives stick together or something.  Well, in fact we have a damn good information network, and we’re pretty good at this sort of thing.  And Baltimore makes it clear, if you help us get Billman, we’ll put in a good word for you.

“We have an ex-Mossad guy who runs Marc’s security, and this guy started milking all his contacts everywhere.  Our security department employs two-dozen people.  The Mossad guy even investigated Marc’s daughters’ suitors in the States.  You’d think a 20 year-old doesn’t have a background.”  Bob II shook his head.  “You’d be amazed by what this guy comes up with—he goes through garbage, everything.

“We think Billman’s in Europe or that he lives in an English-speaking country.  He’s lost his beard and about 30 pounds and probably picked up a new language.  But we started tracking his money and found some of it in Hong Kong.  And now we’re just waiting.  Sooner or later he’ll use the account and we’ll find out where he’s hiding.

“But it gets more complicated.  Before that, we thought we’d found him—living in Virginia! We had pictures of him coming and going, the works.  So Bob contacts Baltimore and suggests that before we hand anything over to them, they clarify how they’re going to help Mark.  And those f------ get all defensive and say, if you’ve got information on Billman and you don’t hand it over, we’ll haul you all in as accessories, co-conspirators, obstructing justice, withholding information, the works!  Can you believe it? So Bob got worried, and we turned it over.  And they said, ‘You’re right, it’s him!’  They went to pick him up and it turned out to be the cousin.  Same beard, same physique.  So Bob tells them, ‘That’s it—we’re not cooperating with you anymore—we don’t need to be treated like this.’

“About six months later, Baltimore calls Bob and tells him they’ve gotten nowhere, that the only lead they ever had—the cousin—came from us.  And they pled with Bob to play ball again.  Bob insists on a formal letter setting down in writing that they would help Mark if we provide information that leads to the apprehension of Billman, and so they do.”

The oysters had come and gone.  Clair and I were mesmerized by Bob II’s story.

“And while all this is going on,” he continued, “we get contacted by other branches of the government, all wanting something.  John Kerry, the U.S. Senator from Massachusetts, wanted information on BCCI for his banking committee investigation, the assumption being that we’d do business with BCCI because scoundrels stick together or something.  Well, we pointed out that we were approached by BCCI once, about eight years ago, and we still have a letter showing we declined to do business with them.

“Then the State Department contacted us—this was through Len Garment in Washington—and State wanted information on how Iraq was able to move money around.  We declined.  That’s our business.  We don’t mind helping to catch Billman—he’s a crook who ripped off grandmothers.  But we can’t shop people who affect the way we do business.

“We know the new direction of the CIA is economic intelligence—the wave of the future.  They should be interested in us.”

We were back to Marc Rich’s willingness to share his files with the CIA.

Clair suggested what they needed was someone in Washington that could clock the credits, keep track of brownie points, and ensure the right people did not forget.

“I’ll talk to Marc about that,” said Bob II.  “You understand, it would not have done either of us any good to be working together this past year and a half,” a reference to Clair’s Iran-Contra indictment and subsequent trials (the first ended in mistrial).

We bade farewell to Bob II on East 55th Street, and Clair and I cut into the St. Regis Hotel so he could grab some smokes.

“I can’t believe how open he was,” said Clair.

On the flight back to Washington, Clair explained his ambivalence about creating a relationship between the CIA and Marc Rich.

The U.S. government, he said, could already find out anything it wanted about Rich through NSA intercepts.

But the real problem was this:

No one in today’s Washington is willing to take risks.

Intelligence operations are supposed to be conducted on a risk versus gain basis.  But these days, everyone is so scared of getting caught out on something that they’re unwilling to take any risks at all.

Said Clair:  “They look at an operation like this and say, ‘Yeah, it’s interesting, but if the newspapers get hold of it, my career is over—sacrificed to the hyenas, and maybe even lugged into court for breaking some kind of obscure law and having to spend hundreds of thousands of dollars I don’t have to defend myself.’”

Clair would know, did know.

He had devoted his entire career, his life, to the CIA; he and the agency had grown up together, and he adored the institution that he so well personified.

It was devastating for Clair, who served his country so well, so bravely, with distinction, to be served in return with a criminal lawsuit titled "The United States of America v. Clair George."

They wanted Clair to throw the President of the United States under a bus. And he wouldn't, didn't.

Shame on (thalidomide defender) Lawrence Walsh, the independent prosecutor, and those powers-that-were.

Posted by Robert Eringer at 6:03 AM