JLA invited me to the Palace to join him and the Prince in the turreted office that once belonged to Princess Grace.

The Prince was extremely agitated; unable to find the words he wished to say.  Word juxtaposition never came easy to him, a flaw exacerbated by his occasional stutter, especially when he was stressed.

Having signed his appointment as justice minters, the Prince did not want to hear my message and, again, fixated on the mystery Red Cross painting, to the exclusion of all else.

I mentioned a Swiss account Narmino had allegedly hidden behind a nominee—new intelligence from POLO.

“That’s not against the law,” the Prince snapped.

True.  But the only reason for a Monegasque to hide money, since there is no income tax in Monaco, is if that money is dirty.

On the way out, I reminded the Prince of a five o’clock meeting at M-base with the CEO of the (UK) Financial Services Authority.

But he showed up, pulling himself away from a meeting, driving down The Rock without a bodyguard detail.

“This better be good,” he said as we ascended to the ninth floor.

It was very good indeed.

The FSA’s CEO, John Tiner, was not only well spoken but delivered substance not sizzle.

His specific interest had us both riveted.  The Prince also took the opportunity to read several reports SIS had produced for us.

That evening, while dining with my British friends, I experienced an attempt on my life—attacked by an errant oyster or poisoned by a French gastric bug doing the rounds.

(As my SIS friend later told me:  “You were suddenly absent, then white, then green.”)

I excused myself, returned to M-Base, purged the bug, and affected a Rasputin-like rebound to the table not 30 minutes later.

Next afternoon, I met Romain Clergeat of Paris Match, as part of Operation Scribe.

I introduced myself to Clergeat using the time worn principle of off the record.  We met in the bar of Quai des Artistes and eventually ambled down to Stars & Bars for a bite.

Clergeat told me he had seen photos of the Prince engaging in homosexual sex, “taken at a party, fifteen years ago.”

The Prince’s sexual preferences did not interest me, except for one thing:  I always wondered, based on his behavior—erratic, indecisive—if he was being blackmailed by somebody, or more than one somebody.

The Paris Match reporter was also absolutely convinced that the Prince had a third child somewhere in Europe.

I had the same concern, but to those who ridiculed the Prince’s parentage of Alexandre and Jazmin, I spun thus:  “In the early 1700s, King Augustus of Poland had 365 illegitimate children, give or take a dozen.”

It seemed a royal prerogative.

Clergeat also believed the Nicole Coste debacle was engineered within Monaco to embarrass the Prince.  Objective:  To put him on edge and distract him from taking control at a crucial juncture.

If this were true (and I believe it was), it certainly had the desired effect.

We agreed on a mutually beneficial relationship whereby Clergeat would investigate leads I provided.

His only condition was that I organize an interview with the Prince for a photo-story that would detail all the wonderful things the Prince was doing to improve the principality and cleanse it from corruption and money laundering. 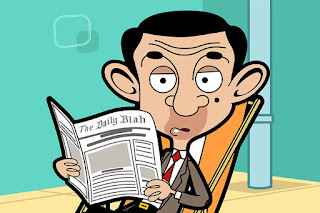 The Prince’s lawyer, Paris Clique clown Thierry Lacoste, nixed any such relationship because of his personal grudge against Paris Match for exposing a situation (Nicole Coste) that stemmed from his own incompetence.


Paris Match had been sued, had lost, and paid a penalty.  But they appeared not to harbor any ill will and showed good faith to start fresh and move forward.

Lacoste would have none of it because of the egg on his own face.

Next evening I had drinks with Conseil Nationale President Stephane Valeri at his home.  We discussed the machinations at the Palace in the seven months between Prince Rainier’s death and JLA’s arrival as chef de cabinet.

Valeri believed that by choosing JLA instead of Biancheri the Prince had thwarted a bloodless coup d’etat.

“But it’s not over” warned Valeri.  Biancheri was still finance minister, despite being informed by the Prince and JLA that he would be removed, and Narmino was chief of judicial services.  “They will think they’re invincible, that they can survive anything.”

I asked Valeri, with nonchalance, about David Iakobachvili.

His eye and body language immediately changed from confident to nervous.  He began to blink incessantly and actually gulped several times.  Valeri told me Jean-Paul Carteron had introduced him to Iakobachvili and that he saw him about every three months.

“But no business,” he added.

I hadn’t asked about business.

Proust had apparently bad-mouthed Iakobachvili to Valeri, advising him to steer clear based “on information from Paris.”

Valeri indignantly postulated to me:  “If that’s how Paris feels, why do they tolerate Iakobachvili in France?”

We moved onto Carteron, though, throughout the rest of my visit, Valeri kept returning to Iakobachvili, talking about other topics as if in a trance, his brain trying manically to work out why I had asked about Iakobachvili, what I meant by asking, and did I know about the Swiss funds?

Valeri professed to like Carteron, though he knew Proust did not.  He said he thought Carteron’s summits were “good for Monaco because of the important political leaders it brings.”  He did not know Carteron’s summit had been expelled from Switzerland, nor about Carteron’s connection to the Duvalier monsters.

Meantime, JLA met with Carteron and ordered him to remove Monaco from the name Monaco World Summit.  Carteron told JLA he’d heard someone in Monaco—he thought Proust—had requested traces on him from the DST.  (It was our service, of course.)

Carteron could only have heard this from someone inside one of the French intelligence services, suggesting, again, his connection to DGSE.

I was satisfied that Carteron and Proust would spend at least part of their time whacking away at each other, save me the trouble.

JLA had asked Carteron directly:  “Was your summit expelled from Switzerland?”

Carteron neatly evaded:  “I am Swiss,” he replied.


Next morning the Prince spent an hour at M-Base, greeting me with, “You, again,” wary of more bad news.

I’d told the Prince at the beginning he’d tire of seeing my face because I would tell him only the truth, and the truth was most often (in Monaco, anyway) unpalatable.

He shrugged it off then, and shrugged off my reminders since, but I knew the truth was wearing on him.

I conveyed Romain Clergeat’s comment about the Nicole Coste scandal being engineered within Monaco to embarrass him, and the Prince laid a bombshell upon me:  an influential Monegasque banker named Enrico Braggiotti knew about the illegitimate son before news of it was published.

In light of Valeri’s “bloodless coup d’etat theory,” Clergeat’s theory was plausible, not least because it was not just Braggiotti who knew about Alexandre.  According to Stephane Valeri, Braggiotti heard it from Jean-Marc Giraudi, a man the Prince used as an errand boy—son of Erminio Giraudi, who linked in financial shenanigans to Franck Biancheri.

(Monaco is a very incestuous place; Monegasques collect stories and rumors about their Prince for their own insurance.)

My deputy and I briefed the Prince on Oleg Kim.  It was not a pretty story.

First came to Monaco in 1992 and stayed at the Beach Plaza Hotel.  Must have liked what he saw because in 2000 bought a villa in nearby Cap Martin, the same year he came under suspicion for acting as middleman in a contraband weapons deal for a company called Rosvooroujenic.

Also in 2000 Italian police suspected him of laundering money for the Lyubertstskaya organized crime group in Moscow.

And now the kicker:  Olga Kim was linked in the traffic of weapons to Adnan Houdrouge, who told her that Franck Biancheri could assist in the financial aspects of their relationship.

It was how Oleg Kim made his original money that caught my attention:  he would borrow millions of dollars at high interest then use some of it to kill the lender.

According to a report we had from the interior ministry in Moscow:

“In 1995 Kim borrowed 59.5 million US dollars with 15 percent interest from the stockholders of Krasnoyarsk Aluminum Plant and never returned the loan.  This loan was given to him by the personal responsibility of General Director Kolpakov.  In 2001 Kim ordered the killing of Kolpakov.  There is also information about his participation in the murder of Felix Lvov (representative of Krasnoyarsk Aluminum in 1995) and his girlfriend in 2001.”

Our concern was this:  allowing Russian organized crime to find a home in Monaco was playing with fire.

Sooner or later, rival Russians might hit at each other on Monaco territory, and that would be very bad indeed for the principality’s commerce and tourism.

This is what we, in the Prince’s service, wanted to prevent.

JLA phoned me next day with a special request:  the Palace was pushing hard to restore its constitutional power, much to the disgruntlement of the government and the Conseil Nationale, whose members had been chipping away at Palace rule for years and gathering pieces for themselves.

We needed to listen for dissent, especially from the government—what its members thought, said and planned.  We needed to be forewarned and thus forearmed by tuning into these grapevines, gently squeezing the grapes to produce fine wine.

And this request:  Jean Kerwat, an Italian citizen born in Libya, had been proposed as a consul from Croatia, referenced by Jean-Paul Carteron (of course, part of his livelihood), who enjoyed a close relationship with the Croatians

We ran traces and found Kerwat to be clean; it was Carteron, as usual, who was not:

He had taken Kerwat for two very expensive Breguet wrist-watches, his commission for introducing and referencing his consulship.

In other words, business as usual in the principality.

Posted by Robert Eringer at 8:53 AM