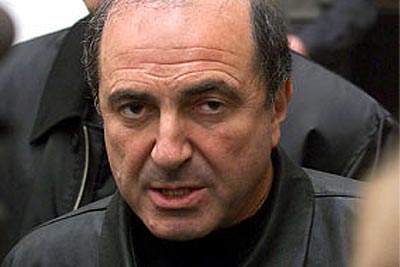 On February 1st, I flew with Ian M to Rotterdam.

After landing we walked across the tarmac to a bus; the Fokker 50 on which we’d flown on this dark, foggy night looked like the final scene in Casablanca.

An hour later we arrived in The Hague to meet with Dutch foreign intelligence chief, Kees K.

Kees seemed a tad confused at first, having Googled my name and come up with spy novels.  And it was true:  I am the only author of espionage novels to become a spy chief and not the other way round.

At a restaurant called FAB we reached tentative agreement to create an unofficial liaison partnership, pending authorization from the Dutch prime minister.

Next, Ian M came through with a contact at SISMI (the Italian external intelligence service), Alberto Manenti, chief of staff to the director (later to become the director himself).

Alberto agreed to visit Monaco with two of his associates one week hence.

Meantime:  EJ, who had resigned as Latvia’s interior minister rather than sign a decree banning Boris Berezovsky from entering Latvia, arranged for me to meet the billionaire oligarch.

I stood in the lobby of London’s Dorchester Hotel just before five o’clock, as appointed.

It is imperative in the intelligence business to arrive early and scope out the environment of where a rendezvous is planned.  This would be especially applicable for a meeting with Berezovsky, President Putin’s number one enemy at a time when Putin was having his opponents and critics bumped off.

At five o’clock precisely, short, shifty-eyed Berezovsky rounded through the Dorchester’s revolving door.  He looked around nervously; behind him, two 6'5 six-British bodyguards scanned the lobby.

I walked over, offered my right hand.  “Hi, Boris—can I buy you a drink?”  (I’d always wanted to say that to a billionaire.)

The goons backtracked.  One spoke into a two-way radio.  “Coming out,” he whispered.

Berezovsky and I were ushered into an armor-plated limousine.

The two goons sat up front.

Just three hundred yards later, a ten-second ride, we arrived at his upscale private club, where I was ID’d and photographed before gaining entry as a guest.

Berezovsky led me into the bar, empty at this hour, to the very far end, where he could place his back against the wall.  He ordered Earl Grey Tea, honey and lemon, and finger sandwiches for two.

This caught Berezovsky off guard.  “I don’t know.  What is the framework of our meeting?”

“EJ from Latvia put us together,” I said.  “I direct an intelligence service for Prince Albert of Monaco.”

“Ah,” said the oligarch.  He explained that he’d been invited by the governor of Colorado to attend a conference in Aspen, and he wanted to go, but he had a small problem:  he was barred from entering the United States.

He had called the U.S. embassy in London to try to make an appointment to discuss the situation, but they wouldn’t even return his call.

“Because of President Bush’s relationship with Putin,” said Berezovsky.

The U.S. government, he continued, would not do anything that might offend the Russians.

He added that his friendship with Neil Bush, the president’s brother, was not useful to this end.

His friend Rupert Murdoch “can’t make a dent,” and another friend, Henry Kissinger, “always sees me but won’t rock the boat on this.”  Yet another friend, Bill Clinton, “won’t touch it.”

If Rupert Murdoch, Henry Kissinger, and Bill Clinton could not help Berezovsky get into the United States, I did not know what Boris expected me to do about it.

So I gather, like others, Berezovsky thought I worked for CIA, and he wanted to horse trade.

I did not, could not.

Berezovsky’s cell phone jingled incessantly and he finally handed it to his bodyguard and snapped, “Take it away, and don’t interrupt me unless it’s an urgent call.”

So Berezovsky spoke with Uri Geller, the celebrity Israeli psychic, for two minutes, though nothing about their conversation seemed urgent.

When Berezovsky finished with Geller, he told me that Putin would extend his rule beyond 2008 (turns out he was right) because “Putin has too many enemies to give up power.”

Berezovsky further told me the only solution for Russia was coup d’etat by the military, and following a coup he—Berezovsky—would immediately return to Moscow and run Russia with Mikhail Khodokovsky (then imprisoned by Putin).

I decided against pursuing a relationship with Berezovsky after assessing the risk versus gain principle (a tenet of good intelligence work).

And this comes from someone not generally risk-averse.


Just over seven years later, this self-exiled Russian oligarch was found dead at his home in Britain with a ligature tied around his neck.

This was a man who valued his life.  And had good reason to believe at least one very powerful person wanted him dead. 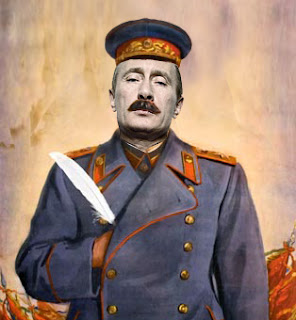 As New Russia’s New Stalin, Putin, a product of the KGB, had a decade earlier embarked on a systematic plan to eliminate Russians perceived by him to have betrayed the Motherland.

This was, after all, a Communist tradition, commencing with the assassination of Leon Trotsky.

The boldest assassination was that of Alexander Litvinenko, an ex-KGB officer resident in the UK, who suffered an agonizing death after drinking tea laced with Polonium 210, which inadvertently subjected innocents to radiation poisoning.

A former KGB officer executed that hit, as ordered by Russian FSB chief Nikolai Patrushev, and approved by Putin.

Which means that Boris, who had been close to Litvinenko, had much to fear—paranoia that even Zyprexa and Abilify would not suppress.

But this guy took precautions not medication.

And he was never treated for depression, the usual cause of suicide.

So how does Berezovsky come to die with a ligature around his neck, as if he were an ill-fated character in The Godfather?

It was reported that two officers from Her Majesty’s Secret Intelligence Service (SIS), which kept tabs on him, visited this one-time Godfather of the Kremlin on the eve of his demise.

Did they carry such bad news that the almost-broke billionaire decided to end it all at whim, having already planned a trip to Israel the following week?

Putin’s press machine zoomed into gear (or was already geared), not only blaming the Brits but also leaking a story (true or not) about Boris having penned a missive to Putin begging forgiveness and permission to return to Mother Russia.

Back to my meeting with Berezovsky in London seven years earlier:

He spoke with passion of overthrowing the Russian president he helped handpick from obscurity (to replace the drunkard Yeltsin), returning to Russia, and running the country himself.

I, apparently, was not the only person to whom he spouted off.

A few weeks later, his insurrectionist stance got reported in the media, resulting in a censure from the British government after protests from Putin.

At the time, I mentioned my bizarre meeting with Boris to a senior member of SIS, asking if continued contact would have any upside.

This chap looked at me mournfully and, after a few moments silence, he said quietly, “There’s nothing but death associated with Boris Berezovsky.”

Posted by Robert Eringer at 7:07 AM