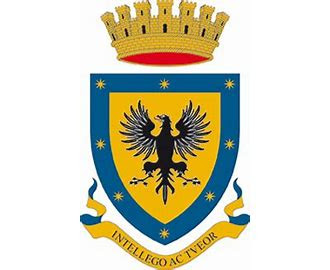 JLA phoned to tell me that it was too late to change the appointment of former KGB officer Igor Yurgens as Monaco’s consul to Moscow even though nobody in Monaco's government knew who Yurgens was, who appointed him or how to reach him.

When I broached this with the Prince, he said, “I may have signed the order.”

And he didn’t know if it could be revoked.

The Prince dropped by M-Base for a working lunch of take-out sushi, joined halfway through by JLA.

An undeterred Jean-Paul Proust was still circumventing the expansion of SIGER while continuing his effort to insert Alain Malric into an intelligence role.

Malric had become chief of the police gambling division in Monaco after the French RG, where he’d worked for 20 years, no longer wanted him around and, according to my agent LIDDY, “didn’t know what else to do with him.”

The Prince promised to thwart Proust from his rogue agenda.

I asked the Prince about two jetty towers—historical landmarks, a century old, built by Prince Albert 1st—that had just been removed from the port for no good reason. 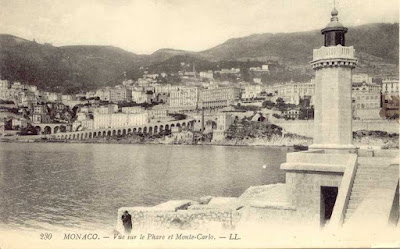 The Prince did not have an answer, saying only it would cost two million euros to preserve them.

It was obvious to me he’d been pressured into their removal by those who stood to gain financially from this destruction of Monegasque history and culture.

At the Prince’s suggestion, with reference to the (UK) FSA’s interest in errant British subjects suspected of insider trading from Monaco, I made contact with an official in the finance ministry.

HUNT, as I code-named him, impressed me from the moment I met him with his humanity and intelligence.

“Monaco is the world in concentrate,” he told me, “with good and bad condensed.”

HUNT briefed me about the four-person SICCFIN team whose mission was to investigate suspicious activities within Monaco’s banking system.

But it seemed to me, listening to HUNT, that the banks were making a mockery of SICCFIN, keeping it busy with bogus Declarations of Suspicion.

Apparently, if an account holder wanted to move their substantial deposit from a Monaco bank elsewhere, the unscrupulous banker would file a Declaration of Suspicion that would effectively blackball the account holder from opening accounts anywhere else.

In other parts of Europe—Liechtenstein, for example—false Declarations of Suspicion were illegal, but not in Monaco.

SICCFIN allowed itself to be manipulated by Monaco’s banks, a case of the fox looking after the chicken coop.

The other advantage of filing false Declarations of Suspicion was to generate numbers to impress the oversight folks in Strasbourg and falsely demonstrate that Monaco was doing its job, which it most certainly was not.

Only SICCFIN had the authority to deal with bank compliance officers, so the banks, essentially, policed themselves through a bankers association run by—surprise, surprise—a chairman from one of Monaco’s major banks, Companie Monegasque de Banque, which had been (and still was) the major center of Italian money laundering.

That was why I wanted SIGER to be able to access accounts at Monaco’s financial institutions.

On February 7th, I met in M-Base with two officials from SISMI, the Italian external service, and a colleague of theirs from the Guardia di Finanza, an expert on financial crime in Italy.

A liaison partnership with us was very doable and extremely welcomed, they told me, pending their return to Rome to brief their chief and gain his approval.

Alberto Manenti, whom I liked at once, provided excellent counsel on our communication system:

First off, the Enigma cryptographic cell phones we occasionally used not only would have a back door to Germany, where they were manufactured, but they also, when in use, shot up red flags to those engaged in Signals Intelligence, like the U.S. National Security Agency and the UK GCHQ-Cheltenham.

It posed a challenge, on which their technicians would fixate until cracked, and if they couldn’t crack it, they would disrupt calls repeatedly until the users got so tired of interruptions they’d give up and remake the same call without cryptography, by which time everyone was all ears.

Second, the US, UK, Russia, France, and China possessed technology to listen in on any cell phone anywhere, even if the phone is switched off.

The only way to ensure one is not monitored—even when not on the phone (it is an open microphone)—is by removing the phone’s battery.

Third, Alberto pointed to our “hotline”—the cryptographic STE phone for communication with CIA in Paris.

Once plugged into the wall, he told me, it was capable of monitoring all of our landline conversations and also eavesdrop on conversations within M-Base.

Unplugging it would not solve the problem, he added, as it would be equipped with a back-up battery.

(After our meeting, I moved the STE from my large L-shaped M-Base desk to an appropriate spot near the toilet.  The only conversations it picked up thereafter were, shall we say, rather flatulent.)

Alberto graciously offered to assist with new liaison contacts, such as Dubai and Libya, and thought aloud about getting me into The Mediterranean Club, an informal association of intelligence chiefs from countries bordering the Med.

Police Captain Subraud phoned me that afternoon with a new result from Operation Visitation:  He had heard from MING’s Monaco lawyer—a man named Berg.

I instructed Subraud to let them stew, wait a week before returning Berg’s call, then say, We want to see MING, not you.  He’s a resident, supposed to be living here, so where the hell is he?

LIPS from CIA in Paris dropped down.

It had been a while since we'd barred him from meeting the Prince due to his lack of substance and proclivity for prevarication. 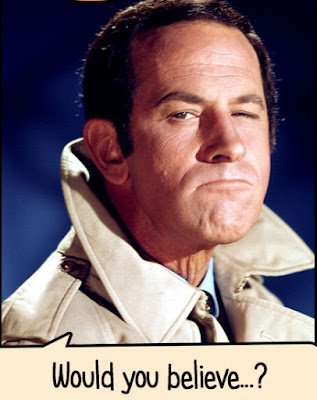 The European division chief’s visit had been cancelled abruptly and never rescheduled; LIPS had cancelled several visits, once not bothering to call to say he wasn’t coming for a scheduled rendezvous.

As for the team from headquarters that was supposed to visit from Monaco, following my last visit to Washington?

Looking back, it is clear to me that LIPS himself ensured that no one from Langley would visit.

When I told LIPS we had opened, at Langley's request, an account at Nat West in Guernsey, he said, “Why did you do that?”

I replied, “Because Phil R at headquarters specifically requested we do this for receiving funds, as promised, for joint operations.”

“What do you mean?  My deputy spent a full day flying down to Guernsey and back and filled out a dozen forms just to open this account.”

Posted by Robert Eringer at 6:51 AM