In London, I met Ian M for a bottle of ’94 Gran Riserva rioja at Ball Brothers in St. James’s.

“The French have offered me 10 million euros to piss off,” I joked.

My escalation of liaison relationships improved our ability to operate, but probably made the French nervous.

“The French consider Monaco their hunting ground,” said Ian, “and you’re uncovering things the French want exclusively for themselves.”

Back in Monaco, on February 16th, Captain Yves Subraud was first to discover our new security policy at M-Base:  No cell phones.  They had to be switched off and batteries removed before entering our discussion table.

Eight months earlier, said Subraud, the deputy minister of the interior ministry asked the police chief’s secretary to open a “confidential and urgent” investigation of me.

Ninety percent of such investigations channeled to SIGER, but this one had been routed to the Administrative Division.

All they could determine, Subraud told me, was that I am American, a “journalist,” that I kept an apartment in Monaco—and that the Prince visits often.

Had they bothered to pop my name into an Internet search engine, like Google, they could have done far better in their quest for information on me. 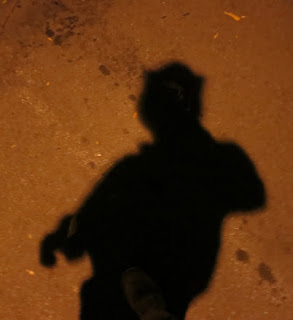 I’d like to think their dismal effort was proof-positive we were doing a great job remaining invisible; even three years on, nobody could nail down rumors that the Prince even had an intelligence service.

But, no, this was typical of the Monaco police department’s sloppy investigative practices.

The Palace accountant, Claude Palmero, continued to hamper us by not paying my quarterly invoice until the Prince ordered him to do so no fewer than three times.

Until the Prince had arranged for me to meet Gottlieb and Subraud, Palmero had been acting as a self-appointed intermediary between them and the Prince.

After Rainier’s death, without authorization from Prince Albert, Palmero tried to formalize the arrangement, to the extent of offering Gottlieb money from his own pocket.

This accountant apparently fantasized himself a super spy.

Or maybe he just liked to collect gossip about his neighbors.

Subraud even provided him an anonymous pay-as-you-go cell phone.

When JLA arrived at M-Base to start his working day at seven o’clock on February 22nd, Proust’s recalcitrance was high on the agenda.

Every time JLA put him in his place, Proust would barge into the Prince’s office the minute JLA left town and turn the Prince around.

Thierry Lacoste was also an ongoing problem, abusing his influence as the Prince’s lawyer to make money from Monaco-based clients who wanted to bring business projects into Monaco and who, through Lacoste, got the Prince’s attention and, worse, his acquiescence.

I recommended to JLA that the Prince retain in-house Palace counsel with no conflicts of interest.

“Or,” JLA added, “at least a second legal opinion to keep Lacoste in check.”

JLA concurred that it made excellent sense for the Palace to create good relations with Paris Match, with whose editor he’d breakfasted the day before in Paris.

JLA confirmed it was Thierry Lacoste, his pride at stake, who’d poisoned the Prince’s judgment on this matter.

Very late on February 28th, JLA phoned to inform me that Franck Biancheri’s termination, as finance minister, was imminent.

He added that Proust had said to him, “I know you have a former CIA guy working for you.”

Three days later, a quite fascinating email arrived, addressed to the Prince’s lawyers—Thierry Lacoste in Paris and Bobby Marx in New York City—and copied to me, from Gavin de Becker, on behalf of Jazmin Grace Grimaldi.

De Becker, founder of Gavin de Becker & Associates, a security consulting firm based in Los Angeles, had written this document in response to the Prince’s new settlement condition that he not recognize Jazmin as his daughter until her 18th birthday.

In his 14-page letter, de Becker essentially threatened that if the Prince did not recognize Jazmin, and meet with her very quickly, he was prepared to make Jazmin the poster child for abandoned children everywhere in the world.

Jazmin, he stated, would write a book for global consumption, and de Becker would personally ensure that she got onto Oprah Winfrey’s popular television show, and Larry King Live, among others, to blacken the Prince’s name as a deadbeat dad.

A top literary agent, he wrote, had already been consulted on this project and was foaming at the mouth to get started.

Perhaps a book written by a 14 year-old (her age itself being a powerful and intriguing factor) might express the heart of the matter.

Once a reader or reviewer or interviewer gets past the fact that this particular abandoning father is one of the world’s most famous monarchs, we are left with a girl’s experience that can enlighten and help many people.  It’s a common story:  a father knows his daughter exists yet doesn’t care for her, meet her, or even acknowledge her.

Why did that happen in Albert’s case, since he could have supported her even if he chose not to know her?  We’re told that his father prohibited it.  While one can readily accept the pressures and repressions of a public royal life, a few thousand miles away from Monaco is a young girl who knew nothing of politics, pressures, and repression.  She knew only that her father had no interest in her.  In the current situation, she watches as the negotiations indicate that her father wishes she didn’t exist at all—he actually seeks to require her by contract to be the Invisible Girl or else suffer continued financial stress.

This very week, her birthday week, she reads more denials of her existence in the news, quotes from her father about it being “impossible” she is his daughter—public statements made on the very day she is being pressured to sign an agreement.  Another news story has a quote from her father characterizing those who make claims of paternity as “jumping on the bandwagon.”

…I had a clear vision of Jazmin on Oprah’s Show (a client and friend of mine) and on Larry King (whom I know well), and being interviewed in Time and Newsweek—not about Albert as a monarch, but about a girl’s experience when her father elects to un-know and invisibilize her.

…A problem your lawyers now face is that they have only one thing to negotiate with:  Money.  But compensatory money cannot compensate for unlove, or a father wanting her to disappear.


Essentially, de Becker was threatening the Prince with an ultimatum:

Recognize Jazmin or face the PR nightmare of your life.

Albert heard about this letter while traveling in Austria. 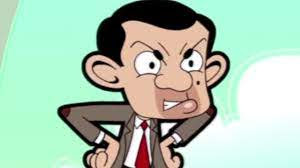 Lacoste reacted by blaming everyone else, causing the Prince to phone me and request that I “leave it to the legal boys.”

But three days after asking the Prince to request that I stay out of the Jazmin matter, Lacoste telephoned me and requested I re-insert myself into the equation.

Specifically, he asked that I investigate Tamara Rotolo’s media contacts in some harebrained scheme to demonstrate that she’d always had public exposure in mind, which I knew to be untrue.

In fact, Rotolo had taken it upon herself to shield Jazmin from the media.

Yet, even if true, this would certainly not be a defense against the media extravaganza Gavin de Becker threatened, and seemed prepared and very able to implement.

And all of this could have been avoided if Albert had discreetly met his daughter in M-Base two months earlier.

Posted by Robert Eringer at 6:24 AM