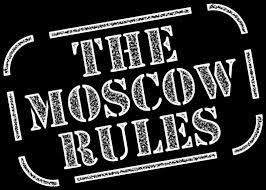 While the Prince was traveling in Austria, a Russian general presided over an award ceremony in his Palace at which he presented aide-de-camp Bruno Phillipponnat with a decoration, attended by all the usual suspects: Gerard Brianti, Leonid Sloutsky, Robert Munsch, and Gocha Arivadze.

Such antics had reached the point of absurdity.

On the evening of March 10th, I met with Claude Palmero for a drink at Fusion.

I wanted to convey that we were on the same team, the Prince’s team, that I would willingly include him should he desire a role in our intelligence effort.

Instead, it became clear within minutes that Palmero’s sympathies lay with Franck Biancheri, whom he described as “destroyed and devastated.”

Palmero was convinced Biancheri’s “enemies—Stephane Valeri and Enrico Braggiotti—set him up”—and that the Palace caved to the power of media.  (Braggiotti’s weekly newsmagazine, L’Observateur, had called attention to a few of the finance minister’s transgressions.)

Palmero complained that Valeri wanted to be the first Monegasque minister of state—and Biancheri was his only competition.

And Palmero voiced a personal reason for his displeasure:  his own father, implicated in a Monaco postage stamp scandal, became obsessed with it, suffered a heart attack and died at the age of 68.

“The stress, the humiliation—it killed him,” Palmero told me, adding that Biancheri was going through the same thing.

As for the behavior that led to Biancheri’s shame:  “His dealings were in the context of the times,” said Palmero.

Did I really think, more importantly, did the Prince really think Monaco could wash away a history of corruption and dirty financial dealings?

By March 16th, I’d been to London and was back in Monaco.

I had just enough time to change clothes before meeting JLA at 5:15 in the Palace.

That morning, he’d had a major confrontation with Proust.

The Minister of State dug in his heels, refusing to restructure SIGER, demanding he be permitted to create his own intelligence service with Malric at the helm.

"And he questions,” JLA told me, “having an American or Anglo-Saxon former CIA guy doing intelligence for the Prince.”

Proust apparently did not know my name, only that I existed and maintained contact with foreign intelligence services on the Prince’s behalf.

Proust had refused to give his own report on Franck Biancheri to JLA, as the Prince requested, but insisted on delivering it to the Prince personally, “and then I’ll give you a copy.”

“Think very carefully about what you are saying and doing,” JLA told him.  “The Prince is expecting you to give me this report this morning.”

But Proust would not budge.

I could see it in my mind’s eye:

When Proust snuck in to see the Prince a few days earlier, after JLA had left for the weekend, the Prince probably undercut his own chef de cabinet, and told Proust he could ignore JLA and deliver the report directly to him.

This was not Machiavellian cunning on the Prince’s part, as he might have rationalized it, but about his insecurity and weakness as a leader.

Biancheri had not resigned, as the Palace had anticipated, and Proust was standing by him.

“The Prince will not fire Biancheri,” JLA told me, somewhat discouraged.  “He won’t fire anyone.”

At my instruction, POLO traveled to Como in Italy for a secret meeting with three Carabinieri.

He returned to M-Base with astonishing news:

Philippe Narmino and Franck Biancheri allegedly had bank accounts in Serbia totaling tens of millions of euros each.

Serbia and Bosnia were thought to be the newest safe zone for hiding and laundering money.

The funds had been transferred through charitable associations to Serbia, and channeled to accounts in San Marino, a microstate surrounded by Italy.

The Carabinieri possessed documentation, which they were willing to pass to POLO.  Unfortunately, POLO refused to accept the documents, frightened of the burden this would place upon him.

I could kick myself for not going personally. I would, without hesitation, taken possession of this evidence.

Yves Subraud arrived at M-Base the morning of March 17th disgusted by Proust.  “He thinks we’re in Cameroon,” Subraud said of him.  “Treats Monaco like a French colony.”

Proust had apparently told the police chief, “I want Subraud and Gottlieb under my control.”

Next I met with an Italian asset who had accompanied POLO to Como to meet the Carabinieri.

His perception of the meeting, based upon looking at the documents, which were in Italian, was this:

Biancheri and Narmino were connected with bank accounts in Switzerland, Luxembourg, the Balkans, and San Marino; he’d seen Swiss and Luxembourg bank account numbers and identities of account managers; $1.7 million in a single transaction.

Their cover:  a charity for children called Mission Innocence.

The first to arrive at our M-Base bash celebrating the Prince’s birthday was Daniel Morler, representing Prince Philippe of Liechtenstein.

Morler, an adviser to Liechtenstein’s royal family, had facilitated the reformation of that principality’s banking system, and would introduce me to the chief of Liechtenstein’s Financial Intelligence Unit (FIU), the nearest thing that microstate had to an intelligence service.

I introduced Morler to the Prince and JLA when they arrived together just before six o’clock, and JLA agreed to receive Morler’s team two weeks hence for a presentation on Liechtenstein’s new bank model.

The Prince whispered to me that he would meet his daughter Jazmin for the first time the following week at Thierry Lacoste’s apartment in Paris.  He added that he thought Gavin de Becker’s letter was “soppy.”

Indeed, it was sentimental and obviously written from the heart (if crossing a line into blackmail)—but it certainly accomplished its objective.

I reminded the Prince to wish Jazmin a happy birthday in case he’d forgotten, which he had.

Thus, the crisis was averted—as usual, with Albert, by default.

I took the opportunity to introduce our operatives—including LIDDY—and support staff to the Prince during the party, along with John W and Bob F, working with me to formulate the Monaco Institute for Peace and Reconciliation.

Next morning our peace institute committee convened in M-Base.

Ian M offered to draft a mission statement based on our discussion.

Afterwards, when a few of us strolled Rue Princesse Caroline for lunch at Pizza Pino at Place des Armes, my deputy detected surveillance.

A young fellow, mid-30s, shaven head, made three passes, changing his jacket for the third pass.

Once, an accident, twice a coincidence, three times, enemy action.

Posted by Robert Eringer at 7:31 AM