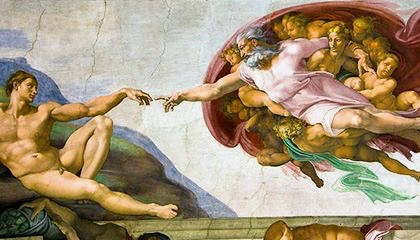 On March 21st I traveled to Paris for a meeting with the DST and conveyed to their chief, Pierre de Bousquet, our problem with Minister of State Proust, which, in effect, was insubordination.

Said de Bousquet, “Why doesn’t the Prince replace him? It was his father’s appointment.”

This clued me into an important truth:

The French government would have no objection over the Prince choosing his own minister of state mid-term.

Furthermore, by not doing so, the Prince, in their eyes, was failing the strength test.

Although well informed by our service, the Prince floundered—and squandered the opportunity to make his mark.

The wolves, at first cowering and frightened by the Princes’ proclamation of a “new ethic,” now perceived him as a wounded deer around whom they circled, spoiling for the kill.

I wanted to discern from de Bousquet if the DST, as an institution, supported Proust in his effort to create an intelligence service with Malric—and this is what I walked away with:

The DST had not told Proust about our unofficial relationship; the DST had no desire to work with Proust and Malric; the DST was tres content working with me.

Plus I had the distinct impression that de Bousquet did not even like Proust, which I could understand, since de Bousquet was dignified with an aristocratic bearing and Proust’s demeanor was, well, quite the opposite.

De Bousquet reaffirmed that there was no DST presence in Monaco and no plan for such.  Nor was there any need, he said, to introduce the DST from Nice or Marseilles into this relationship.

Thierry Matta, his chief of staff, also present in our meeting, had been DST chief in Nice, so he knew the region.

“No point complicating things with another layer,” said de Bousquet.  “We will keep a tight circle.”

I provided our file on Oleg Kim to the DST, pointing out that Kim was resident on French soil, with a Monaco overlap, so we wanted them to know of our focus on him and his daughter, a Monaco resident—and also that Kim was very bad news, in case they did not already know.

They seemed appreciative of this gesture.

I informed de Bousquet of our ongoing investigation into Russian President Putin’s purchasing of property along the Cote d’Azur due to its overlap with Petro Trade, a Monaco company.

The Dutch, said de Bousquet, had consulted with him and requested his permission to deal with me; de Bousquet had told them not only was it okay, but a good idea.

I thanked him for this.

We spoke about Paul Masseron, whom I had vetted as the final choice to replace the outgoing interior minister, after ensuring he was neither close to Proust nor a Freemason.

“He will be good for Monaco, clever and quiet,” said de Bousquet.   “And he’s a friend of mine.”

On the way down, in the elevator, the translator complimented me for being “quick and focused.”  He added, “Meetings here are not usually like that.”

They kindly organized a car and driver to take me to Gare du Nord for the 8:43 Eurostar to London.


I telephoned JLA from the train station to convey this message:

The French would be fine if the Prince replaced Proust.  I also suggested we make the incoming interior minister part of our inner circle.


I felt rough, maybe a touch of flu, on March 27th, but I patched myself with a shot of Famous Grouse whisky at Luton Airport, my third home (M-Base was my second), and flew to Nice, a commute I could probably have done blindfolded by then.

I found Captain Yves Subraud disillusioned by the lack of progress to enlarge SIGER.

Three months had passed since the Prince left M-Base with a written plan in his hands and a gung-ho it shall be done attitude.

But Proust stalled for time, and instead of standing up to the minister of state, the Prince was making preparations to lead an expedition to the North Pole.

JLA had given up trying to get Proust to enlarge SIGER and his plan was to wait until Paul Masseron took up his duties as interior minister and get him to do it.

On March 28th, I flew to Rome for meetings with my new friends at SISMI, the O Family—Alberto, Norberto, Roberto and Fabrizio.

A national strike in France threatened to stop me, but it meant only that both the airport and Alitalia jet were blissfully barren of other travelers.

Norberto greeted me at the airport and drove me to the St. Regis Grand, checked me in on their dime (a courtesy shown to service chiefs)—though I assume Norberto’s phrase, “taken care of,” meant a camera and microphone in the TV set.

In the intelligence game, everyone spies on everyone else.

A few hours later, at four o’clock, we met in a hotel conference room, the same trio as two months before, led by Alberto Manenti, who got straight down to business:

SISMI detected a threat to the Prince within Monaco.

(The same message we had gotten from SPLINTER.)

“You are known,” said Alberto, referring to me personally.  “It’s not a bad thing, as long as you know it,” he added.  “Certain important persons have been touched by the Prince’s [anti-money laundering] activity.”

Someone apparently investigated during the period of November through January and determined that “four units” (persons) under my direction were responsible for the crackdown.

Alberto did not perceive this as threatening, but felt those who had investigated were proud of themselves “for discovering the secret structure.”

Alberto pointed out that Monaco is a “fiscal paradise,” and that my service to the Prince rendered it “less so.”

Alberto looked me straight in the eye.

“Be careful,” he said, “and remember what Kojak said—Know who loves you and who doesn’t.”

He added, perhaps as a hint about who didn’t:  “The French cannot be happy about an American doing this—it hurts their pride.”

On one of our targets, Nicholas Bizzio, a U.S. citizen I would have told the FBI about if they'd wanted to know:

Extensive frauds, scams and bankruptcies, one fraud 20-30 million euros.  Alberto concurred with my judgment that Bizzio should be expelled from Monaco.

Furthermore, Alberto confirmed what we knew about our gang of Italians—all bad news.

As for our Serbian target:  “Very bad arms dealer.  A whole book—no, a whole archive.”

The Prince had known for five years about this individual—almost a year of which he was Sovereign, with power to do something about his presence in Monaco.

Yet the Serb remained headquartered in the principality, an example to other services of why they should not take the Prince’s pledge to crack down on shady characters too seriously.

SISMI, Alberto told me, was taking bets not on whether I’d make it through the year, but on who would eliminate me.

These, he said, were the odds: 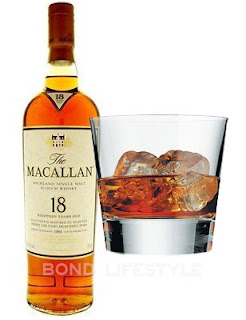 We adjourned on that note—and I hit the bar for a large Macallan whiskey.


At quarter-past eight, Norberto collected me for dinner at La Grotte del Piccione.

Alberto liked my idea for an association of Micro-European intelligence services and offered to introduce me to the Vatican.

He thought Liechtenstein would be the most difficult to crack; I told him I’d already made a breakthrough.

“And what about Charlene [the Prince’s girlfriend]?” Alberto asked, hoping, doubtless, to impress his superiors with inside gossip.

“No engagement imminent.”  I knew the Prince well enough to know his pathological fear of commitment. "But he seems to like her a lot."


Next morning my hosts kindly escorted me around the Vatican Museum and the Sistine Chapel, complete with guide and bodyguard, followed by a tour of Rome including the Coliseum and the Forum, and lunch at Harry’s Bar on Via Veneto, climaxed by a mad rush (in the trolley lane) to the airport and a flight to Nice—“safely” ensconced in M-Base by six o'clock.

Posted by Robert Eringer at 7:58 AM