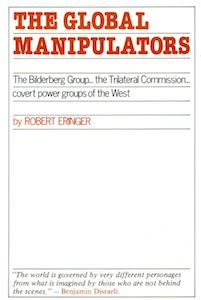 Baron von Biggleswurm’s treatment of his son over Easter was heartless, leading me to more fully appreciate why our client, Countess Bossi, wanted him out of their lives, forever.

Most divorced fathers with limited custody drop everything to enjoy a week of quality time with their child.

While the boy spent time alone in the castle, the baron was in Hannover “with business associates,” then “away in Hamburg.”

And though the boy was in his father’s care for his birthday, there was no cake, no party, no presents—just Biggleswurm’s incessant harangues.

It left a bad taste in our client’s mouth.  I could practically smell it over the phone when she called to summon the spymaster and me to the Big Apple.

Clair and I shuttled to LaGuardia, cabbed into Manhattan and checked into the old Westbury Hotel on Madison Avenue.

Our countess expected us for tea at The Lowell, six blocks south.

A concierge directed us to the 16th floor for an effusive welcome; the countess sat us in a pair of easy chairs.  She began to speak and did not stop.  Old stories, mostly.

I brought her up-to-date on my meetings with Biggleswurm, aided by a 40-page report, which I presented to her.

The countess read aloud.  When she arrived at the part where the baron called her family “mafia,” she blew a gasket.

“I should have killed him a long time ago!” she shrilled.

Oh dear, I thought, wait till she reaches the part where he calls her “a common concierge."

The report included photos of Biggleswurm taken at Fouquet’s in Paris.  She focused on them with burning hatred.

“Did he say anything about the count?” she enquired, trying to maintain her composure.

“He would not dare,” she erupted angrily.  “He’s frightened of him, even in death.  The count told him when he first came to our house, ‘You stand for nothing!’  And that ridiculous man left that night.

"Lara was in tears, ran to her room.  And she left the next morning, followed him.  And then that terrible man, he made Lara believe she must make a dowry. And the count said, ‘no money!’”  She paused.  “So you know what happened?”  The countess was almost in tears.  “They wouldn’t let us see our grandson until my husband, bless his soul, paid a dowry.  He paid $100,000 just so they would come visit us with our grandson.”

The countess returned a hateful gaze to the photo of Biggleswurm.

She pointed at his flamboyant pocket handkerchief  with disgust.  “He took that from the count." Not the actual hanky but the style.  "Only the count could pull that off.  On this man, it is stupid!”

The countess decided that Clair and I should meet with her daughter, Lara, in Geneva, to warn her about Biggleswurm’s plan to keep ahold of their son at summer’s end.

She would instruct the Gray Fiduciary to introduce us on the pretext that he, acting with a fund created by her late father, had hired us to monitor her ex-husband.

As she spoke, Clair craftily picked up the photos of Biggleswurm, pretended to study them and—I caught this out the corner of my eye—slid them into his inside coat pocket.

His little operation, from beginning to end, took two minutes—90 seconds to plan, 30 to execute.

The sly old spymaster just smiled and nodded. (It was in his nature not to leave a trail.)

I never saw them again. 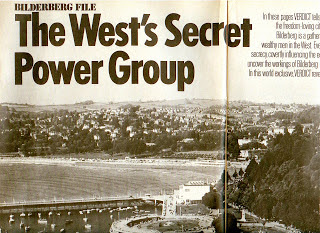 Next day Clair and I lunched with Charlie Muller, the head honcho at Murden and Company, a front for the global power elite.

Many years earlier, I had published journalistic reports on the Bilderberg Group, a hush-hush association comprised of the West’s movers and shakers.


Charlie administrated the North American side of Bilderberg.

(Times had changed; my investigative reporting had evolved into private intelligence.  Muller held no grudge; we actually liked one another.) 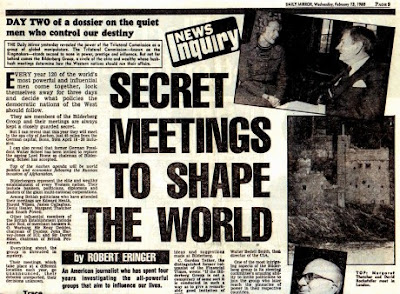 A concierge at 477 Madison Avenue pointed us to the sixth floor.

We walked into an open-plan office that bustled with activity.

I asked the receptionist if this was Murden and Company.  She said no and pointed to a door marked Exit.

Clair and I exchanged glances.  This was a company after the spymaster’s own heart.

Bewildered, we walked through the door, down a drab corridor; an office door had opened, someone leaving.

“Oh yes, you’re lunch today.”  She popped into Charlie’s office and returned. “He’ll be out in a few minutes.”

The office was odd; about a dozen file cabinets lined a wall.  Clair took it all in.

This is the front for Worldwide Conspiracy Headquarters?

When Charlie appeared, I complimented him on the low profile-ness of his office.

“This was supposed to be temporary,” he sighed.  “That was ten years ago.”

At Reidy’s for lunch, Charlie and Clair tiptoed around one another like a pair of sniffing dogs—both cautious, circumspect, giving nothing away.

I finally jumped in.  “I wanted you to meet Clair because of the work we do together.”

Charlie seemed mildly intrigued, poked around a little, asked if we could do things in the Middle East.

Truth was, we didn't do things in the Middle East.

We did things in London, Paris, Geneva, Monaco...

(And we liked it that way.)


A decade later, I tried, though Charlie, to get my client, Prince Albert of Monaco, invited to a Bilderberg Meeting.

Charlie ran it through the European steering committee and reported back to me that French members blackballed Albert on the basis that he was "un-serious."

Posted by Robert Eringer at 6:11 AM