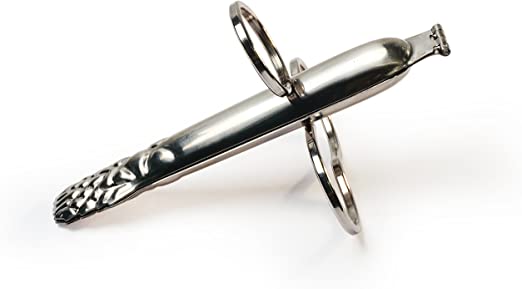 Clair’s wife followed him out of their Allan Road house.

'“Another hangover?” I asked cheekily.

“Heroin?” said Clair, dropping his bag into the trunk.

He wore his customary raincoat over navy blazer, red tie and slacks; I, an open-neck shirt and jeans and sunglasses instead of a tie

We shuttled to LaGuardia, cabbed to JFK, boarded Concorde.

“But of course,” she admonished.

“She sure told you,” said Clair.

We soared from morning into night, a whole day passing in three hours, 27. minutes in a comfort zone that matched the sleek bird’s 12 mile high.

Departing the baggage terminal, a phalanx of photographers charged us. 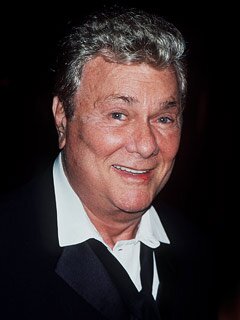 Nothing. They rushed past and circled Tony Curtis, a fellow passenger; we stole off to the taxi rank.

“Hyatt Regency,” I said to a cabbie.

“No, the airport hotel.”

Clair tried to haggle with him, but it was no use because the cabbie wanted a fare to central Paris, not an airport hotel.

We trudged back inside to an Air France counter.

“We just flew in on Concorde,” I explained.  “We want to get to the airport Hyatt Regency and those cabbies won’t take us.”

“Ah, zee bus,” said a Frenchwoman, blowing a raspberry, an integral part of the French language.

“Look,” I said.  “While we waited for our luggage there was an announcement that said, ‘Concorde passengers, let us know if there is anything we can do for you.’  Well, here we are, and there’s something you can do for us.  We don’t want to wait for a bus.  We want a car to take us now, and we don’t mind paying for it.”

“Call the Hyatt Regency,” I suggested.  “Or get an Air France courtesy car to drive us over.”

She picked up her phone, dialed a number, spoke in French, and reverted to us.  “Zee hotel says zere will be a bus.”

Suddenly, Clair erupted.  “There is no bus!  We were out there and they told us no more buses!”

She picked up the phone, dialed; spoke, listened, hung up.  “A bus is coming."

Clair and I looked at each other.  Even two creative problem-solvers like us were not going to crack this code.  (Clair always talked about cracking codes to resolve a situation.)

We trudged to Exit 6, as instructed—and just missed a Hyatt Regency bus.

Fifteen minutes later, another bus pulled up.  We climbed aboard.
At this midnight hour we were provided a grand tour of Charles de Gaulle Airport, including its train station.
It would have been faster to cab to central Paris.

Maestro was our client’s pet name for Clair.

Downstairs, the hotel staff groveled for the countess, and some of their groveling extended, by association, to the spymaster and me, resulting in extra-special service during our stay.

The specialty this day in L’Amthyron was fresh asparagus.

Scared silly by the utensil laid down for eating asparagus, I declined to order it rather than risk disgracing myself.

But the countess soon taught me the right way to eat asparagus.  Ignoring the proctology instrument, she plucked the asparagus from her plate, dunked the spears into Hollandaise, bit them off and discarded the stem.

Clair looked on in awe, and I, in envy; the asparagus looked delicious.

When lunch was over—it was more social than business—Clair and I taxied across the city for our meeting with Lara.

The Gray Fiduciary introduced us and we explained that we had been retained to monitor her ex-husband.

Lara was very gracious, and grateful, if oddly attired.

She possessed a complexion as pale as Snow White, accentuated by jet-black long hair and chilling blue eyes.

After some awkward small-talk over glasses of kir, I got to the point.  “I’ve become friends with Baron von Biggleswurm.”

I nodded.  “Yes.  The best way for us to know what he is going to do next is for him to tell me,” I explained.  “And now he tells me everything.”

Clair added his two cents worth:  “You’re lucky to be rid of him—he’s a nut.”

Lara read the report I had prepared, and looked at photos—for verisimilitude sake—of the spymaster and me with her ex-husband. (Clair hadn’t snagged all of them.)

“You may want to prohibit visitation with Biggleswurm this summer,” I concluded.  “He has voiced an intention to take your son to Dubrovnik, where war is raging, and also said he may hold onto the boy after his visitation expires.”
At our client’s behest (an idea the countess brainstormed over lunch), I suggested Lara uproot from Switzerland and move to the United States, where Biggleswurm’s visitation rights could be curtailed for years through new litigation.

I pointed out that courts in the United States actually considered what a child had to say.

“On top of which,” I pointed out, “your ex-husband, if he wanted to proceed, would have to initiate new litigation at great expense.”

And since he was a big-talking do-nothing, I added, he would probably talk big and do nothing.

Lara, most enthused, said she would do anything in her power to make life easier for her son, including a move to the United States, which actually appealed to her.

Clair and I walked Lara along Rue du Rhone until she found a bridge to cross.

“You sneaky bastard,” I said to Clair as we strolled the other direction.  “You did it again.”

He looked at me, a quizzical expression.

I never saw them again.

“In my whole life,” said Clair, “I’ve never seen a woman wear an orange outfit with pink shoes.  This woman is out of touch with the world.”

Back at Des Bergues, I reclined in an easy chair and collected my thoughts.

Here I was, a secret agent to a countess, travelling with a legendary spymaster, learning his craft, creating intricate illusions, launched and lunched aboard Concorde… how, I asked myself, did a little boy who used to watch The Man From U.N.C.L.E. on TV ever land a dream job like this?

A ringing phone pierced my stream of consciousness.  The countess, two rooms away, desired to see me.  (She owned a home in Geneva, but preferred the hustle-bustle of a hotel to ease her loneliness.)

“Lara says she will move to the United States to avoid sending the boy to Biggleswurm this summer.”

Soon after my arrival home in DC, Lara called to say she’d changed her mind.

“Why should I give up my home, my lifestyle?” she asked rhetorically.

Well, because your screwball ex-husband is bent on taking your son to Yugoslavia, where Serbs and Moslems are shooting guns at each other with no concern about who is in their crossfire.

But Lara remained resolute.  We’d just have to do our jobs, she said, and monitor Biggleswurm; ensure that no harm would come to her son.

Meantime, Lara turned the tables on her ex-husband and got a psychiatrist to attest that the boy was terribly unhappy with his father.

I first heard about it from the baron.

He was livid, and vented his rage though der grippe—hacking, sneezing, and coughing.

“They’re trying to invent that the child doesn’t want to see me!” Biggleswurm spluttered.  “Can you imagine?  I need to do something drastic!”

“Never give him back.  I’ve just written a nasty letter to that quack.  I’ll get a penalty against her in Germany for interfering with the father-son relationship!”

One month later, the boy was due to join his father.

It would be my job to rescue our client’s grandson if Biggleswurm attempted to hold him beyond the allocated five weeks.