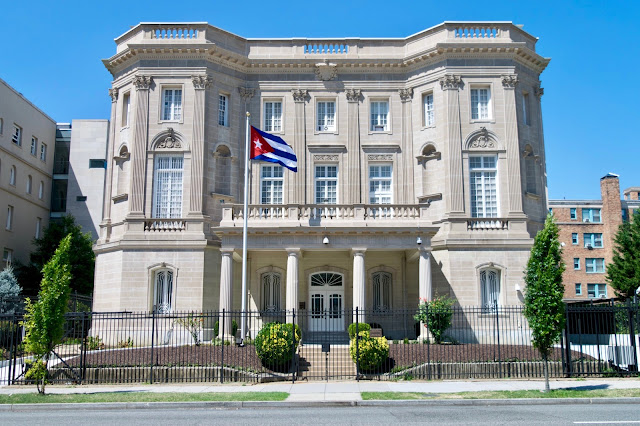 One week after arriving home from Moscow, I zapped this e-mail to Edward Lee Howard:

The publisher does not accept that Igor Prelin's answers can be used to fill gaps in former KGB Vladimir Kryuchkov's book.  They feel that if Kryuchkov cannot open up, we don't have a book.  So what now?  You might put this question to Kryuchkov.

Kryuchkov had a heart attack 3 days ago and is in the hospital.  He's out of the picture for many months.

Had I upset the poor bastard?

FBI Special AGENT John H was in Washington, had been awaiting my return from the Russian capital.  We, Rick K and myself, briefed him over libations and crab cakes at Clyde's, Chevy Chase.

John H was pleased to hear I still had the command to draw Howard out of Russia, but since a rendition remained on hold, what really excited him (as I expected) was Igor Batamirov's willingness to pen a book and visit the USA.

The requirement was not terribly complicated:

But first, Batamirov had to follow my format directions and draft a book proposal.  He got slowed down (said Howard, playing intermediary) by tending to his terminally ill mother.

In September, Batamirov confirmed to me in a telephone call that he had written a book proposal and passed it to the "censorship office" of the SVR (foreign intelligence successor to the KGB). They had apparently objected to "some paragraphs."

I asked Batamirov how he was surviving Russia's financial crisis.

However bad it was for Batamirov, it was worse for Howard, who had greedily invested almost all his savings into the stock market, and then watched it disappear, along with his five-year plan for homes in Havana and Lake Baikal.

(The collapse of a five-year plan is another Russian tradition.)

Batamirov had just seen Presidents Clinton and Yeltsin on TV, in the wake of the Monica Lewinsky scandal.

Commented the veteran KGB chief: "Clinton looks like he's had his balls cut off and Yeltsin looks retarded."

Come October 27th, I phoned Howard like I did every passing year on this day, to wish him happy birthday.

A few weeks later, Howard met with the Cuban Intelligence station chief in Moscow for lunch and a discussion about me.

The result was positive and Howard asked that I send him a packet of material about myself for dispatch to Havana.

A month after that, Howard confirmed to me that my presence would be welcomed by the Cubans in mid-March; that I should make reservations at Hotel Nacional.

On February 9th, 1999, this instruction arrived by e-mail from Howard:

I should arrive 11 March and must work 1 day with them.  You should arrive evening 11 March, then I will work with you and them 12-14 March.
Aeroflot flew nonstop to Havana once a week.  This meant we could easily establish the precise plane upon which Howard would be traveling.

So I laid this idea on John H:

We plant an agent on this aircraft.  Seven hours into the flight, as the plane cruises the northeast corridor of the United states, our agent appears to suffer a heart attack (drugs exist to harmlessly induce such symptoms).  The pilot would likely land at the nearest airport (Boston, New York, or Washington) to save the dying passenger.  FBI agents enter the aircraft, on U.S. soil, and remove one Edward Lee Howard.

We don't have a warrant to arrest Howard in Massachusetts, New York, or Virginia.  Any chance you can get his plane diverted to New Mexico?

(Someone at the Department of Justice thought the continual derailing of a Howard rendition was funny.)

When I met with John H at the Sheraton Wardman Tower on March 16th, prior to my departure to Cuba, he conveyed DoJ’s new concern:

Edward Howard was on the sauce again.  While drunk, he'd do stupid things, like phone people he knew in the United States and apologize for his bad behavior.

The concern at Headquarters:
Howard might, while intoxicated, board a USA-bound plane.

Said John H, "He could turn up at JFK one day and we wouldn't know what to do with him."

I joked:  "Does this mean our new mission is to ensure Howard never comes back?"

John H did not laugh.

(In 1933, Compton MacKenzie published an espionage farce entitled Water on the Brain.  He knew.)


Then I received a telephone call from Luis Fernandez, who identified himself as First Secretary of the Cuban Interests Section in Washington, D.C.

Fernandez had received instructions from Havana to issue me a visa, and this puzzled him.  Could I come over and complete a visa form?

I jumped into my car and drove to 2630 16th Street, arriving within the hour.

A receptionist inside this stately building summoned Fernandez, a short barrel-shaped Cuban, mid-40s with a paintbrush mustache and balding crew cut.

Fernandez, sweating and harassed, ushered me up a marble staircase to a large, sparsely furnished visitors room.

Sitting across from me in coat and tie, Fernandez consulted a notebook and said he needed to know who I was and what I wanted to do in Cuba.

I affably outlined my generic background and explained that I wanted to explore potential book deals and business opportunities.

Fernandez asked me how this trip had been orchestrated.

I explained that it had been a couple years in the making, through a Moscow-based friend whom I would meet in Havana.

"Aside from whatever opportunities it may provide, Cuba is closer than Moscow for seeing my friend," I added.


"So close yet so far away," sighed Fernandez.

This led him into a diatribe about the harsh treatment of Cuba by the United States.

He said it made him happy that I would see for myself the truth about Cuba.

With pained expression, Fernandez said that the U.S. would not lift its economic embargo of Cuba due to the efforts of a small group of Cuban émigrés who had a stranglehold on a handful of American politicians.

Fernandez took my completed application form, promised to issue me a Cuban visa, and invited me to remain in contact with him.

"We need all the help we can get," he said.  "Life is very difficult here."
As I would soon discover, living life in DC was a piece of cake compared to living it in Havana.

Posted by Robert Eringer at 7:24 AM