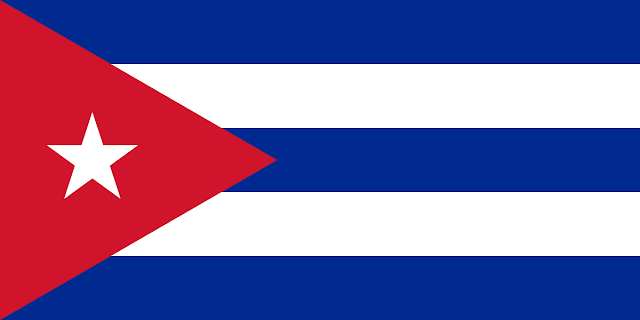 
As usual, FBI Special Agent John H from Albuquerque was already in Washington upon my return from a spy mission, this time coming in cold from Havana.

On this occasion, he brought the FBI's Cuba contingent from Washington Field Office (WFO) into our dealings, by necessity, as this was their turf.
And while Special Agent Anna M was intrigued by my doings in Havana, she was much more interested in Luis Fernandez of the Cuban Interests Section in DC.

That's because it was Anna M's primary responsibility to know as much about Fernandez as possible and, thus far, she knew precious little. Except this:
Luis was an over-worked intelligence officer who arrived in Washington, D.C. as a temp, became permanent, and was now expected to remain under diplomatic cover for a five-year tour.

Hence, my new mission:  Befriend Fernandez.  Find out what he's working on, with whom he has contact, and assess recruitment possibilities.

What about penetrating Cuba's embargo-busting stratagem?

After all, I had just been invited to participate in illegal commodity trading by the Cuban DGI.

The CIA would have been interested.  But later, when I pitched the agency on a sting-penetration of Cuban Intelligence embargo-busting, their enthusiasm dissipated after the FBI put up a fuss.  The Bureau did not want CIA encroaching upon my activities.
I later wrote a novel about CIA-FBI turf wars... 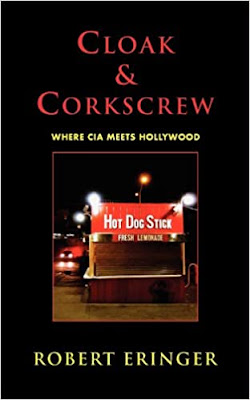 I telephoned Luis Fernandez at the Cuban Interests Section to say I had a wonderful time in his country.

"Really?"  This puzzled him.

"You worked together in Venezuela, right?"

"Juan and I had some meetings," I said.  "We talked about you. The upshot is, he's supposed to send something to you by diplomatic pouch for delivery to me.  I don't think we want to get into this over the phone.  Maybe we should discuss it over lunch?"

Two weeks later, on April Fool's Day, I sat down to break bread with Luis Fernandez at Saigon Gourmet (his choice) on Connecticut Avenue near Washington Zoo.

We both ordered chicken curry and Kirin beer.

I gifted Fernandez with a copy of Edward Lee Howard's book, Safe House.

Fernandez was even more impressed when I told him I'd just met Howard in Havana.  It worked like a can opener; Fernandez began to spill the beans.

I've always felt that one never learns much when one does the talking.  On top of that, most people love a good listener.  So I listened while Fernandez blabbered his life story:

He studied international relations at Havana University (a class of fifteen); served in British Guyana, Venezuela (four years), and Mexico (five years); had never been to Europe or Russia; was surprised to be given a post in Washington, "a high honor for anyone," but for him especially, because he had no North American experience.
Fernandez wasn't boastful, but bewildered, a characteristic innate to him.

He told me he'd been in town one year and six months and had no clue how long his tour would last.
"I went to my ambassador last week to ask about this," said Fernandez, "but I did not get an answer."

(The FBI appeared to know more than he did about the length of his tour.)

Fernandez confided that he would much prefer to be back in Cuba, "with family, my neighbors, and my sea wall."
In addition to the stress of long hours, Fernandez told me, he worried a lot about saying the wrong thing and landing himself in trouble with Havana.

Fernandez told me that his dual role in Washington was 1) to track everything that appeared in the U.S. media about Cuba, and 2) to promote positive media coverage of Cuba.  Regarding the latter, he gave me a manila envelope stuffed with good news about Cuba.

When I told him I enjoyed the food at La Bodeguita in Old Havana, Fernandez invited me to his home "for a Cuban meal cooked by my wife."
He seemed starved for a social life (or new contacts) and appeared in no hurry to break from our lunch as we enjoyed hot tea and snifters of complimentary hazelnut liqueur.  I finally signaled for a check and paid the tab, courtesy of the FBI.

A dinner invitation duly arrived by fax and, three weeks after our lunch, I appeared at the Fernandez residence, an apartment at Kenwood Condominiums on River Road in Bethesda, a bunch of flowers in one hand for Mrs. Fernandez, and a fine bottle of Ridge Geyserville zinfandel in the other, for Luis.

But Luis was missing, delayed at the office.  And Mrs. Fernandez spoke no English.  So she ushered me to the other guest, a former CIA officer named Chip who had recently led a delegation of political cartoonists to Cuba.

Fernandez bumbled in about 20 minutes late and, suddenly, his shoe-boxy, sparsely furnished apartment came alive with Cubans from his workplace.

One of them latched onto me within 30 seconds.

Luis Abierno was of medium height, slender, dark hair, balding, trim mustache, and very affable.  He told me he was attached to the Foreign Relations Ministry and had just been separated from his wife and young child for a six-month tour in DC.
In contrast to the flaky Fernandez, Abierno seemed like fast-track material.

Abierno took an armchair next to mine, said he knew about my trip to Havana to meet Edward Howard; that he was supposed to have met me there, but this posting (his first time outside of Cuba) had come up.

"We've talked about you," said Abierno.

"You mean I'm famous in some circles?" I said.

Abierno nodded, smiling.  "Yes, your name is around."  He probed the publishing process of Howard's book.

"National Press had to remove a whole chapter," I said.

"Do you still have this chapter?" asked Abierno, too young to appreciate subtlety.

"Maybe you will give it to us."  A smarmy smile crossed Abierno’s face.  "Maybe if we help you with a few things, you will let me see it."

Abierno asked what book projects I desired from Cuba.

"But Robert Vesco is in prison," said Abierno.

"Yeah, I heard that from Juan Hernandez.  You sure it's true?"

Aberno nodded and winked.  "Jail in his house.  But it is real prison.  Very strict."  Abierno asked me why Vesco's book should be of interest.

"Books have been written about him," I said.  "But he's never told his own story."

Abierno doubted it would be good for U.S.-Cuba relations to bring attention to Vesco, whose presence in Cuba was a sore point between the two countries.

"Here's how we solve that sucker," I said.  "Get Vesco to write his book for me.  Then hand him back to the U.S. just before it's published.  Good for U.S.-Cuba relations.  Great publicity for the book.  We sell a million copies and everybody's happy, except Vesco, but who gives a f--- about him, right?"

"If we can't do a Vesco book," I said, "what about Fidel Castro's memoirs?"

"Many writers want to do this," said Abierno.

"Of course," I said.  "But how many can pull it off?  Your biggest problem is finding somebody you can trust."  I patted my chest.  "And now that's solved."

Abierno said the timing was tough due to tense relations between his country and mine.

"You want to talk tension?" I said.  "Working with former KGB chairman Kryuchkov in Moscow while Yeltsin's trying to look up his ass for any new reason to lock him away again.  In any case, I'm in no hurry, take your time with Castro."

Abierno had two ideas of his own for me to chew on:

1)  "Maybe you can help us edit books written by Cuban writers."

2)  "Maybe you can investigate things in America."

It was point two that snagged my attention.
"What things?" I asked.

"My specialty," I said.  "But right now I need to fill the black hole in my stomach."

Abierno followed me to the buffet and we filled our plates with Cuban delicacies. 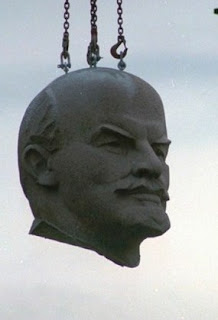 I spoke with Luis Fernandez only briefly, the last ten minutes of my visit to his home.
He told me how very much he would like to visit Moscow, if only to see Lenin's mausoleum in Red Square before the reformers snatched Vlad's embalmed corpse and hanged it from the Kremlin clock tower.
If only, indeed.
Posted by Robert Eringer at 8:02 AM