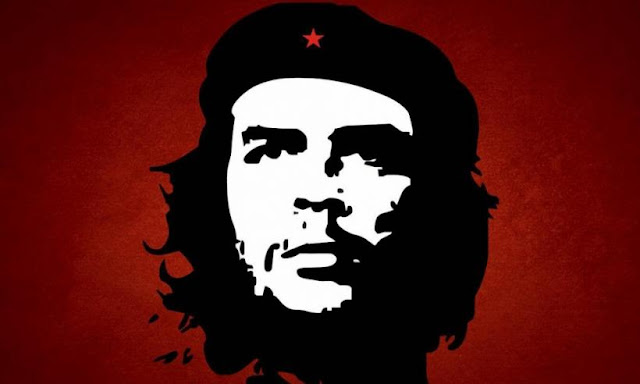 So far as the Edward Lee Howard case was concerned, things looked bad.

Not for Howard, but for the United States of America:
FBI Special Agent John H opted for early retirement, effective the first week of September 1999.

He would not have folded ahead of schedule had he not been signaled by Headquarters that the "related conflict" holding up a Howard rendition would never be lifted by the Justice Department; it had been John H’s intention to remain at his desk until the Howard case was resolved.

Once retired, John H would be out of the loop, exempt from learning anything more about the Howard case, which would be absorbed by another Albuquerque-based special agent for whom Howard would be a nuisance, not a priority.

The day I could no longer phone John H with new developments evolving from the Howard case was terribly sad for me.
We had been a good team; he, an extraordinary special agent.  I did not appreciate till I started working with others just how skilled John H was with what he called Bu biz.

In his low-key manner, John H knew how to work the system with finesse; how to walk the labyrinth of Headquarters, take the knocks, and get back up for a return bout with never a sour word about anyone.

He was one of very few who knew how to operate within a bureaucracy that had become ridiculously disconnected.  Everyone I worked with thereafter paled in comparison to the soft-spoken but very savvy John H.

But life goes on, and so did my Cuban operation, still administrated by FBI Albuquerque, if managed by Washington Field Office.

At the request of Luis Fernandez, I organized a dinner party on October 1st to introduce him to new media people:
A British journalist of Indian descent and a producer from NBC News (both unwitting to my FBI role), and Rick K, whom I'd taken to Moscow and now signed on as an asset in my Cuban coversion.

The venue, as usual, Saigon Gourmet, as stipulated by Fernandez, very much a creature of habit.

Luis Abierno had left Washington and returned to Havana.
So in his place Fernandez brought along the oddly-named Reuben de Wong Corchou, who had arrived one week earlier from Cuba.

Couchou was better dressed than Fernandez, who wore a paisley tie with striped shirt and (to quote the NBC producer) "looked like he just got off a boat from Bangladesh."

A black tweed sportcoat made Couchou look more like a mortician than a diplomat.  His pockmarked, funereal face glistened with grease and came adorned with thick, Soviet-era spectacles.  He wore his dark hair slick-backed (with natural perspiration).
I almost asked if I could hire him out for Halloween to scare the kids.

Even worse than his countenance, Couchou possessed a grim and dour personality, totally devoid of humor.  He did not smile, could not laugh.
Within two minutes it became clear this guy was the dinner guest from hell.  Getting him to talk was harder than pulling teeth. More like root canal.

Under pressure from me to loosen his tongue, Couchou divulged that he had studied English and Cuban History at Havana University then taught these subjects for ten years before joining the foreign ministry through the 1990s.
As for foreign travel, Couchou had taken a grand tour of the Soviet Union in 1981, and spent much of 1998 in Tokyo, during which he visited China.
This tour in Washington was his first time in the United States.

Although he professed himself to be a staunch Marxist ideologue, Couchou wore a Rolex Submariner wristwatch, though I reckoned this extravagance was a counterfeit bought on the cheap in Asia.

I asked Couchou, and Fernandez, to speculate what Cuba would be like five years from now.

Both men seemed at a loss to respond.

The British journalist asked Fernandez what he thought of Castro.

Fernandez choked up, composed himself, and said, "He is my father."

("Does this mean we should add Luis's name to the list of Fidel's illegitimate children?" I posed in my written report to the FBI.)

I sensed that Fernandez was showing off for Couchou, as if he thought the new guy was in town to audit his behavior and spy on him.

The British journalist, a loquacious chap, asked both Cubans, "So what's your problem with the USA?"

This should be good, I thought, as Fernandez poised himself.
What two words could possibly sum it all up?

But, alackaday, Fernandez had mistaken this expression for meaning something else because what actually spewed from his mouth was a two-thousand word diatribe on how Cuban people are deprived of food and medicine because of U.S. policies.

"Why don't you do what China does and hire Henry Kissinger to lobby in Washington?" asked the British journalist.

Fernandez did not understand the question.

The Brit re-phrased it.

Fernandez still didn't get it.

I re-jigged the question myself.

"Ah," said Fernandez.  "We have no money for this.  We are effective in our own way."

(Could this get any more comical? For a moment, I thought Couchou might stand and sing Commandante Che Guevara. Mercifully, this did not happen.)

I asked Fernandez if my package from Juan Hernandez had arrived.  (Earlier, Hernandez confirmed by e-mail from Havana that he had finally sent material by diplomatic pouch, as promised seven months earlier.)

Yes, he had phoned Hernandez, said Fernandez.  The material, he was told, had been sent to someone in the United States named Pedro.

Fernandez shook his head.  He did not know.  It remained unclear whether Pedro was supposed to contact me or what.

When the bill came, Fernandez did not remember that this dinner party had been his idea.  Nor that it was his turn.  So the FBI took another hit.


I next met Fernandez, whom I codenamed Flakester, four weeks later, on October 30th, in the Pavilion, Chevy Chase, a coffee morning at Starbucks.

Luis trudged in bleary-eyed, wearing a Nike windbreaker, black polo shirt and freshly trimmed crew-cut.
He launched into another harangue about how a small minority of anti-Castro Cubans in Miami and three Congressmen can manipulate U.S. policy toward Cuba.

Again, he implied that they were funded by a mysterious source.

My earlier request for leads, said Fernandez, had been sent to Havana.

Their reply:  Instruct Eringer to get started, show us results, we'll help fill the holes.

Fernandez added that he had to be careful because the Cuban Interests Section was not supposed to assist writers.

As we parted, I said, "Happy Halloween.  Go spook a few people."  (And take Reuben de Wong Corchou with you.)

Almost six weeks later, I still hadn't heard from Pedro.
I phoned Fernandez, who was sick with flu.

"Who's Pedro?" he asked, preempting me.

"Nothing, man.  Who was that guy who was supposed to do this?"  Fernandez was flakier than a dandruff attack in a blizzard.

"Excellent," I said.  "Phone Hernandez.  Find out who the hell Pedro is."