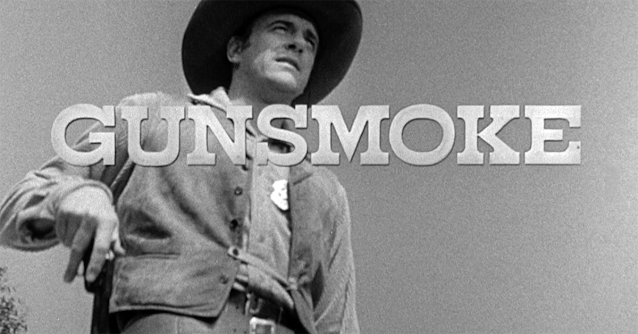 On Retainer to Prince Albert of Monaco
April-May 2006

I was in London when a smoking gun rolled out of my fax machine. 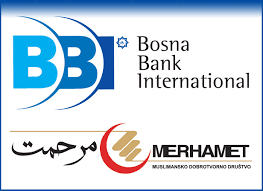 Transmitted by LIDDY, the letterhead was Bosna Bank International of Sarajevo, Bosnia—a letter confirming to Christine Giudici (Philippe Narmino’s wife) that 18,750,000 Saudi ryals (about $5 million) had been received by wire transfer from Al Rajhi Banking & Investment Corporation in Saudi Arabia and deposited into her account.  The fax was copied to “Philippe” and “Franck.”

As much as I wanted to swiftly show this to the Prince in person, I had plans to be in Washington, D.C.
I flew there on April 18th —my first dinner, as usual, with Clair George.  We had much to catch up on over chateaubriand and Ridge Geyserville zinfandel in Georgetown's Citronelle.

When I finished relating my latest adventures, Clair had only one question:  “How are you with Al?”

He told me that the late CIA director Bill Casey used to say, “I have only one friend in Washington—but it’s the President.”
Next morning at nine, I hunkered down with a CIA team in the conference room of a Tyson’s Corner hotel.  They briefed me, mostly on Russia, so that I could brief the Prince.

Later I met with CIA alumnus Tyler Drumheller and Bill Murray for dinner at Clyde’s in Georgetown.  They thought my idea for a Micro-European intelligence cooperative was brilliant and provided me a contact in Luxembourg’s intelligence service.
Two weeks later, in a late evening meeting at M-Base with JLA, it seemed clear the chef de cabinet was sorry he’d ever left the civility of Paris and Lagardere.

Every weekend, when he left Monaco, Minister of State Proust beat a path straight to the Prince’s door, and then, with the Prince’s tacit approval, spent the weekend undoing everything the Prince agreed with JLA.

Franck Biancheri would finally leave his position as finance minister. Proust adopted the idea as his own Proust and gave Biancheri a better-sounding job.

I truly appreciated a front row seat in this theatrical travesty/farce.

Every time I felt like bailing, I reminded myself that spectators paid good money for such entertainment—all grist for a novel one day.

Thus I deferred to Robert McKee, the master of story structure, who wrote, “Life is conflict—no conflict, no story,” and “Welcome pressure as an opportunity to exhibit character.”

If one wasn’t born royal, intelligence was the next best occupation, as both required mystique.
It was to my huge advantage that I never concerned myself about my standing with the Prince, while all others in court cliques would transform into Chicken Little if he hadn’t returned their calls in three days.

(Richard Nixon, as president, was said to skillfully use subtle lack of contact to keep his senior officials on pins and needles, guessing where they stood with him.  The Prince did this without calculation, oblivious to the angst.)
On the heels of the Prince’s visit with Russian President Vladimir Putin, three Russians wrote to the Palace purporting to have met him in Putin’s company—and now, in Putin’s name, they desired to visit Monaco to discuss several business ventures.

JLA provided me their names, and my service checked them out.

The Prince had met none of the three—nor did they have Putin’s authorization to contact the Prince on his behalf.

The Russians are a bold bunch.

I received an urgent telephone call from CIA in Paris:

Their cryptographic phone was not working properly, they said.  They needed to collect it for servicing...

There’s a problem, needs fixing, crackling on the line.

Uh, no, that would be flatulence.
(We had moved it to the WC after learning it could be used to eavesdrop on us.)

On May 4th, the Prince graced M-Base with his presence at martini time.

Early May is an ugly time of year in Monaco, pre-Grand Prix, when bleachers and barricades make one feel like a lab mouse in a maze.

Albert told me that the North Pole was “awesome” and that he’d felt Putin’s “cold steely side” in Moscow—and that was just from attending the Russian president’s state dinner in his honor.

Putin mentioned to the Prince he had been to Monaco in 1992 as part of a Russian trade delegation.  (Ah, that would be MING’s introduction of Russians to Monaco.)

Leonid Slutsky, the Prince told me, had pushed his way into every aspect of the North Pole expedition, except dinner at the Kremlin, where Putin pushed him out.

Then I got down to it.  “Rarely in life does one find a black and white situation,” I began.  “But we actually have one here.  JLA is doing a great job, implementing your program.  Proust is trying to play you against your own chef de cabinet, even leaking to VSD magazine that people are calling JLA ‘Albert the Third’ because Proust believes it will turn you against him.  The knives come out for JLA every weekend.
"Proust tries to undercut JLA’s authority by seeing you in his absence and then twists the facts against JLA to get you to nod and agree so he can return to his office and convince himself and his staff that he has your approval.
"Proust does not want to relinquish the power that belongs constitutionally to the Palace, and JLA is your enforcer.  He needs your support.  Proust,” I added, “is impeding all progress.  You must get rid of him.”

The Prince nodded. The same nod most people interpret as obtaining his tacit approval.

Then I produced the Bosna Bank letter—the smoking gun the Prince had requested several months earlier:  a fax implicating Philippe Narmino in a dirty deal.

“What?”  He adjusted his glasses and studied it closely.

This single, profound document seemed to make an impact.

“You’ve got to clean out the government,” I said quietly.

“What about the French?” the Prince asked.

“That’s part of the problem,” I said.  “According to our spy, LIDDY, the French already know about this.  That’s another reason you have to get rid of them:  the French know—and they know you know.  Until the fundamentals are right, no progress can be made.”

On deep background, I had outlined a highly positive story on how the Prince meant business cracking down on dirty money in Monaco.

The concept, as the Prince and I had discussed, was to spook the bad guys through positive PR.  Stinson had expressed interest.  As any good reporter, he would have to investigate the situation for himself.   So he would fly down to see firsthand and conduct interviews.  The Prince agreed to an interview.  Then he had to leave.  Michael Smurfit expected the Prince aboard his yacht, along with Bruno Philipponnat—and a new Russian they wanted him to meet.

“Probably one of Bruno’s business deals,” I commented.

The Prince affected a grim expression.  “It’s a problem.”  (Not enough of a problem to take a pass, apparently.)
Next morning, JLA confronted Proust and told him his “promotion” for Franck Biancheri sucked to high hell.
Proust offered his resignation, and JLA said he’d take it.  Proust aimed to see the Prince on Monday—and I hoped beyond hope the Prince had cultivated the moxie to accept his resignation or, if Proust had changed his mind, demand it anyway.

When I next met JLA, in his Palace office, it was to show him a letter from Jeff Stinson, the USA Today reporter, which itemized the topics he wished to cover in interviews with both JLA and the Prince.

We discussed the Bosna Bank fax and agreed that Philippe Narmino must go.

“Paris will applaud you,” I said.

“But they’re corrupt in Paris,” said the Prince, and he said this as if somebody had planted that very phrase in his mind.

(Was this, ultimately, a defense for permitting corruption in Monaco after announcing to the world the introduction of a new ethic?)

“And they’re corrupt all along the Mediterranean,” I said.  “But we’re trying to do something different here.  Aren’t we?”

I urged the Prince to accept Proust’s resignation, if tendered, and I reminded him that no progress in our clean-up program could be made until the fundamentals were right.

The Prince had a new requirement:  Find out about Chalva Tchigirinski, the Russian to whom he had been introduced by Michael Smurfit and Bruno Philipponnat.

It did not take long.

Our operation, going on almost four years, had become ultra slick by now.
Chalva “Chig” Pavlovitch Tchigirinski was a Russian with Israeli citizenship—a crook, but not as dirty as many of the others coming in from Russia.
He was aligned with Mayor Luzhkov of Moscow, at odds with Putin.  Chig had a real estate background.
He owned President Mobuto’s old villa on Cap Martin, and presumably wanted to dabble in Monaco property, assisted by Philipponnat, who had a way of greasing these things for a commission, probably in the Prince’s name.

In other words, royal court business as usual.
SPYMASTER RULE # 19

True character is revealed under pressure.

Welcome pressure:  it is a true test of your own character.

It is easy to display character when all is going well.

True character is revealed when the sky is falling.

Do you flip out, lose your head, and blame others?

Rudyard Kipling said it best in his poem If.

So welcome pressure, and see it as an opportunity to demonstrate your strength, conviction, and dignity in the face of whatever is thrown at you by those with lesser character.