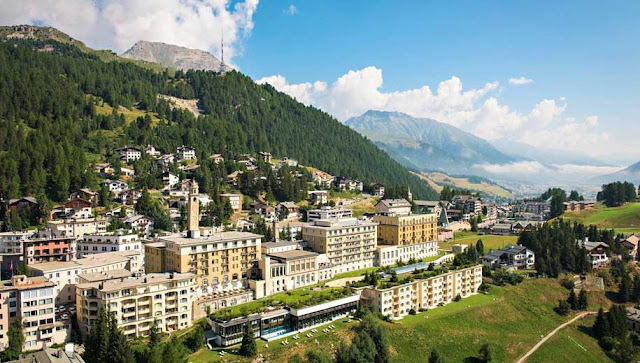 With summer fast approaching, I stepped up contact with Baron von Biggleswurm.

Three days before his son was scheduled to arrive in Germany, the baron was rushed to hospital with an abdominal complaint.

Within a three month period he had tripped and split open his hand (requiring 38 stitches), suffered der grippe and now this.

I phoned our client Countess Bossi to keep her apprised.  “Biggleswurm is unwell again.”

“Countess, I must ask you—you aren't doing voodoo on this poor man, are you?”

Moments later, I put the same question to Lara, to whom I also supplied regular updates.

“You know,” she said, “he has some Brazilian friends who do this.  I remember they were involved with witchcraft.  I asked them, ‘Oh, white magic?’ And they said, ‘No, black magic.’  Maybe my ex-husband owes them money.”

“Monaco.  I have the use of a friend’s apartment for most of the summer.”

We coordinated schedules; the baron concluded by saying he did not intend to allow his son to return home at the end of his summer stay.

Upon hearing this, the countess ordered me to Geneva to warn Lara and prepare an escape strategy.

“Restaurant Roberto,” I instructed the cabbie at Geneva airport.  Lara arrived ten minutes after me.

In between gazpacho and ravioli stuffed with peppers and eggplant, we got down to business.

“Your ex-husband’s lawyer is advising him to get a psychiatrist to testify before a German court that the boy would be better off with his father.  He’s still saying he might try to keep your son in Germany.”

“He’s done it before,” said Lara.  “The police were called.”

“Let’s assume he learned a lesson from that experience.  This time he’s trying to involve the German court.  The good news is, he has invited me to join him.”

Uh, your mother sent me, not God.

“Problem is, Biggleswurm is so daffy, even he doesn’t know what he’s going to do next.  But when he knows, or thinks he knows, he tells me.  Chances are, he’ll stay closeted in his castle.  If it looks like he’s going to hold the boy in Germany, I’ll take a trip up there to get the lay of the land, figure out an escape route.  And then, if necessary, I’ll go back and get him.”

I flew Swissair back to a rainy Nice and briefed the countess over veal Milanese, asparagus, French beans, small potatoes and a fine Chianti.

The intrigue exhilarated her.

“Lara is so vulnerable,” the countess lamented.  “From the beginning, her love life has been a disaster.  First, she fell head-over-heels over a Paraguayan musician—he used to play guitar at restaurants in Barcelona.  She was so in love, she said she was going to marry him.  The count, bless him, smelled a rat.  He hired detectives to learn everything about the guitar player.
"They found he was married and had three children.  We had somebody produce the evidence for Lara.  She cried.  And then the count arranged for the man to be paid off, so he wouldn’t bother us again.  We thought Lara learned her lesson.  But no, then came Biggleswurm.  The count saw right through him, said he was nothing.  But would Lara listen?  No.  She inherited the count’s stubbornness, and mine, too, but without our good sense.”

I listened sympathetically.  More than anything, the countess needed somebody to listen.