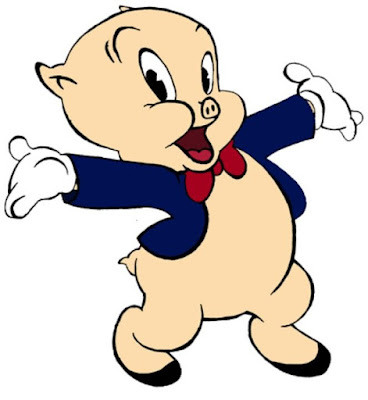 On June 1st I flew from London to Washington D.C.

One such important thing:

President Bush had just fired Porter Goss as CIA director, and my friends, the Goss-lings, were out of power along with him.

(Jay J was philosophical about it when I met him for lunch at Café Milano.  Not unlike the Prince, it seemed Porter traveled the path of least resistance—a path that always leads to trouble.)

That evening I dined at Morton’s Steakhouse in Bethesda with Clair George, who I enthralled and delighted with tales about Bulgarians in Brussels and Luxembourgers in Luxembourg, and a smoking gun from Bosna Bank.

“You’re messing with their rice bowls,” he finally said.

In a scene borrowed from The Godfather, our chairman emeritus foretold the end of my mission in the Prince’s service.

“This is how it will happen:  A group will go to Albert and demand, ‘Get rid of Robert.’”

A few days later, I met with the CIA team in a conference room at the McLean Hilton.

They reaffirmed seven points, ticking off each, as if all that mattered was that we acknowledged the basis of our relationship; a relationship long disrupted and corrupted by LIPS, their loathsome station chief in Paris.

Phil R was so ill prepared and rambling that, when he left the room, a member of his staff apologized for him.  (“He’s been working too hard.”)

I reminded those assembled that at our last meeting I had been asked (by Phil R) to set up a bank account in Guernsey and, after doing so, was then asked by LIPS, “Why did you do that?” and when I told him because Phil R said so, LIPS said, “Well, we’re not going to do it that way.”

The team's response:  Really sorry, send us a bill for your expenses.

That really wasn't the point:  CIA had become more of a hindrance than a help.

Phil R seemed confused, not remembering he even gave the Guernsey instruction, which disconcerted me further.

I left fully understanding that CIA was little more to us at this point than an unfunny joke.

Funny was back at my hotel, the Bethesda Hyatt, where a gathering of the National Obesity Forum had been replaced by a Hemorrhagic Telangieltasia Vascular Biology & Pathophysiology convention.

In the Hyatt's bar (a mini-Morton's Steakhouse), as I attempted to enjoy a glass of Beringer Private Reserve cabernet, everyone around me spoke of rectal nodules—unappetizing, if preferable to what Central Intelligence had conveyed earlier that day.

June 9th was a marathon day of liaison dining, beginning with breakfast at the Four Seasons Hotel with Ambassador Vygaudas Usackas of Lithuania and his intelligence chief of station.

Then lunch with Romanian Ambassador Sorin Ducaru and his deputy at Café Milano.

Finally, dinner at The Daily Grill in Bethesda with David Soumbadze, deputy chief of mission from the Embassy of Georgia.

The main lesson I learned this day was not to deal with anyone from the diplomatic corps but go straight to intelligence service professionals through the best possible intermediary.

Also, that Europe, not Washington, D.C., was my playground.  Anyone who served in Washington fell victim to its lethargy.

Next day I flew to California for a well-earned vacation.  It was punctuated with alarming calls from Monaco.

My deputy had met with LIDDY and received new documentation on Philippe Narmino.

And an informant called with an item about Steven Saltzman, who had apparently embarked on a "program to reform Monaco’s banking system," with the Prince’s tacit approval or not, though it seemed a ploy on Saltzman’s part to get himself named to bank boards.

Saltzman had made calls to a number of senior bank officials, inviting them to meetings at “my office in the Palace.”

I checked it with JLA, who told me Saltzman had neither Palace facilities nor official status.  He added, however, that Saltzman was “unmanageable” and that, as the Prince’s friend, had been overtly throwing his corpulence around in a bid to line his own pockets.

Proust, said JLA, was still dragging his feet on Biancheri.

Tough decisions were needed; decisions only the Prince could make. But he kept putting them off week after week, month after month.

On June 29th I had my first indication that the knives, unsheathed and sharpened, had now been flashed.

Thierry Lacoste, thwarted once too many times in his bid to enrich himself on the Prince’s coattails, was now determined—according to an excellent informant—to oust JLA.

Such was the state of play when I flew to London from California the next day, and on to Rome three days later.

A SISMI officer met me at the airport and whisked me to lunch with Alberto Manenti, after which Alberto accompanied me to the Vatican to meet Dr. Domenico Giani, director of Gendarmeria Vigilanti di Vatican, which he described as the Pope’s “intelligence group.” 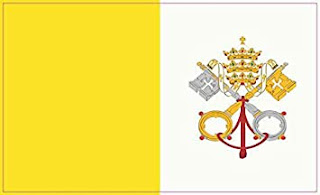 Giani told me he had been appointed by the Pope one month earlier to oversee all security and intelligence and to brief His Holiness personally.

I made my pitch for the Vatican to join the Micro-Europe intelligence association that we in Monaco and Luxembourg had created.

Giani was quick to give us his blessing for our club but could not understand why I thought the Vatican (the world’s smallest country at 0.2 square miles) to be a microstate.

So far as Giani was concerned, the Vatican is a macro-state, with global reach.

(Later, my host Alberto joked all priests are case officers, all parishioners are agents, all confessions duly noted, cross-indexed, and filed away.)

Nonetheless, Giani asked that I send him an invitation when we had a date for our first meeting; his attendance, he said, would be subject to approval by his boss, the Pope.

Giani sent me on a tour of Vatican City’s security nerve center, which featured a whole wall of large flat screen TV monitors showing every square inch of Vatican territory.

If a car entered St. Peter’s Basilica, or any other entry road, a camera focused on the plates and its tags entered into a database that immediately identified the vehicle’s owner, with three concerns in mind:  vandalism, theft, and terrorism.

By mid-morning next day I was back at M-Base, after six weeks away.

I had plans for the Dutch foreign intelligence chief to meet the Prince the following day, but I could not find Albert to reconfirm, so the Dutch cancelled.

I spent a long day in meetings with all of my various assets and informants.

They painted a bleak picture revolving around the same themes:  lack of progress and indecisions and everyone jealous of everyone else for access to the Prince (called Malade de la Sovereign).

Despite having his special project dossiers transferred to JLA’s desk, aide-de-camp Bruno Philipponnat had been increasing, not decreasing, his influence, spreading word that he now played a “super undercover role” doing “special international government missions.”

These updates were brightened only by the occasional anecdote, like Proust apparently summoning Jean-Paul Carteron and demanding he have a say over who may attend Carteron’s summits—and Carteron storming out of their meeting.

Or Steven Saltzman being called (by someone close to the Prince) “porc.”

Such were the delights of working with persons for whom English was a second language.

Posted by Robert Eringer at 8:00 AM