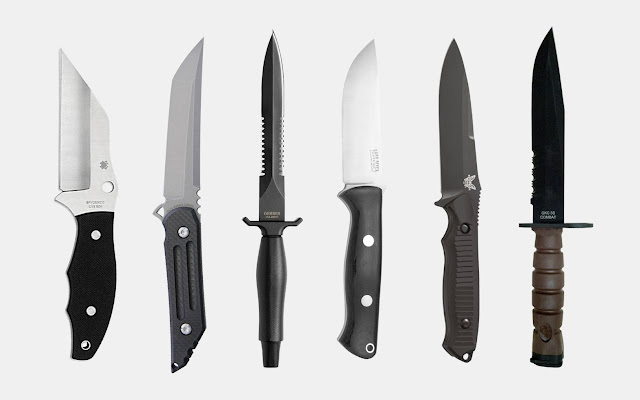 Sergey Pugachev—a wealthy Russian living in nearby Nice who had designs on Monaco.

Pugachev told JL he was building a “six star” hotel on Moscow’s Red Square and wanted SBM, Monaco’s hotel group, to manage it, even though SBM was not, and never had been, in the business of managing hotels beyond the principality’s borders. 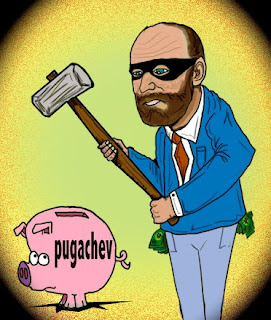 Pugachev had just purchased a Monaco institution called Sam’s Place—a homey Monte Carlo restaurant—and transformed it into a Moscow-style bar and restaurant called Altovia to give his grown sons—Viktor and Alexandre, Monaco residents both—something useful to do.

LIDDY turned up at M-Base with new documentation he’d promised on Narmino, reflecting a money trail from Saudi Arabia to Germany to Bosna Bank in Sarajevo to Privedna Bank in Zagreb, Croatia, back to Bosna Bank, and onto two numbered bank accounts in San Marino over which Narmino’s wife, Christina Giudici, allegedly maintained beneficial control. The source of these documents, said LIDDY, was a faction of the Serbian intelligence service.

“What is their motivation for providing them?” I asked.

LIDDY did not know.  They had not asked for money.

LIDDY confirmed for me that the French DST also possessed these documents.  DST headquarters in Paris, he said, channeled the documents to DST Marseilles for further investigation.

Furthermore, LIDDY added, the Italian service was onto this (hence the same intelligence coming from POLO, who was not aware of LIDDY’s existence and vice versa), wishing to identify Italian nationals involved in the money laundering process.

I faxed the DST in Paris asking if they were in possession of the original Bosna Bank letter.  I wanted to ensure LIDDY was not misleading me, but I also wanted the DST to know I knew they possessed such a document.

(A return fax from Pierre de Bousquet’s chief of staff confirmed they indeed possessed a copy.)

SIGER’s chief, Negre, who had been known to talk too much (hence his preclusion from my mission), had been spouting off about a so-called Monegasque establishment plan to “impeach” the Prince—a plan he allegedly supported.

“We wait two years,” Negre had told Subraud, “then it’s finished for him.”

It certainly fit with what I’d heard from the Italians—and SPLINTER.

As SIGER’s political analyst, Yves Subraud was concerned by this, as he believed the Conseil Nationale would use Monaco’s new membership in the Council of Europe as a vehicle for paving the way for the principality to be transformed from absolute monarchy, with power held by the Sovereign and the Palace, into a constitutional monarchy, in which the Sovereign’s role would become largely ceremonial with power wielded by the president of the Conseil Nationale and the minister of state.

When I connected with JLA, I found him demoralized.

“Proust has screwed the Prince,” he told me.

How and why could this happen?

The answer is simple:

Proust had been the last to see the Prince and skillfully walked away with tacit agreement.

For the Prince, perpetually distracted as he is, tacit agreement is simply the easiest thing for him to do.

He cannot deal with the issue at hand, so to avoid confrontation he gives in—a bad decision by default, leaving JLA, striving only to implement the Prince’s program, dangling in the wind, weary, depressed and ready to call it a day.

Proust’s plan was this:  Yes, Franck Biancheri would step down as finance minister.

But that was because he would become chairman of economic development and special advisor to the minister of state.

The campaign to discredit JLA had already begun in earnest.

And the courtiers around the Prince who wanted to poison him against JLA knew exactly what potion to use.

That afternoon, JLA told the Prince I needed to see him with “urgent information” (the new Narmino documentation).

The Prince replied, “I just met him.” 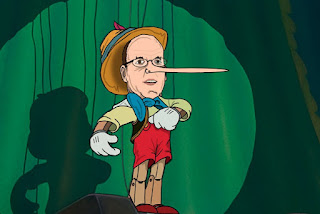 When JLA phoned me that evening and learned the Prince had not just met me; that in fact I had not him since my return from the USA, he was flabbergasted.

I’d left several messages for the Prince and no call back, though we had much to catch up on—serious affairs of state.

The reorganization of SIGER, although approved by the Prince and ordered by JLA, had still gone nowhere.

A news story had just broken about a certain Monaco Red Cross scandal.

Roger-Louis Bianchini, a Nice-based correspondent and Monaco specialist for the Nice-Matin, reported that donations went unrecorded on a regular basis.  Obviously, I wanted to know the source of such accurate information.

It was fortuitous that FLOATER was in town for another round of Operation Hound Dog, the Prince’s favorite. 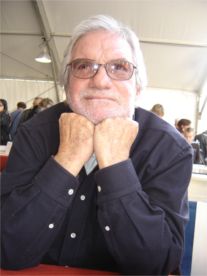 The French reporter spoke no English, so I assigned one of our support translators to tag along.

Without question, Roger-Louis Bianchini (RLB) is his own man, and everything about him screams "I work stories my own way." He was the lone occupant of a second floor loft office, and a bright fluorescent lamp illuminated his large metal desk while the remainder of the space, filled with file cabinets and boxes, remained shrouded in darkness.

He firmly shook my hand and I immediately noticed the grey stubble on his face and a beige sport shirt hanging atop clownish blue-and-white striped trousers.

RLB, a direct man who did not want to waste time, asked if I wanted him to talk about Prince Albert and Monaco or if I wanted to ask him questions.

On Money Laundering:  “The fact of him (Albert) saying he is going to change this is one thing.  Changing it is another.  With money laundering, Monaco has shut its eyes.  I don’t know if things can be changed.”  Why? RLB said any deviation from the way things are done will change the climate for doing business in Monaco and will create dramatic change for local businesses and citizens.  He implied that Monegasques like what they have and will not tolerate dramatic changes in employment or the quality of life.

On Rainier’s Impact on Monaco:  “He went to extremes” to create something that “was just a rock with nothing that grows and nothing that can be made.  He made a safety [deposit] box.  Thirty years ago, Monaco was nothing.”  RLB credited Monaco’s modern-day success to Rainier because he was the first ruler in recent history to “live and rule there.  Albert 1, and others, was never here.  We must never forget this.”

On the ‘Three Poles” of Success that Rainier established:

Security.  “He created an atmosphere of complete safety for citizens and those doing business here.”  RLB cited unique powers granted to police in Monaco that are nonexistent in other countries, including France.

Media:  “Putting the royal family (hence Monaco) in the press is one of the most effective PR efforts in the world, and it is free.  Costs nothing!  They (the Palace) don’t spend money on this, but sometimes they initiate lawsuits when they don’t like the story.  Through the press, the world’s attention became focused on Monaco and what it offers, including tourism and financial services.”  But the media effort was seriously hampered after Prince Grace’s death because the fairy tale came to a tragic end, said RLB, who added that the Rainier-Grace nuptials—which he described as an “arranged” marriage,” was a “wonderful” event that put Monaco and its princess at the center of the world’s attention.  Since Grace’s death, nothing positive has filled the void.  Caroline is virtually “nonexistent” while Stephanie is “not a glory but everyone sympathizes with her.”  There is still a problem today even with Albert as Sovereign because he has not wed and not “duplicated his parents experience.  His wedding would put Monaco back on the map.”

Banking and Financial System:  Rainier, explained RLB, made it easy to bring and invest money in Monaco, but without security these activities are less effective.  “Today, security is not what it once was.”  He mentioned that more street crime—robberies and burglaries—exists today than during Rainier’s era and cryptically referenced a police scandal about cops on the take.

On the “Yalta Conference of Privatization”:  it took place in the summer of 1991 on a yacht outside of Cannes—and was a meeting of Russians to decide how to funnel money out of Russia.  French intelligence infiltrated the meeting by placing an undercover agent on the crew of the boat.

On the Difficulty of Stopping Illegal Activities, Especially Money Laundering:  “The chances of doing something about these problems are not great as long as multinationals continue to hide profit from taxation throughout the world.  It is especially difficult, despite the money reforms here, because investment in Monaco is coming via bank notes from London.

On the Italian Mafia:  RLB gave them the highest marks of all the organized crime groups because they don’t like to make waves or be visible outside their own turf.  Consequently, the Italian Mafia partnered with local “teams,” which made them highly effective because they bought into the local Italian infrastructure.  They had ready access to corrupt cops, judges and government officials and easily found local businessmen to serve as fronts for whatever criminal enterprise they wanted to create.

On Russian Influence:  “A lot of money and people have moved into the Cote d’Azur recently,” RLB said.  But he didn’t see them as a big threat because they lacked “local teams” that were used so effectively by the Italian Mafia.

On the Biggest Threat to Monaco:  “Hard to say—but the Italian Mafia is the most intelligent.”

On the Monaco Red Cross Scandal:  “Read my story.”

I pressed him on Narmino’s involvement. “Yes,” he replied.

Bianchini steadfastly refused to refer FLOATER to anyone, shrewdly realizing, perhaps, that by doing so he would reveal his sources.

But we already knew that one of his key sources in Monaco was a Monegasque named Pierre Colombani, who billed himself as a banking and judicial expert; Bianchini was often seen in the principality in the car of his Italian girlfriend, Marina Pascoli.

On the evening of July 7th, JL planned to meet with the newly “promoted” Franck Biancheri at seven o’clock in Monaco’s Yacht Club.

We agreed on a bold plan:  JL would mention Bosna Bank in an off-handed way and gauge Biancheri’s reaction.

“Use discretion,” I advised, “and only go for it if it feels right.”

At 17 minutes past eight, I received this text from JL:  “We need to talk!”

We met at Quai des Artistes 90 minutes later; JL recounted as saying to Biancheri, “Glass of champagne to celebrate?”

“Are you kidding?” Biancheri replied.  “There’s nothing to celebrate.  I was running a ministry of 200 people.  Now I have no people, no real portfolio.  The titles mean nothing—they have cast me out.”

Joined by his wife, Sylvia, the pair spit blood and venom in unison.  Disgusted, Sylvia departed.

“I’d asked you about skeletons,” JL said to Biancheri, referring to a period before JL had met me.  “You told me there were none.”

Biancheri went from glum to nervous, dropping his hands between his knees, avoiding eye contact. “What do you mean?”

“You ever heard of Bosna Bank in Sarajevo?”

Biancheri hesitated.  “Should I know it?”

“You were the fiance minister,” said JL.  “You should know all the banks everywhere.”