Clair George and I took our seats aboard British Airways Concorde.

“What are you taking notes on?” he asked.

Clair put his hands over his eyes I real or mock angst.

He knew I was going to write all this eventually. After all, I'm a writer first and foremost, and that's what writers do.

Clair said to me, more than once, “Wait till after I’ve gone and then write a great spy book.”

The food and drink on BA wasn’t as good as on Air France Concorde, but flight time was just as fast and we arrived to a balmy 70 degrees in London.

Alpha 26 faithfully awaited our arrival. The gas lamp on his dashboard was lit, indicating a near empty tank.

He perceived this a challenge thrown up by the devil and refused to pull into a petrol station and fill 'er up.

“It’s terrible what’s going on,” Alpha 26 moaned.  “Ritual child abuse at the highest levels, and anyone who finds out is hushed up.  Freemasonry.  Your President Clinton is a Freemason, you know.”

“Doesn’t surprise me,” said Clair.  “Clinton is a member of everything.  The Lions.  The Rotarians.  There’s nothing he’s not a member of.”

Next morning Clair and I floated around Jermyn Street, perusing the shopfronts of fine shirt-makers.  I tried to talk Clair into buying a purple velvet smoking jacket at Turnbull & Asser, but he had none of it.

“I hate English shirts,” he said.  “I don’t know why I bother looking at them.” 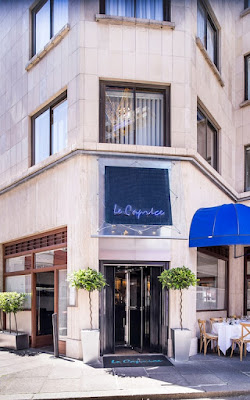 Onto Le Caprice for lunch with Piers, a private eye.

I had found Piers, a Brit, through an old friend who’d been very satisfied by the quality of his work.

Clair always said, “If you’re investigating someone in Switzerland, don’t hire a Swiss for the job.  Use Germans against the English, English against the French..."

So I’d met Piers a month earlier in Paris to explain the problem.

“I’m handling a highly complicated child custody dispute," I had explained then. "I’m on the mother’s side, but unknown to the mother, my client is her mother, the grandmother."

“That’s right.  The mother thinks I’m a gift from God who is paid by a trust fund created by her late father.  I’ve managed to become best friends with the child’s father, a wacky baron, who believes our friendship is based on his destiny to become a bestselling author.

“But that’s just part of it,” I'd continued.  “Our client believes her daughter is influenced, perhaps manipulated, by a woman, a Buddhist, who may view my client’s daughter as a lifetime meal ticket.  We call her Madam Goddam.

“That’s where you come in.  We need to know everything you can find out about Madam Goddam.”

Fast forward to lunch in Caprice: Piers had conducted his investigation and was now ready to brief the spymaster and me.

“We tracked down Goddam’s parents in Belgium," Piers began. "They’re a couple of old hippies, mid-seventies.  Nice people—from the Land of Nod.  Goddam doesn’t visit often.  But they receive her mail—voting cards and such—and forward it to Switzerland.  They’re Buddhist.  They told our investigator Goddam is a good Buddhist and very honest.  They say their daughter moved to Switzerland because, and I quote, ‘There is a better atmosphere for Buddhism in Switzerland than in Belgium.’

“She has a reputation for sexual promiscuity from way back,” added Piers.  “She ran off with an American colonel once—yes, he was married—and they lived together in the U.S. for seven years.

“Now her husband [Lara’s chauffeur].  He worked for a security company as a guard. I spoke with his ex-boss.  He’s clean.  No criminal record." Piers paused. "This probably isn’t what you wanted to hear.”

I shook my head.  “We want to hear the truth, whatever it is.”

Piers turned to Clair.  “Just out of curiosity, how does it feel to do what you’re doing now?”

The spymaster never missed an opportunity to keep his mouth shut.

Somehow, Alpha 26 had discovered that Clair had been CIA’s spymaster.  “How long till you lot f--- up the Middle East?” he asked. 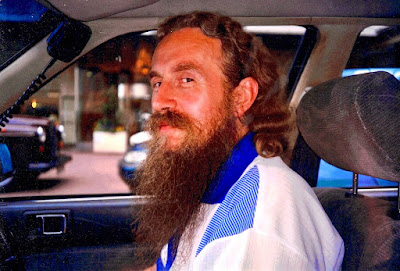 “You mean kill him?”

“Because he’s an ugly piece of shit.  And fat, too.  And because we just don’t like Arabs.”

For once, Alpha 26 was speechless.  Which, I guess, was Clair’s objective, since, in reality, he did not have a bigoted bone in his body.

So impressed was I by Piers, and what could be achieved by private detectives compared to investigative reporters, I went to see Stuart Kuttner, Investigations Editor at News of the World, the UK’s largest circulation Sunday tabloid.

I had first met Kuttner in the late 1970s when I sold investigative stories to Fleet Street newspapers, and we had stayed in sporadic contact through the next decade.

I made my pitch:  why not use private investigators to acquire sensitive information?

Kuttner apparently ran with my idea—albeit without Piers’ or my involvement.

Fifteen years later, that newspaper's use of private eyes to hack into the telephone messaging accounts of celebrities, royals and other journalistic targets would result in multiple arrests—including Kuttner's own—and the termination of News of the World.

Clair and I glided into Serene City.  I couldn’t get us into Hotel Des Bergues this trip, so instead I’d booked the Beau Rivage.

My room was a grand salon with two sets of French windows and frescoed angels on the ceiling, a king bed beneath a crystal chandelier, a coffee table and chair, a writing table and a bowl of strawberries compliments of the manager.

I showed it off to Clair.  “You could run a war from this room,” I said.

“We once did,” he dryly replied.

Next morning, the countess welcomed us with a kiss on each cheek in the Gray Fiduciary’s office.

“This is a very complicated situation,” Clair began.  He reminded the countess that our objective, all along, was to protect her grandson.

Another Clairism:  Stick to brief.

“We have two problems,” he continued. “One is the baron, who we know is crazy and will only get crazier with time.  He’s a big phony, and his new wife is beginning to realize this.  That marriage won’t last, and, as time goes by, the baron will need money, and he’s going to believe his son should be his meal ticket.  So he’s going to cause a lot more trouble."

The countess nodded.  She adored Clair.

“The other problem is this Madam Goddam,” Clair flailed his arms around.  “She’s a flower child from the sixties.  She has slept her way around Europe.  But she’s not a bad person from what we know.  She’s Buddhist…”

The countess interrupted.  “So she is Buddhist.  I see now.”

“Countess, let me be honest with you,” said Clair.  “Buddhism isn’t bad.  Different, yes, but there are many religions that are a lot worse.”

“Lara is a Catholic,” said the countess.  “That’s how I brought her up.  A Catholic.  Not Buddhist.  This is terrible.”

“These seem like nice people,” said Clair, referring to Goddam and her husband.  “The problem is, Lara relies on them for everything and cuts you and everyone else off. The good news is that Robert, here, has gotten close to Lara.  She listens to him, trusts him.  And what I’d like to see here is Robert get into her circle, to become more influential in Lara’s life.”

The countess seized on this “ingenious” idea, which I had no idea was coming until Clair spoke it.

“And now Robert has some reports to show you,” Clair finished, bowing out.

I had thought this might be our final meeting, and was actually hoping it would be, so I could wash my hands of Baron von Biggleswurm.

But the countess seemed more determined than ever to renew the soap opera she produced, directed and in which she enjoyed a starring role.

I realized, sitting there, that this was her entertainment in old age.

“You mean I have to keep dealing with that crackpot baron?” I said.  “Countess, no one deserves this kind of torture.”

Never miss an opportunity to keep your mouth shut.

You rarely learn anything from talking (unless you’re talking to a therapist).

But there is much to learn from listening to others.  What they say—and sometimes what they don’t say.

Often, there is no reason to talk at all.  Let the person you are with talk and talk and talk.  Not only will you learn much about them, they will adore you.  People love to talk about themselves; they love people who listen to them.

There is almost no reason to ever say anything, aside from, “That’s fascinating, tell me more.”

This is how you learn secrets.  People eventually get round to telling you what you want to know all by themselves.  Don’t push; let them get there on their own.

And if you feel tempted to tell them about yourself, don’t.

Tell yourself:  “Self, keep your mouth shut.”

Hence, everyone else’s spiel is an opportunity for you to keep your mouth shut.

But suddenly there is silence?

Keep your mouth shut.  The person talking to you will fill it, if only out of nervousness.  People are generally frightened of silence.  It makes them talk.

You are asked a question?

Turn it around with a question of your own.

Feel challenged to view silence and questions as an opportunity to remain mum.

This holds especially true with depositions under oath.

You have nothing to gain by telling your story.  It will be twisted and used against you.

First, take a deep breath to consider the question while providing your brain with a fresh infusion of oxygen.  It also throws the opposition off their rhythm.

Answer as simply and with as few words as possible, preferably just yes or no.

“Do you know who was responsible for that?”

“That's not a question.”