John H would have seized upon Edward Lee Howard's plan to steal into the USA for a surreptitious visit to his native New Mexico, the one state that had a warrant on file for his arrest.

But John H was gone from the FBI. And no one at Washington Field Office (WFO) or Headquarters wanted to do anything more about Howard than pile paper, the bureaucrat's favorite pastime.

In fact, the FBI's Albuquerque field office had so little interest left in Howard, they breached protocol and transferred administration of me to WFO, which had a greater stake in my other operations.

Stuberg summed up the current thinking in WFO about Ed Howard when we met on January 8th at Chef Geoff's, a restaurant on New Mexico Avenue in the leafy, affluent northwest Washington neighborhood of Wesley Heights:

He was conveying the bureaucratic sentiments of his Big Cheezer, James "Tim" Caruso, National Security chief at WFO.

"I thought the FBI always gets its man?" I said.

"The Bureau should catch Ed Howard," I said.  "It sets the right example for any future would-be traitors:  It may take 15 years but we never forget you and we'll nail your ass.  So what if some U.S. Attorney can't win in court?  That's their problem, which they're trying to shirk.  The Bureau's job is to catch Howard, throw him in the clink.  If he walks later, like O.J., at least we did our part."

If WFO smelled cheesy, Igor Prelin reeked even worse (and that was just by e-mail).

Prelin had harnessed a new book, and he asked me to meet him in London, to which he would travel with the book's author, a former KGB colleague named Stalian "Alexey" Sokolov.

The FBI said, Sure, why not?

By this time, I managed a cluster of ever-evolving operations without geographic restraint, with enough clout to set my own agenda.

And so off again, to London, just two months after my rendezvous in Switzerland with Edward Howard.

Prelin and his friend Sokolov awaited me in the small lobby of the old Coburg Hotel on Bayswater Road.

I'd made dinner reservations around the corner at Royal China.

We sat, studied menus, each other; ordered hot sake.

I congratulated Prelin on his foresight:  He had predicted a Putin presidency two years before anyone could have known.

"Yes."  Prelin chuckled, brushing modesty aside.  "I get your message from Edward [Howard].  You remember our conversation.  I say it will be name nobody knows.  We at KGB engineer Putin to power."

"Finally, deal with Yeltsin," said Prelin.  "Yeltsin receives immunity from corruption.  But after he dies, we go after all Yeltsin relatives."

Said Prelin:  "Putin's power-base is from GRU and FSB.  He will increase intelligence presence around him from 40 to 80 percent."

I asked about my old Uncle Vlad.

Said Prelin:  The former KGB chairman had been in hospital for knee surgery.  He had become an unofficial advisor to Putin, counseling the new Russian president to take strict control of government and build a strong Russia.

At 69, eight years older than Prelin, this was Sokolov's first visit to London.

Hot sake arrived.  I poured, we toasted.  Soon after, three bowls of wonton soup appeared before us, followed by prawns with honey and black bean sauce, scallops with asparagus, stir-fried Dover sole, and two bowls of steamed rice.

Following my example, both KGB veterans attempted to use chopsticks.  They fumbled their food and turned our table into a war zone.  When they finally gave up, the two Russians did not request cutlery, but switched to soup ladles.

(The competence to use multi-cultural eating utensils should be a prerequisite for espionage work.)

In between swallows, Prelin raised the reason for their trip:  Sokolov's book.

They pitched it as a nonfiction expose of Oleg Kalugin, the former KGB First Directorate chief who had settled in the USA but never actually defected.

"If he comes back to Moscow," said Prelin, "he will be executed within 24 hours."

Sokolov looked quizzically at his buddy.  "But we no longer have death penalty, Igor."

"No matter."  Prelin was vehement.  "Execution within 24 hours."

"Of course."  Prelin was matter-of-fact on this point.

"Do you know where he lives?" I asked.

"Would you ever try to kill him in the United States?" I asked.

Back to Sokolov's book, already written in Russian and published in Russia.

Its theme:  Kalugin was personally responsible for every Russian spy case that ever went south on the KGB, over a 40-year period, including Aldrich Ames.

"Oh, c'mon," I said, just like Clair George would have.

Sokolov nodded.  This KGB veteran had done one four-year stint in Washington, in the late 1960s, and spent the rest of his career at headquarters in Moscow analyzing the U.S. intelligence services.

He did not tell me but I already knew from the Bureau why he never served overseas again:  Sokolov's superiors discovered he was gay and they did not wish to avail him to honey-trap blackmail scenarios.

Sokolov told me that he personally recruited John Walker, the NSA spy; that the English-language version of his book would detail this case.

"I once recruited American couple working for the State Department in one elevator ride," Sokolov boasted.  "Twelve floors.  By the time we reach bottom, one minute, I recruit."

As for the mechanics regarding Sokolov's book, Prelin offered George Blake's services as a translator.

"Ah, we have MI5 behind us," Prelin suddenly erupted, looking over his shoulder.  "I know them!"

Sokolov, facing me (I, seated next to Prelin), craned his neck.  "Where, Igor, where you see?"

(This was like a Bullwinkle cartoon with a gay version of Boris and Natasha.)

I didn't even turn around.

"I am kidding!" Prelin said with glee.

I settled the check.  Prelin requested that we walk to their hotel, about fifteen minutes away; they had some gifts for me.

As we walked Bayswater Road, Prelin occasionally slipped his elbow through mine.  Soon we arrived at the Lancaster Court Hotel.  Prelin suggested we go up to the room they shared "to drink vodka."

I declined, suggesting I wait in the small lobby while they grabbed their gifts and we take the party to my hotel, The Lowndes, which had a cozy lounge and a decent bar.

Fifteen minutes later, a taxi deposited us on Lowndes Street.  Inside, Prelin ordered a cocktail of his own creation:  gin, Campari and tonic.  He instructed Sokolov to drink the same.

I opted for armagnac and went to my room to find a Cuban cigar.

Upon my return, Sokolov reached into his plastic bag (from a duty free shop at Sheremtevo Airport) and handed me gifts: 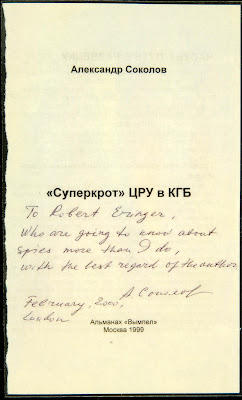 *  A copy of his Russian book, Spy Story, in which he had scribed:  "To Robert Eringer, Who are going to know more about spies than I do, with the best regard of the author..." signed and dated.

*  A bottle of KCTOK vodka (best for cleaning ovens).

I snipped the tip of a Monte Cristo No. 5, lit, puffed, and consulted my armagnac.

That's when Prelin offered me $2 million for the CIA's file on Aldrich Ames.

I laughed. "How could I possibly get the Ames file?"

Prelin shrugged.  "Any way you can.  If you get, two million dollars."

I asked Prelin if he was still chief of the retired KGB officers association.

He whipped out a red faux leather, gold-embossed card.  "This is my membership." 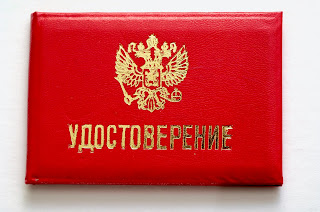 "I make you honorary member of FIVA, retired KGB association.  For services to the Motherland."

"You will receive card exactly like card carried by Edward [Howard] and George [Blake]," said Prelin.

"And you get nice badge, too," added Sokolov.  "Five stars." 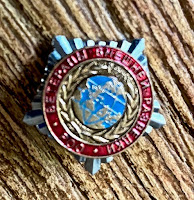 "Is that how many years of prison I'd get if the FBI finds out?" I said.

"No more than 20 years," cracked Prelin.

Sokolov suggested that I share with him the byline of his Kalugin book.

Prelin jumped in.  "It would be better for the book to have an American author, no?"

Yes, it would.  But no Western author is going to give your crap-book credibility on my watch.

I said I'd think about it.

Next day, I hosted a lunch for Prelin, Sokolov and Nicholas Davies, a British nonfiction book author.

I'd known Nick since he was foreign editor of the UK Daily Mirror years earlier; I told him I was developing book projects with this pair of Russians.

We met at The Lowndes and walked to Zaffarano, a high-class Italian restaurant two doors away.

Prelin deliberately sat with his back to the wall.  "Ah, this is good," he exulted.  "I can see the door!"

"Tell me if anyone from MI5 walks in," I deadpanned, but my sarcasm was lost on him.

We got off to a faltering start.  Davies spoke too fast for the Russians, though they pretended to understand what clearly they did not.  It was clear we needed lubrication.  I ordered a bottle of pinot grigio.

Conversation centered on Davies.  The Russians had done their homework and knew he'd written a slew of books on British royalty, primarily about Princess Diana.

Sokolov, sitting across from me, said little.  He steadied his eyes in my direction.

A propos of nothing, he said, "It is true you join Ku Klux Klan?" 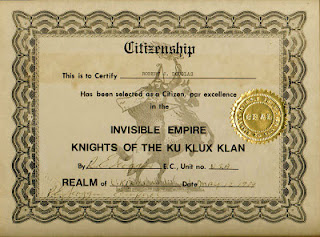 Another question from Sokolov:  "What is meaning dream bed?"

Apparently, Sokolov had thought the term dream bed meant twin beds.  Consequently, he and Prelin were doubling as bedmates in a standard-size double bed.

Such imagery was most unappetizing.

And then our meal arrived.

Digging into salmon over a bed of spinach, Prelin reported with glee that during his career he had never worked with a female KGB agent.  He said women were no good to work with.

(Jeez, if I had to double up in a cheap hotel and share a dream bed, I would certainly prefer working with a female agent...)

My two Russian guests, and I re-assembled in The Lowndes lounge so I could coach Sokolov on what to write as an addendum to his book for American readers:

*  Analysis.  If, as you say, your job was to analyze U.S. intelligence services, what were your assessments?

*  SVR and FSB.  No one, I pointed out, had yet written a book on Russian intelligence since the disintegration of the KGB.

*  Putin.  A strong chapter on how the intelligence apparatus engineered the ascension of Putin to the presidency.

All that remained was payment for George Blake to translate.  They promised to check with Blake and let me know the cost.

"And I will send you KGB card," said Prelin.

(It had been opened and re-sealed with U.S. Customs tape.)

And a five-star badge.

It was official:  I'd been inducted into the KGB, a made man.

Posted by Robert Eringer at 9:02 AM