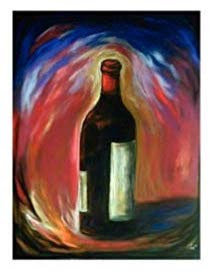 My Luxair flight to Luxembourg landed at 4:40.

Frank Schneider of the Luxembourg intelligence service stood on the tarmac to greet me, grab my luggage directly from the hold, and whisk me around border control and through the VIP lounge to the Hotel Beaux Arts.

That evening, the Club of Luxembourg (named as such for the purposes of our first meeting) kicked off to a flying start over a long, sumptuous dinner in Le Bouquet Garni-St. Michel, hosted by Lux intel chief Marco Mille.

Godfrey S, chief of Malta’s intelligence service, graced us with his presence despite a disdain for foreign travel, and brought with him his operations chief.

Godfrey listened to everything, spoke little, and observed everyone with eyes black as oil.

Of all the intelligence chiefs I’d met, Godfrey won the award for the longest, toughest eye-grip. He could go a full minute before turning away from my gaze.

(A few days earlier, said Rene, he’d taken a call from SICCFIN’s chief in Monaco asking why she hadn’t been invited to this meeting, implying that Andorra ignored us in solidarity with SICCFIN.)

“Once we get people to Senningen,” joked Marco, “no one is allowed to leave until the problem is solved.”

We began—around a large conference table—with presentations of our services. 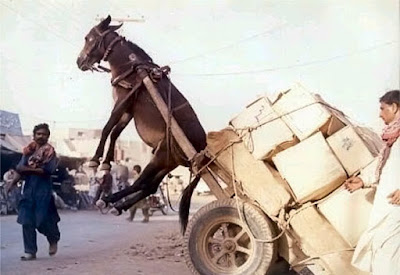 Luxembourg put on a slide show, the first image of which was a donkey in the air and the cart it led overturned.  “This is the problem,” intoned Marco Mille.

(He must have been thinking of my client, Prince Albert.)

After my own presentation on the genesis of Monaco’s intelligence service, Marco added words of support, adding that our joint operations were working very well.

I conveyed my experience with Andorra.  One participant perceived their involvement with us, should they change their stance, as a risk to our collective, given the trouble they had already caused.

Another participant felt they should be given another opportunity to join our association.

It was agreed that Marco should send them a fax:

We met, it went well, we shall continue, you’re invited to the next one.

(He did so.  Andorra never replied.)

The Vatican, also, had not responded to Luxembourg’s invitation.  I would send them a similar message.

Iceland:  We all agreed Iceland should be invited, that perhaps we should be a club of Europe’s “small countries” rather than microstates.

San Marino:  All agreed that San Marino should be contacted, cultivated and invited.  I offered to handle this myself, expecting SISMI to affect an introduction, even though they kept putting me off, saying the time was not yet right.

Gibraltar:  “We’ve already got the American,” Marco joked, referring to me.  “We don’t want a Brit, too.”

We agreed our club should meet three times a year; that I in Monaco would host the next meeting, mid-February, and call it the Club of Monaco on that occasion with a view to creating a permanent name thereafter.

One participant felt that when the services of large countries learned about our club they would ridicule it, “but then they’ll become curious.”

The point we would make to them, said another participant, is that we stand together against criticism about money laundering from the large countries, and turn it around on them:

We’re all working together, effectively—what are YOU doing about money laundering in the major financial centers of London and New York and Paris and Frankfurt?

We agreed that our association should be based upon human chemistry; that though we would cultivate the “misfit” countries to join, we would have to like their service chiefs as a condition of inclusion.

The key to our success, we all agreed, was to be asymmetrical and quirky.

If anyone from other services should ask about our club, we would tongue-in-cheek explain it as "a fine wine appreciation society."

And in fact, that evening we drove en masse to Ehnen, a village in Luxembourg’s wine-producing region, for wine tasting at the Linden-Heinisch vineyard:

This—the enjoyment of fine wine—would become a running theme as our club evolved.

It was past midnight when I finally crawled into bed—and crawled out five hours later to catch an early flight out.

Posted by Robert Eringer at 8:17 AM