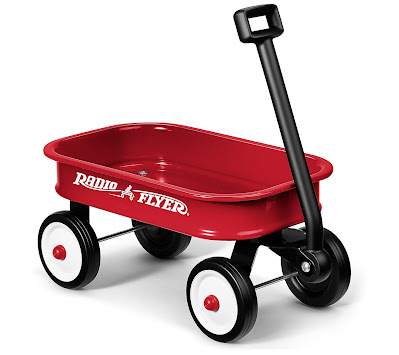 Clair George flew to the French Riviera for a week with Greek friends on Cap Ferrat then joined me for a jaunt to St. Moritz for a double-header:  I planned to meet both the countess and the baron, albeit separately.

“Are you sure you want to do that?” asked Clair, concerned about cover.

"Cover, my ass. You just want to weasel out of having to meet that lunatic baron again.”

We flew to Zurich, made our way to the train station and 90 minutes later glided into Chur for connection to the Glacial Express onto St. Moritz.

As we crossed the platform, a hot dog vendor sold me a frankfurter, hard roll, dollop of mustard and a bottle of beer.  I relished this snack as much as anything ever served aboard Concorde as the train careened through scores of tunnels, up, up, up into the mountains.

We slid into St. Moritz at two o'clock on the dot and our client’s driver met us at the station.

Countess Bossi met us at the entrance of her chalet and led us into her splendid world of wooden beams and Engadine charm, its living room built around a large painting—a Dutch skating scene three-centuries old.

A balcony view at this altitude took our breath.

The countess pointed out a hot tub the size of a swimming pool.

“We heat it to 80 degrees in winter,” she explained.  “The steam rises and the water is framed by snow banks.”

A servant appeared to say pasta would be served.

Fresh linen, bone china, silver cutlery and crystal glasses had been laid and we soon filled our faces with the best ravioli ever made, followed by coffee in the Grand Salon.

The countess beamed.  “I have news,” she said gaily.

Clair and I hunched forward.

“Madam Goddam and her husband, the chauffeur, will leave at the end of the year.”  She shrugged, all innocence.  “It may have been over money.  Come, I’ll show you around.”

We toured the chalet and all its memories.

The countess and her count were the original jet-setters—and all their jet-setting souvenirs rested here, collecting dust.

The chalet’s lower floor had been Party Central, where Niarchos and Agnelli and Pamela Harriman whooped it up and danced until dawn.

On the wall, a portrait of the count, the countess, and nine year-old Lara.

Now the count was dead and the daughter estranged—leaving the countess with servants, memories and mementos.

I contemplated our client’s nostalgia as we rolled down the mountain to Suvretta House, our lodging.

Clair said her situation reminded him of the Billy Wilder classic Sunset Boulevard, a 1950 movie in which Norma Desmond (Gloria Swanson) drags Joe Gillis (Richard Holden) into her fantasy world.

And, speaking of fantasy, back in my hotel room I connected by phone to Baron von Biggleswurm, who was lodged at The Kulm.

“Is this the famed baron?”

“Remember my investor?  He’s here, too. May we buy you a drink?”

Clair and I ordered drinks in the Palace bar.

“Here he comes,” Clair said out the side of his mouth.

Did Biggleswurm have 50 pages of book material?

“I have a meeting with Kohl,” he bottom-snorted, seating himself.

“Yaa, Helmut. I have an idea he wants to hear. Did Robert tell you about my ideas?”

“No,” replied Clair.  “But he told me he had the most wonderful time at your castle.”

The baron beamed.  “Yaa—you must come.”

“I will,” said Clair.  “Robert and I will visit together.”

“Yaa, you must see my library.”

“Yaa!  It goes well.  You know, Nietzsche lived in the next town.  You must come to Nietzsche’s house with me.”

The spymaster shot me a dirty look.

“What are you doing tonight?” Biggleswurm asked.

“We have to get back to the hotel for an important dinner,” Clair fibbed.

“I see.”  Biggleswurm brightened.  “Tomorrow!  I take you to Nietzsche’s house tomorrow!”

Next morning, a hotel omnibus wheeled us to the train station.

“You know,” I said to Clair.  “We’re living a Ralph Lauren Polo ad.

“Not quite,” Clair replied.  “I don’t think that crackpot baron belongs in Ralph Lauren.  I suggest St. Elizabeth’s [a Washington DC psychiatric hospital].”

Somehow, Countess Bossi's daughter Lara discovered that her mother was the invisible paymaster behind the spymaster and me.

Her response was to run away from home.

The countess phoned me in a state of shock after Lara had mailed two letters postmarked Geneva airport.

One, addressed to her ex-husband, announced she was moving to the United States and, henceforth, their son would not visit come summer, not visit anytime.

The other was addressed to her mother:  “I’m leaving forever, don’t try to find me.”

“Don’t worry,” I reassured the countess. “We’ll find out where she went."

Within an hour, our dataveillant nailed it:

Lara had bought a house in Santa Fe, New Mexico.

The Gray Fiduciary feigned surprise.  But his participation must have been necessary to transfer $2 million to purchase the house for cash.  And it was probably he who had confessed our client’s secret sponsorship of our ongoing mission.

Baron von Biggleswurm was as shocked as his ex-mother-in-law.

At first he went ballistic, spluttering to me over the phone about tracking his ex-wife, whatever the cost, and putting her behind bars “for this outrageous kidnap.”

A day later he resolved to do the opposite.

“I give up," he told me. "If my son wants to see me, he will come.  If he does not, well, I cannot keep spending money on lawyers.”

Biggleswurm telephoned his ex-mother-in-law to protest his predicament—and learned, to his surprise, that they were swimming in the same soup. 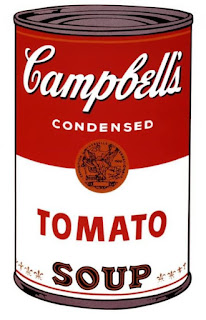 “I talked to the hedgehog,” Biggleswurm told me.

“The hedgehog.  She’s also in the soup.”

Incredibly, because they were both swimming in same soup, the conniving countess and the barmy baron forged an alliance, she pressing her former archenemy to take legal action against her daughter.

Clair and I cautioned her against such tactics.  Not only was Biggleswurm unpredictable and quite likely mentally insane, Lara would never forgive such a collaboration.

Our warning fell on deaf ears.

A master web-weaver, such shenanigans came natural to the countess.

A few weeks after Lara’s bombshell move, Biggleswurm received a letter from a Santa Fe lawyer stating that if he wished to visit his son, he must do so in New Mexico, on his ex-wife’s terms, which included not being allowed to take the boy out-of-state.

The countess then actually paid for Biggleswurm to fly to New Mexico so that he could retain a lawyer, also at her own expense.

The baron took the opportunity to visit his son’s private school where he raised a ruckus over the boy’s enrollment under his mother’s name not his own.

Santa Fe’s sophisticated community, which had seen just about everything, never saw anything quite like the baron.

He left a trail of incredulity ten miles wide.

Upon his return to Germany, Biggleswurm wailed at me over the phone about his woeful predicament.

“Can you believe, my son needs a bodyguard to spend time with me?”

As usual, the lawyers cleaned up.

Ultimately, Biggleswurm reestablished visitation rights, but only after his lawyer instructed him to “shut up” after he attempted a bout of bottom-snorting before the judge.

The baron cut his ex-mother-in-law a slice of visitation—her reward for paying legal costs.

This resulted in Biggleswurm bringing the boy to visit his grandmother on the French Riviera for five days.

Lara must have known her mother and ex-husband were in cahoots.  But whatever she felt about this odd alliance was tempered by her brain trust (including the Gray Fiduciary), which counseled her to sweet-talk her mother—or risk disinheritance.

And so Lara commenced a campaign of weekly telephone calls to her mother to exchange pleasantries, neither mentioning their prior estrangement nor the issues that had prompted her runaway from Europe.

Clair and I did not deign it our place to tell the countess she was being conned.

We reasoned that if Lara’s turnaround, however deceitful, made the countess happy during her autumn years, so be it.

When Clair and I met the baron during a visit to New York City, he blamed me for his never producing a single manuscript page because I hadn’t applied enough pressure on him.

He pressed the spymaster and me to visit his room in the Carlyle Hotel to watch a one-hour video of him conducting a Russian orchestra.

The performance was out of sync, like an old Japanese Godzilla movie, as if the musicians had decided in advance to perform at their own speed and ignore the baton-waving mental case.

Clair phoned the countess and conveyed our daffy evening with the baron.

“I see,” she replied, tired and bored.

Then she pulled the plug.

And that is where we stood…

...until months later when we received marching orders from Countess Bossi to get our butts, pronto, out to Santa Fe, New Mexico...