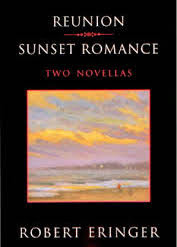 In June 2001, I moved from Washington, D.C. to Montecito, California.

In fact, I was suffering undercover burnout and needed a beach to tread for a few months, at least.

He dabs moody blues and purples from his palette with three filbert brushes to prep a 10-by-14 Masonite board for an oil painting of the firework display already popping over Stearns Wharf, the oldest pier on America’s west coast, one mile to the west.

Van Stein captures his prey with deft strokes, as much to catch the mood as depict a scene.

This artist’s true love is moonlight, or any source of light that illuminates darkness.

At 9:40 the firework display climaxes and high-tide claims most of the beach. An aroma of gunpowder lingers as locals close their coolers and trudge home.

The painting is done for now, requiring touch-up and varnishing in the studio.

Van Stein unhitches a Mag-Lite from his Russian faux-fur infantryman hat and steps back to illuminate the masterpiece before him:  an impressionistic nocturne seascape. 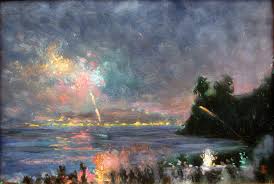 More personally to me, a memento of my move West.

I'd sold my house in DC and traded my navy blazer for Tommy Bahama togs; my self-customized version (the tongue-in-cheek variety) of a federal witness protection program.

(When Harold MacMillan was prime minister of Great Britain, he took a good hard look at the intelligence services at his disposal and declared:  "Anyone who spends more than ten years in espionage will go mad.  Or they were bonkers to start with.")

Consequently, a Bureau fracas ensued over which FBI field office would continue to work with me and prioritize (the upside) and administrate (i.e. pay, the downside) my (still ongoing) sting-undercover operations:

Would I remain with WFO?

Or, with the Einhorn ruse in full bloom, should Philly take over?

Should Ventura (the nearest FBI office to Santa Barbara) or Los Angeles oversee my work within their fiefdom, typically how the Bureau operates?

Or should I revert to Albuquerque, where I'd started, not least because I was passively active on the Edward Lee Howard case?

In the midst of this, Headquarters had its own idea about how to proceed with the Howard case.

I learned of this bold new initiative just one week before departing Washington when I met at Starbucks with Special Agent James M, a Russia specialist.

He was one of the two guys with whom I'd spent an engaging evening in London, along with John H, on my first rebound from Moscow six years earlier.

I may have been burned by FBI traitor Robert Hanssen, who was believed to have gained access to casework on Edward Lee Howard.
(Hanssen had evidently uploaded computer serials on Howard.  Big-time counterintelligence had cut in, known by a senior pundit in the spy biz as smoke and urinals.)

"Don't visit Russia or Cuba any time soon," I was told by the Bureau.  "For any reason."

Taking this new situation into account, a plan had been hatched for presentation to me:

On the presumption that I'd been burned by Hanssen, I would organize a rendezvous with Ed Howard in Switzerland and tell him, "Yeah, I've been working for U.S. intelligence, but I'm fed up with those bastards, and now I'm open to offers from your friends in Moscow."

The thinking was that Howard would most certainly convey this to his KGB friends and my offer would reach a senior FSB officer named Zomo, who handled all the important American agents but rarely left Russia.

I would lure Zomo to Switzerland and the FBI would get a crack at recruiting him.

If it sounded a tad cheesy, well, at least somebody at long last was thinking creatively.

Should I reach out to Howard, set it up?

No, no, no.  The Russia specialist needed more time to outline the plan to his superiors, attend meetings, obtain approvals...

By the time the Big Cheese Family signed onto James M's proposal, in mid-July, it no longer mattered, because it had been determined at some other Bureau-cratic level that my operations would revert to FBI Albuquerque.

What's more, former FBI Special Agent John H had been asked to step out of retirement and consult on the Howard case.

Great news indeed.  It suggested that the Bureau had finally resolved the "related conflict" that had stymied a Howard rendition for six years.

(Perhaps it simply needed a new president. Bill Clinton was gone and Bubba never cared much for intelligence operations; in his place, George W. Bush.)

Next, a phone call from Jackie J, the special agent assigned to Howard's case in Albuquerque.

Pregnant and unable to fly, Jackie invited me to visit herself and John H in New Mexico.

A few weeks later, in early September, I flew out to Albuquerque and, over Tex-Mex cuisine with my old partner John H, and Special Agent Jackie J, I recounted the odyssey I had undertaken with Washington Field Office:

Prelin, Sokolov, Batamirov, the Cubans and WFO's instruction to "stop billing as of today" despite the multiple stand-downs that might have resulted, including the Howard and Einhorn ops had I not remained in the game at my own initiative.

They listened in awe; all of it, news to them.

What's more, they had not even heard about the Zomo Lure, conceived three months earlier by James M at Headquarters.

They knew nothing of Zomo, did not care about him (nor the plan) and since Zomo was not Albuquerque’s concern, that was the end of that.

And just as well.

With hindsight (and a dash of paranoia), the Bureau, given its widespread disconnection, might have lost me in a wilderness of mirrors and misconstrued an approach to the Russians as the real thing!

Another, darker thought:  Maybe I was being set up.

(I later penned an espionage novel I titled The Zomov Lure, unpublished, about such a scenario.)

"Did you know," I said, “Howard was prepared to travel to New Mexico?"

John H could not have known, because he’d retired and was therefore out of the loop.

Yet news of Howard's proposed visit to his old haunts in the southwest USA had never reached Jackie J nor the special agent who handled the case in between John H and herself.

Neither WFO nor Headquarters had bothered to notify FBI Albuquerque about the potential opportunity to snare Howard in their own backyard.

The FBI's disconnection had become more acute than ever.

(Little wonder they couldn't piece a puzzle that might have caught terrorists plotting 9/11.)

"But we still have a warrant for Howard in New Mexico," said Jackie J.

"Well, not quite," said Jackie J.  "We can't do anything yet."  She paused.  "But we're getting real close to a green light.  We'd like you to hang in there, remain in contact with Howard till we're ready." 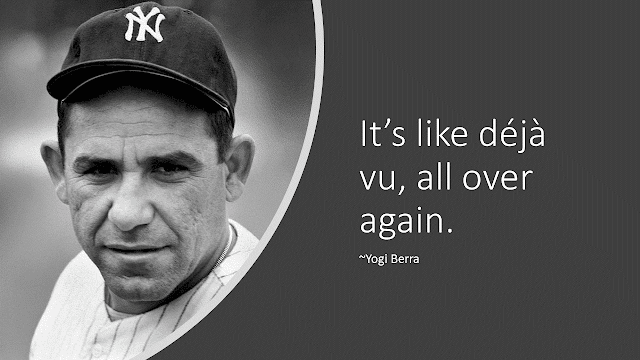 Meantime, unknown to me (until a few weeks later), Edward Howard had visited Thailand to investigate a job offer with a residential development company called AIH (Thailand), Ltd.

It promised to move him from grim Moscow to Phuket, a tropical paradise island.

On his return to Russia, Howard's e-mails reflected his elation about the prospect of living in a beach house, driving a Jeep and shepherding prospective buyers to new condo developments.

Posted by Robert Eringer at 5:27 AM