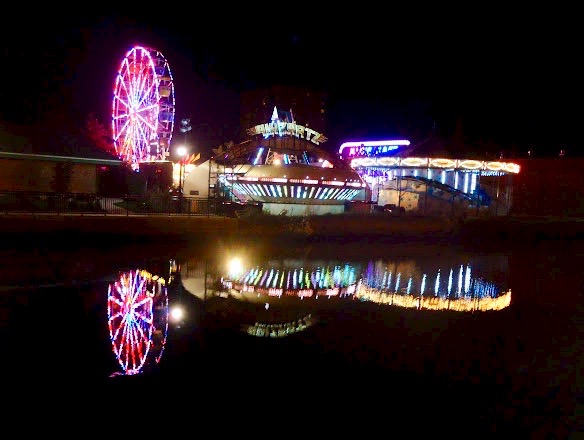 Roger Conant was already dead before witchcraft hysteria seized Salem in 1692 when two young girls convulsed and hallucinated and blamed their sickness on local witches.
Some say Betty and Abigail were traumatized to psychosis by their nanny, Tituba, a slave from Barbados,  who toyed with their minds through seance, magic and other occultist exercises deriving from voodoo.
Others have reached for an organic explanation, citing St. Anthony's Fire, or ergotism, from which LSD is synthesized.  It causes hallucinations and convulsions, psychosis and delusion and comes from a bread mold.
By the time it was over, 19 accused witches were hanged based on "spectral" evidence, that is, on the say-so of the girls and others who got in on the act, mostly as a way of settling scores with rivals or as a means to steal their property.
Salem's enduring legacy has rendered it a magnet for real witches everywhere, an irony and poetic justice combined. 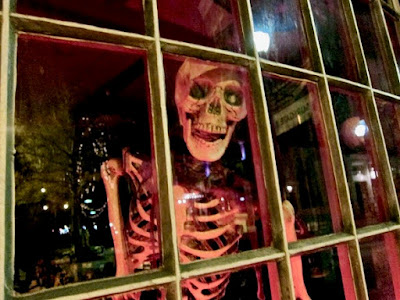 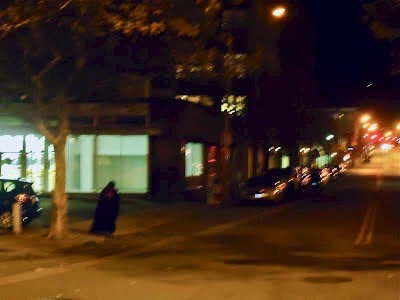 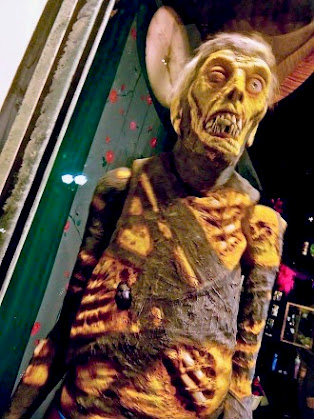 My scavenger hunts leads to a shop called Bewitched and a vintage William Fuld wooden Ouija Board, circa 1920, with a matching planchette in its original box.
It was Fuld who popularized Ouija during the early 20th century.
Ouija derives from Chinese automatic writing, a psycho-physiological phenomenon.
Conservative Christians regard it as satan's tool.