I would be flying into a storm and I knew it.

One day before departure to Europe, I hand-delivered a report to the Washington DC station chief of Her Majesty’s Secret Intelligence Service.

The matter was extremely sensitive and unconnected to a sting-undercover operation I had been handling (with FBI permission) for them.

British intelligence officers are taught that the first question they ask a new Russian recruit is this:

Do we have a spy in quarters?

Meaning:  Are we penetrated?

If the answer is yes, the British officer must proceed directly to the director-general and disclose this information to no one else.

“Are you going to practice what you preach?” I asked.

The look on his face suggested he was too shaken and stirred (without a martini within reach).

Instead, he provided this advice as I prepared to travel to London:

Do not discuss the contents of the report with anyone in London unless they can first demonstrate a thorough knowledge of its contents.

“What would it take,” he added solemnly, “to get you to identify your sources?"

I laughed.  “You sound like a Russian.  Let’s not go there.”

With hindsight, I should have asked for an honorary knighthood.  I might have got it.

And so I flew into a London storm, dealt with the matter at hand and carried on to Monaco.

I had time only for a short walk before cabbing to the Palace for a 5 p.m. meeting with Prince Albert.

I sat in the austere anteroom—so quiet you can hear its clock tick—until summoned.

The Prince apologized for keeping me waiting.

“I know your schedule is unrelenting,” I said.  “As for me,” I deadpanned, “I survived three assassination attempts between Washington and here.”

“But it wouldn’t surprise me,” said the Prince.

“Not after what I discovered about that name you gave me…”

“Read this,” I said, producing a single sheet from my back pocket, the same way Clair George would have done.

(He never believed in glossy reports.) 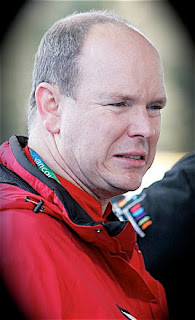 What he learned excluded that Russian from buying into Monaco’s football team.

“It seems to me,” I said, “that Fedorichev and the Serb I briefed you on in December are just a small part of what’s going on in Monaco.

"There are others like them here and more Russians waiting in the wings," I continued. "This may be Monaco’s greatest danger in the years ahead.  The Red Mafia.  The best posture will be preventive action.  Stop them from getting here.”

I told him the next step, were he interested, would be for me to provide an overview of how the Russian intelligence services and the Red Mafia perceived Monaco.

The Prince asked me to put a proposal in writing.

A year later he retained me to be his intelligence adviser.

Returning to London (same trip) I hosted two former KGB officers—part of my undercover assignment for the FBI.

Clubhouse on Wheels: 104. THE BEDMATES

At the conclusion of their visit, they bestowed upon me membership in the retired KGB officers association.

It is a great high while you’re doing it, traveling on a mission—or several missions entwined, which is how I operated, handling several clients at once, all sharing expenses.

But when you’re not, the comedown is a bitch.

One day you’re mixing it up with Russians in a foreign capital, a total adrenalin focus, puffing on Cuban cigars, sipping vintage Armagnac, watching for watchers.

Next day, you’re home.  The six year-old needs a bath, the teen, some counseling; the dog, a walk.

That’s why I was glad to be back on a jet flying toward London and the French Riviera for a new round of intrigue.

My novels about espionage had become almost prophetic: plots and characters transformed into reality.

As for my report writing, I enjoyed the most exclusive readership in the world:  a limited circulation of USG employees cleared to read my prose on a need-to-know basis.

As I understood it, my reports were prized for their entertainment value.

But nine years of private-sector and FBI espionage was not without some fallout.

A few months earlier, Clair and I had been named as defendants in a lawsuit against The Circus, to which I alluded earlier in this serial.

Media interest in the case suggested that my ability to operate undercover would soon come to an end.

It was under such circumstances that the old spymaster joined me on this trip to Europe, his last, as his macular degeneration had degenerated, soon to render him legally blind.

We had to see the countess and I had to wrap up a couple of undercover assignments before my exposure as “a spy and saboteur” reached the public eye.

Archer, the best-selling novelist, was deputy chairman of the Conservative Party in 1984 when I helped him organize his first breakfast for a visiting U.S. political leader.

Our guest on that occasion was Jack Kemp, then a U.S. Congressman from New York with higher political aspirations. 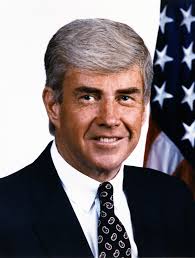 Through the 1980s and 1990s, this became Britain’s most exclusive breakfast club.

Tragically, it was cursed.

Kemp was unsuccessful and divisive as Secretary of Housing and Urban Development under the first President Bush; he did not attain his presidential or vice-presidential ambitions—and died of cancer at age 73. 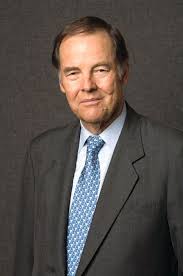 Also perceived as a high-flyer, Kean went nowhere politically after his governorship ended. 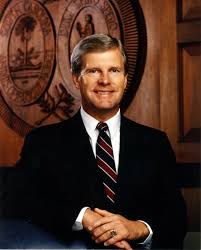 Fourth guest:  Carroll Cooper, Governor of South Carolina and thought to be a presidential contender .

But suddenly, at age 61, Cooper was diagnosed with Alzheimer’s and forced to abandon his campaign for gubernatorial reelection and aspirations for the White House.

He died of a heart attack four years later.

And, very sadly, Jeffrey Archer himself:

Sentenced to four years imprisonment for perjury and perverting the course of justice over a libel case he himself had initiated.

(Jeffrey, a wonderfully kind-hearted person with a flair for the dramatic, turned that experience into grist for best-selling diaries that exposed the prison service and promoted much-needed reform.)

In return for Jeffrey’s breakfast, Clair took me for lunch at DeCarlo’s with Richard Helms, the legendary former CIA director. 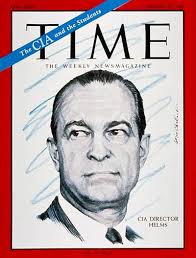 A combination of advanced age and fondness for Clair allowed Helms to speak frankly about his past and, suffice to say, the conversation (given my natural curiosity) was highly illuminating.

(Like almost everyone else, Helms probably thought, hanging with Clair, I was CIA and thus cleared to know just about everything.)

The reason Clair became a legend himself among CIA colleagues was partly because he went to Athens when no one else at the agency wanted the job and ran for cover.

Athens station chief Richard Welch had just been assassinated by a Greek terrorist organization and they needed a new chief to fill the position.

Only Clair was willing to take the job.

The agency tried to sweeten the deal. For a start, they’d buy a new, safer residence for the new station chief. 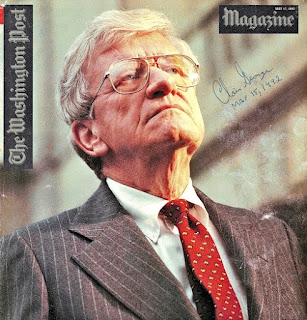 He refused to hide himself.

Instead, he enjoyed nightly cocktails on the residence’s front porch, in plain public view.

Clair understood odds as well as any insurance actuary and, like an actuary, he knew the odds favored him.

When Clair served in Beirut and civil war raged around him, he’d take his dog for a walk on the promenade—to the horror of his British counterpart.

There’s a downside to this story, to do with fate, that Clair lived with and revealed to me:

Soon after he became deputy director for operations (the top clandestine job), a young female intelligence officer who had never been overseas pulled him aside after a meeting.

She was about to embark on a brief visit to Beirut, her first trip abroad and it worried her.

“Will I be okay, Mister George?” she asked. 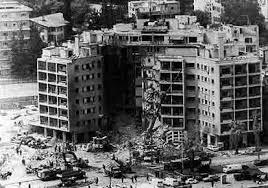 “Relax,” he assured her, his standard response.

He knew the odds were way on her side.

Tragically, she was among a number of CIA personnel killed when a Beirut suicide bomber crashed into the U.S. embassy.

The best intelligence is not packaged in a glossy report but derives from a single sheet of crucial information in someone’s back pocket.

The biggest and best secrets do not need detailed explanation or embellishment.

And all that really mattered was the first and last few paragraphs.

Anything that is truly important and sensitive does not belong in a report, whose circulation you probably cannot control.

The best way to impart a secret is by telling it, directly to the client/principal who needs to know.

And if you need help remembering:  a single sheet of notes in your back pocket.

And such notes are in your own bad handwriting, which, of course, nobody else can decipher.

Nonetheless, once your briefing is done, the crumpled notepaper goes back in your pocket, to be torn into 53 pieces and dumped into a public garbage bin (not your own) after dry-cleaning your tracks to ensure you haven’t been followed.

Posted by Robert Eringer at 7:38 AM