His name was Edward Lee Howard and he liked to define himself as the only intelligence officer trained by both the CIA and the KGB.

Howard had resided in the Russian capital since 1985—the the so-called Year of the Spy—when he, about to be arrested for selling CIA secrets to the KGB, fled the United States and defected to the Soviet Union.

The explanation given by Russian authorities to Howard's ex-wife, Mary, and college-age son, Lee, both of whom lived in the United States, was this:

Their drunken ex-husband/father tripped on concrete stairs leading to the laundry room of his dacha (country home) and broke his neck.

Problem:  There were no stairs leading to Howard's laundry room, adjacent to his ground-floor kitchen.

The dacha, which Howard adored despite a back-drafting chimney and water pipes that froze every winter, sat about 20 miles west of Moscow, in the exclusive village of Zhukovka.

Although Howard owned an apartment in the fashionable Arbat neighborhood of central Moscow, he rarely slept there, preferring as a full-time home the traditional summer residence with garden, on perpetual loan to him by the state.

I learned of Howard's death one week after his supposed accident while awaiting a response from him to an e-mail of mine.

It arrived in the form of a shotgun blast sent from his e-mail address: safehous@online.ru to family friends headed “Sad News”:

“This is Lee writing from my Dad's dacha to tell you all that he passed away on 7/12/02... he has been cremated and we will take his urn back to the US where his mother in New Mexico will keep it...  He is in a better place now.”

I telephoned the FBI's Albuquerque field office to report this unexpected twist.

Their main concern:  Has anyone seen the body?

I quickly mustered an answer:

No, not even Howard's ex-wife and son, who had rushed to Moscow upon notification of his death.

The Russians, meantime, handled the matter with traditional clumsiness.

If they had nothing to hide, their actions conveyed otherwise.

"Howard's death would mark the end of one of the more memorable espionage stories of the Cold War," he wrote.

After a week and a smattering of media attention, the Russians changed their story:

"There is talk of a car crash," said a former KGB official.  "There's a lot of contradicting information."

No autopsy for Howard; just quick cremation, loaning further suspicion to the circumstances surrounding the death of this American traitor. 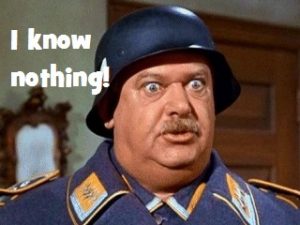 I had met Prelin, executive director of the retired KGB officers association, through Howard, years earlier.

"What happened to Ed?" I asked.

Next I phoned Lena Orlova, Howard's long-time assistant and intimate companion (on-and-off) for over ten years.

It always seemed to me, watching Orlova and Howard together, that she had an emotional attachment to him beyond a physical relationship; beyond keeping tabs on him for Russian Intelligence.

Odder still, Orlova was not grief-stricken, but seemingly unfazed by her lover's premature death.

"Life is full of surprises," Orlova replied with chilling nonchalance.

Then I phoned George Blake, a British Intelligence officer who admitted spying for the Communists, escaped from Wormwood Scrubs Prison in England and beelined to Moscow in 1966.

Howard had counted Blake among his few friends and looked up to him as a mentor; they shared birthday celebrations and holiday occasions.

Yet Blake sounded neither concerned nor saddened by Howard's passing.

"Ed never really adjusted to life here," he told me with the kind of matter-of-factness one normally discusses the weather.  "And he was drinking heavily again the last few months."

By early August, the story changed a third time:

"He [Howard] was walking at sunset at the territory of his dacha, and the terrain is very steep there," a former KGB officer, Viktor Andrianov, told the Russian daily newspaper Pravda.  "It's likely Edward slipped, and when he was falling hit his head very hard on a stone.  He was found only in the morning, when everything was over."

(A fourth version was later recounted to me by former CIA operations officer Jack Platt who "called in a chit" from a special source in Moscow:

Howard had meant to take the stairs from his bedroom loft, but, very drunk, missed and flipped over the balcony's low rail.

Problem:  The rail was not low, but high, and installed to prevent such an accident.)

It was, at minimum, an embarrassment to the Russians that the only CIA spy to evade capture and reach Moscow did not enjoy a long, happy life.

As Howard himself once told me:

"KGB Chairman Vladimir Kryuchkov wanted me to be a good example that he could use as positive propaganda.  He wanted to be able to say, 'Here's a man who came to our side and he's happy, healthy and successful.'"

If nothing else, Howard's untimely and freakish death at age 50 debunked such nonsense.

Howard may well have suffered a drunken accident, although he tried to confine his drinking to New Year's Eve and his birthday, October 27th.

It is also possible that some old-fogey Russian general coveted the government-owned dacha in which Howard lived and all that stood between him and it was Howard.

But most probably, Howard died at the hands of Russia's internal security service, the FSB, perhaps the first victim of Vladimir Putin's long-running campaign to settle scores by assassinating people.

Howard had long outlived any usefulness to his hosts; furthermore, drunk or sober, he regularly bad-mouthed Russia and Russians to all who would listen.

As Howard secretly laid plans in the autumn of 2001 to relocate himself from Russia to Phuket, Thailand, investigators at the FSB may have concluded that Howard was at least partly responsible for the unmasking of their prized spy within the FBI, Robert Philip Hanssen, through his revelations to me.

When my association with the CIA’s former spymaster, Clair George, surfaced on the Internet in September 2001, it would have been standard procedure for the Russian FSB to conduct a damage-control assessment of my regular dealings with Howard and, by extension, my dealings with Prelin, Kryuchkov, Batamirov, et al.

One hypothesis they would naturally develop is that Howard knew all along that I was working for U.S. intelligence and that he was a witting participant, fulfilling requests to introduce me to others and keeping me updated on Russian intelligence gossip.

They knew he was desperately unhappy in their country; that he would do anything to be able to return to live in the United States without a prison sentence, including sell them out.

Question:  How could Howard be privy to information the Russians would consider sensitive to their national security?

(As the late former CIA official Miles Copeland used to joke, “You can trust me with any secret that doesn’t have entertainment value.”)

Howard’s information, among many other things, established that another mole was at work on a senior level in the U.S. intelligence community after Ames was arrested.

If the FSB concluded that Howard had not cut a deal with the FBI to avoid jail, that he was not a witting participant, they would have viewed his involvement with me as a screw-up that embarrassed and compromised them, including the much-revered former chairman of the KGB.

As one cagey Polish operative told me in reference to Howard's end:

"Stairs—real or contrived—are a hallmark of the Russian Intelligence services, their silencing signature."

Never trust anyone with a secret that has entertainment value

A funny line, but actually spot on. 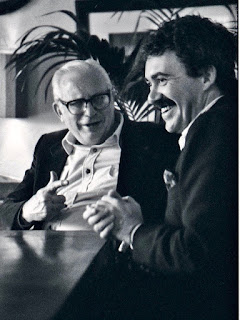 I heard it from Miles Copeland, a founding officer of the CIA and author of several books on intelligence and statecraft. 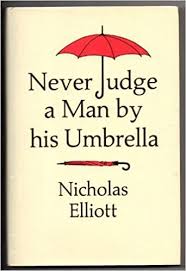 Copeland got it from Nicholas Elliot, a senior officer with Britain’s Secret Intelligence Service, renowned in the business for two things:

1) Unmasking Kim Philby as a traitor thus causing him to defect to the Soviet Union.

2) Writing a book about his career—Never Judge a Man by His Umbrella—without once mentioning that he had been an intelligence officer (and an elegant book it is).

Copeland and Elliot served in Beirut at the same time and became lifelong friends.

As Copeland tells it, he was supposed to dine with Kim Philby in Beirut the night Philby disappeared; Elliot flew in next day looking for the turncoat.

Elliot was apparently great at one-liners, once telling Copeland that Israel’s Golda Meir was really Lyndon Baines Johnson in drag.

Boring secrets are easy to keep to yourself.

The real challenge is holding onto one so entertaining, so funny, it would make you the star of any social occasion and thereafter Mr. Popularity on the dinner party circuit.

The best spies never miss an opportunity to keep their mouths shut; they listen, blend in, avoid the spotlight.

Posted by Robert Eringer at 7:18 AM