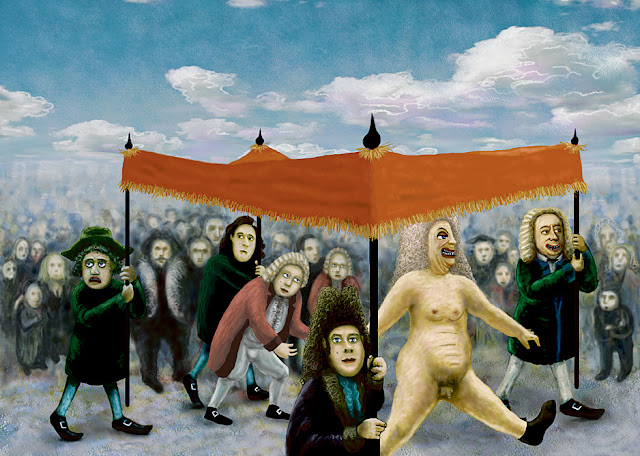 JL got summoned to the Monaco Palace by bean-counter Claude Palmero, presumably to set things straight, as promised by the Prince.

But that is not what happened.

Palmero claimed he had been authorized to “loan” JL past payment due him, but only if he signed a written statement binding him to the following conditions:

·      He should have nothing further to do with intelligence.

·      He must not go out and be seen in public but must lay low and become invisible. 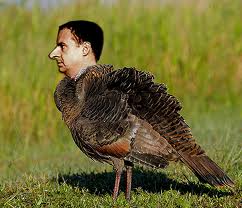 It was as if Palmero and legal clown Thierry Lacoste had re-conspired to humiliate JL while the Prince traveled in Central America. 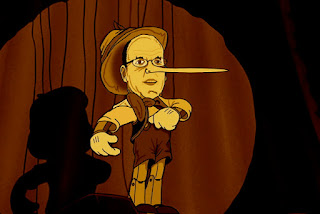 Or maybe this was with Albert's blessing.
It was hard to tell anymore because Albert lied so much.

One thing is for sure:  JL had done nothing to deserve such beastly treatment and he refused to comply with Palmero's demands, believing a mistake or "miscommunication" had taken place.

Perhaps Palmero and Lacoste were, again, usurping the Prince’s authority, as they had with me the previous December?

Then JL bumped into Interior Minister Paul Masseron at a reception.

“Monaco is a very fragile institution,” Masseron lectured.  “One must be very careful if one wants to keep living here, because it’s a nice place, isn’t it?

With JLA gone, he no longer needed to walk a tight rope—and clearly had stepped into Minister of State Proust’s camp.

They couldn’t strike out at me (they didn’t know how or where to find me), so they took it out on JL instead.

Meanwhile, traveling in Guatemala on a state visit, the Prince was said to have walked into a meeting minded a certain way, but after his ministers danced circles around him and skillfully deflected his position, he walked out minded their way.

As one adviser who was present put it, “Albert is bamboozled by his government—they know exactly how to handle him and get their way.”

Everyone played the Prince, from his government to the Monegasque establishment (“The Clan”) to the Freemasons to the Italian mafia (“The Organization”) to the Paris “kitchen cabinet” clowns to the Russians to his own aide-de-camp—exploiting him to their full advantage.

The Prince no longer wanted JL to do intelligence work, but could not bring himself to tell JL himself—or me.

JL was devastated that the Prince would turn his back on him.

He had done nothing wrong; had worked diligently for almost a year with no pay.

It took Clair George to put this into perspective for me:

“This is the history of humans from the beginning.”

Meantime, word began to leak all was not well.

On July 22nd, The (UK) Sunday Times published a story by its Paris correspondent Matthew Campbell titled “Monaco in a Mood Over Absent Albert”:

The jet-setting ruler has come under attack for spending too much time away from his tiny country on the sun-kissed Riviera.

The “green prince,” who used to be seen on a bicycle or at the wheel of an electric car is also being lampooned for using a gas-guzzling Mercedes as well as a helicopter and a private jet to get around while lecturing his citizens about their emissions.

Criticism of the centuries-old Grimaldi clan is rare to the extent of being considered almost blasphemous in Monaco.  But Albert has become the target of Internet jibes, and last week a magazine labeled his country a “ghost ship” because he was so often away from the Palace…

“The prince is more interested in multiple conquests than the conquest of his people’s hearts,” wrote one critic last week…

Albert is making himself scarce, becoming, as one report put it, “more and more of a distant figure.”  By all accounts, the “falling out of love” is mutual, and Albert is just as tired of his subjects as they are of him…

…“He needs to re-launch his reign,” said Frederic Laurent.

Instead, the Prince launched himself to the United States for yet another vacation—a sweep through the five American states he had not yet visited, so he could boast he’d been to all fifty.

I was supposed to meet the Prince in Iowa, whose governor I arranged for him to meet along with organizing tickets for him to see a Blue October concert in Des Moines.

But I’d had just about enough.

My quarterly invoice was still unpaid and based on what Palmero had told JL—“Eringer’s cell is terminated”—it was going to take much chasing up.

Had the Prince been honest and terminated our intelligence service when Palmero announced this in December, I’d have had six months to delicately close the doors our liaison partners had so graciously opened for us.

Instead, I had launched to San Marino and Malta in perpetuation of the Prince’s disingenuousness. 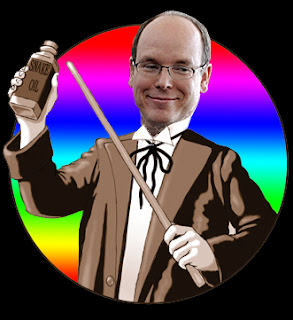 It had long become clear that the Prince did not truly desire to clean things up; he just wanted to look like someone who did.

We had called his bluff.

Then I learned party-pal Robert Munsch had copped a ride on the Prince’s plane to Des Moines and I realized the Prince would skirt around his pledge to talk business with me.

So I bagged it.

I realized I had to close the Prince’s intelligence service down myself.

It did not matter to him anymore—and he probably just wanted it to go away without him having to confront the issue.

Finally, on August 2nd, the Prince phoned me from Arkansas.

This was his way of confronting the issue:

“Let’s continue on a case-by-case basis,” he said.

Clearly, the Prince had lost track of the structure and network that had been established over a five-year period.

“That won’t work,” I replied.  “My focus is largely keeping alive relationships with our liaison partners from 20 countries.”

“Yes,” I replied.  “The United States and Britain, France and Italy, the micro-states of Europe, the Bulgarians, the Poles, the Romanians, the Slovenians…” I trailed off.  “You approved these contacts, met all these people—remember?”

I offered the Prince two options:

One, close it all down, but it required discretion and sensitivity, because it would come as a jolt to the services of other countries that had opened their doors to us.

Option Two:  for reduced funds I’d reduce my effort and focus solely on our liaison relationships.

The Prince opted for the latter and promised to get Palmero to pay the current invoice.

The Prince asked that I become “invisible.” 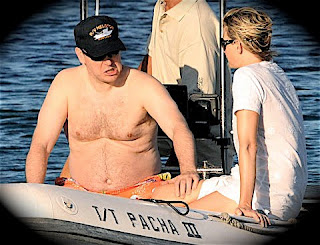 He did not want Police Chief Muhlberger or Interior Minister Masseron to know that I continued to operate in his service—probably because he’d already told them what they wanted to hear:  that he’d terminated his intelligence service.

About JL, the Prince said, “I know I said it was okay for him to work with you, but what do they say—only dumb people don’t change their minds?”

I guess this was a line the Prince had been fed.

And, coming from Albert, it sounded very dumb indeed.

“But he hasn’t got anything on,” uttered the boy in Hans Christian Andersen’s classic The Emperor’s New Clothes.

Posted by Robert Eringer at 6:52 AM