Two weeks before Christmas, a package arrived for me.

I armed myself with scissors, cut through some tape and pried the cardboard box open.

And the most unusual gift I’d ever received.

Every spy has a cloak—and here was the spymaster’s, a fitting memento of our travels together. He was never without it.

In a flash, my mind reverted almost 24 years earlier, to the lobby of the Georgetown Inn, Washington DC.  January 22nd, 1988.

A figure with a tan raincoat draped over his chair sat waiting to meet me.

He stood and smiled broadly; we shook hands and entered the restaurant for a chat over lunch. 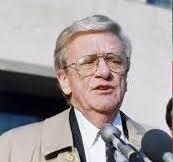 Clair George, then 57 years old, was in the process of leaving the CIA.

He had worked in their clandestine division for over 30 years and risen to its most coveted top job as deputy director for operations.

I was a 33 year-old literary agent; my specialty, packaging books by Washington insiders.

I had found Clair through Jack Smith, a former CIA deputy director for intelligence, who, in retirement, had turned to penning novels.

And that's when my career path changed and this odyssey began.

Clair's wife, Mary, tragically lost her life at a relatively young age to MRSA, contracted while in hospital.

Clair, the most stoic of the stoic, was devastated.

His eyesight worsened along with his health in general.

But he continued to live life his way, with bacon-cheeseburgers and Scotch whiskey. 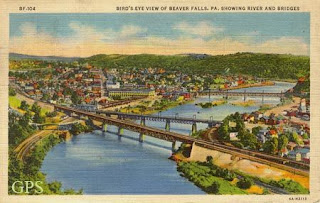 We meant to drive to Beaver Falls together.

Clair wanted to see it one last time and point out his childhood house and grammar school.

We never made it.

Clair became reclusive near the end.

His wife had managed their social lives and, without her, he simply gave up a social life, doting on his two daughters and three grandchildren.

Unable to deal with stairs anymore, Clair moved to a nearby assisted-care apartment building and sold the modest house he had owned and felt secure within for half-a-century.

He loved the CIA.

And he loved the Redskins.

In the early hours of August 12th, 2011, nine days after his 81st birthday, my good friend and mentor Clair George died of a broken heart.

Posted by Robert Eringer at 5:47 AM