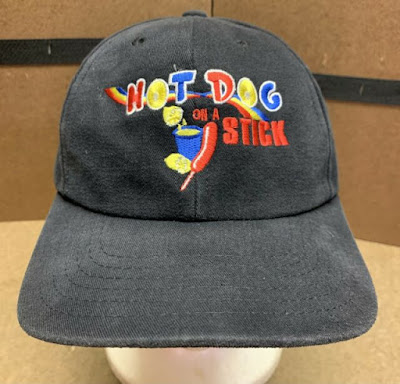 I had so much fun (during these relatively inactive Covid times) chronicling the entwined true spy stories of private-sector intelligence, FBI Counterintelligence and spy-mastering in Monaco, I've decided to serialize a never-before-published satirical espionage novel I wrote almost twenty years ago.

It features Jeff Dalkin, who looks exactly like Bruce Willis and suffers from Tourettes syndrome (please pardon his profanity, he can't help it).

Dare I say, this story may be based on something that actually happened (at least parts of it). 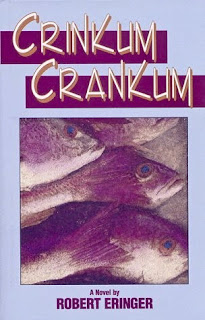 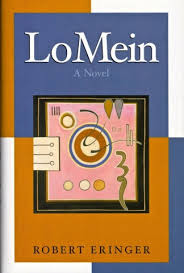 Garbed in cutoffs, t-shirt, Oakley shades and a grey baseball cap that says Hot Dog on a Stick he looks the spitting image of Bruce Willis with his near-shaven head and ever-present smirk.

Dalkin does not rush to answer his cell phone, which is chirping, but puts it to his ear on ring four.  "Yeah-what?"

"Is that anywhere near Washington?"

"Can you come to Washington?"

"Why the hell would I do that?  I hate Washington—wanking willies."

"You're the F-F... flat-heeled barnacles of ineptitude—whew!  FBI. Barf-bags.  You figure it out."  Dalkin un-powers his phone and slaps it down on the bar.  "I should-a moved to Tahiti," he mutters.  "Tits and tally-whacking."

When R. James Cloverland finally figures out where Dalkin is, he flies United to LAX, rents a car and cruises ninety-three miles up Pacific Coast Highway to Santa Barbara.  Then he phones Dalkin and follows his instructions: Enter Nordstrom's department store, escalate two floors up, the terrace restaurant, take a pew.

Dalkin plunks himself next to the FBI assistant director for national security, startling him.

"This used to be the best deal in town," squawks Dalkin.  "A great view and a cup of Joe for twenty-five cents." Dalkin motions both hands at the Santa Ynez Mountains.

"The homeless.  They camped outside, waited for the doors to open, came on up and stayed all day long.  So now this place charges more than Starbuckies—spit and sputum."

"The climate, the ocean, the wine, the babes… but mostly to get away from you.”

Dalkin shakes his head.  "Never a dull moment—until you arrived.  What's up?"

"I know CI stands for Currently Indisposed. But what's with the fifteen?  Wait, let me guess:  Fifteen of you bureaucrats forming a circle-jerk?"

"There you are!" a husky man hollers.

"Sonofabitch!"  Dalkin sprints across the terrace and picks up a chair.

"No, no, I got you now," says Husky, facing Dalkin across a table.

Husky throws a rolled envelope at Dalkin.  "There, it touched you!  You're served!"

He scoots off, leaving Dalkin hollering about assault and battery.

Cloverland sits watching, much amused.  "Dare I ask what that was about?"

"Don't ask.  If I tell you any more, they'll subpoena you too.  Let's get back to your inter-agency spew.  It must be secret, right?"

"So why the hell you telling me?  I hate to be burdened with secret stuff."

"Hear me out, I'll get to you."  Cloverland pauses.  "We had a major CI review and reassessed every spy case that went wrong over the last twenty years.  And what we discovered was, in many instances our problems were self-generated."

"Ain't that the truth," Dalkin mutters.  "I assume you're going to get more specific?"

"The CIA crypto-crud who defected to Moscow."

"Good memory." Cloverland nods. "Howard flunked a polygraph so the agency fired him.  Bureaucracy—especially the intelligence community—does not know how to fire someone well.  Howard was bitter.  Ultimately, his attitude, fired up by booze, was, you trained me to be a spy, so a spy I'm going to be.  He started selling secrets to the KGB.  As you'll remember, Vitaly Yurchenko defected to us, gave up Howard, re-defected and Howard fled to Moscow, where his own hosts eventually took him out."

"Didn't Howard pull that off while under surveillance by something like 22 special agents from the FBI—baloney-beating bastards?"

"Yeah, well."  Cloverland squirms.  "He got away.  The point is the whole thing could have been avoided if Howard had been better treated.  As I understand it, CIA ordered him out of the building on the spot.  They didn't even give him bus fare home."  Cloverland pauses.  "More recently, Perfidious has had similar problems."

"Both their services—MI5 and MI6—have been dealing with rogue spies.  At MI5, it was David Shayler.  MI6 had Richard Tomlinson.  Neither defected to Moscow, but both revealed secrets to the media out of bitterness.  The Tomlinson case has similarities to Howard.  He was canned.  Arrives one day for work as usual and it’s over, see-ya-bye.   These kinds of situations have caused a lot of aggravation, not to mention the cost in human resources and money."

"Got it," says Dalkin.  "Is this supposed to lead somewhere?"

"Good.  Any chance of a shortcut."

“You need to be somewhere?”

"We feel—and so does Perfidious—that we need a new way to deal with the few mavericks who weren't weeded out during the interview process and only on the job do we discover they don't fit in.  A program, if you will, that prevents them from turning on their ex-employer and running to hostile intelligence services—or the media."

"So instead of firing such persons, we would simply transfer them to a special unit, where they can be rendered harmless."

"They'd still have a salary and benefits?"

"Of course."  Cloverland nods.  "Not only that, they'd be led to believe they were being promoted."

"But in reality, they'd be cast-offs?"

"Exactly," says Cloverland.  "In the long-term, their salary and benefits would be a fraction of what just one defector would cost us.  The Brits used to run a station for this kind of person, in the south of France.  But money became an issue for them."

"Money is always an issue for Brits—bollocks and chips—unless we pay.  So, again, why are you telling me all this?"

"I want you to create a special misfit unit that does this for the US/UK intelligence community."

“You want that with fries?”

Dalkin allows the cast-off concept to percolate with the caffeine in his brain.  "You know, anything else you might have wanted, I'd turn you down flat.  But this?  I kind of like it."  He pauses.  "It would have to be here, of course."

Cloverland takes but a second to consider this.  "That's fine.  We want our mavericks as far away from Washington as possible, so that works nicely.”

"And when these mavericks of yours get here, what are they supposed to do?"

"That's your first assignment," says Cloverland.  "Come up with a program that'll keep them busy.  More important"—he winks—“a program that will keep them out of the way.  We're calling this Operation Rooster."

Posted by Robert Eringer at 6:52 AM