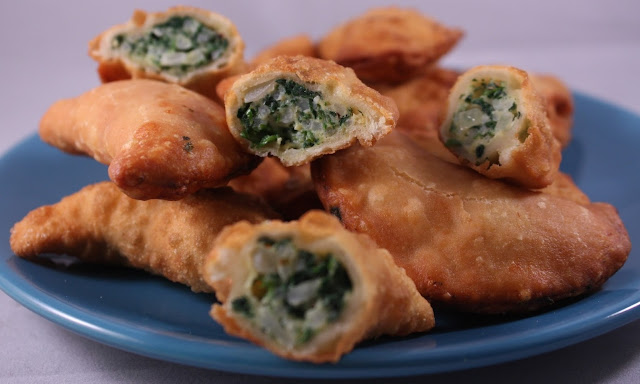 "It's me," says Bradley Fatwood of Bacon, Hump.

"You've been noticed for deposition."

"What the hell is that supposed to mean?"

"It means you are going to be deposed," says Fatwood.  "Plaintiffs lawyers have submitted several dates for us to choose from."

"None of them are any good," snaps Dalkin.

"But I haven't told you the dates yet."

"Doesn't matter," says Dalkin, fully cognizant that Fatwood's next request will be for more brazhort to pay for this deposition stuff.  "Who's side on you on, anyway?"

Fatwood ignores the slight.  "We are compelled to respond with something."

If we don't accept any of their dates, we have to propose alternative dates."

"Can you propose something after next Christmas?"

"I could," says Fatwood.  "But they would complain to the judge. And the judge would not be amused."

"No.  You never want the judge to think you're uncooperative."

"I see," says Dalkin.  "The whole legal profession expects you to cooperate fully as you are stripped, trussed and made ready for slaughter."

"It's that bad as long as I'm paying your ridiculously high bills."

"But the plaintiff's actual case, based on the letter of the law, is defective," says Fatwood.  "It's badly written."

"I'll celebrate in a homeless shelter."

"What about deposition dates?"

"Where does it take place?"

Ralph Serafina arrives at Hotel de Paris' Bar Americain early for a spot of reconnaissance, inside and out.  He does not want his business with Michael Zudex to end badly.  At a table near the back, from where he can observe whoever comes and goes, he nurses a gin and tonic and picks on babajuan Monaco's national dish, warm spinach dumplings.

At ten-past-eight, Serafina chuckles to himself, much too confident— about himself in general, and his proposal in particular—to think Zudex will not appear.  Thus, even when the minute hand of his wristwatch crosses three he remains smug.

Zudex strides over and sits down.

"I have counter-offer."  Zudex does not deal in pleasantries or platitudes

"Is that the name of a cocktail?"  Serafina signals a waiter.

"So."  Serafina reclines, arms behind his head.  "Start countering."

Zudex is affronted as much by Serafina’s casual cockiness as his presumption.  "When we hear what you say is important, we give you deal.  You travel to Moscow?"

"No and no," says Serafina.  "I'm not going anywhere and I'm not saying anything more.  We'll make a deal here, based on the validation of me I'm certain your folks have already undertaken."

Had it been Michael Zudex's decision, he would have ordered Serafina terminated, one way or another.  An easy, fast solution to his problem—and take his chances with whomever else knew whatever they knew.  But now his superiors—not that Zudex considered them superiors—SVR bigwigs were involved and this recruitment had the personal attention of the chief.

So Zudex has no choice but to placate this smug American.

"I see."  He glares through Serafina.

"Maybe not clearly enough," says Serafina.  "Let's cut through the usual smoke and urinals so we can enjoy a celebratory dinner.  What percentage of Zudex International are you trading me for my penultimate sacrifice?"

Zudex nods.  Now he would just follow instructions; instructions he did not like.  "Two percent," he hisses, having already been promised reimbursement from the SVR.

"What a cheapskate you are," says Serafina.  "Even realtors make more than that."

Zudex says nothing but keeps his thin lips glued together.

Now Zudex cannot conceal his displeasure.  "But this is crazy!"

"Crazy?  Please.  If we don't deal, your 90 percent will be worth shit-squared.  And you'll end up in jail—or worse." Serafina snickers.  "Moscow."

Zudex’s eyes bug.  "This is not serious negotiation."

Zudex opens his mouth to interrupt, but Serafina shushes him quiet, further incensing the Russian. "The next part," continues Serafina, "is verification.  By necessity, I need to be a silent partner.  But I want to be a hands-on silent partner.  That's why I need an apartment in Monaco."  The American looks Zudex in the eye.  "You got that approved, right?"

"In addition to everything I know about CIA, I can put my expertise to work for Zudex International."

"You probably know by now that I served in Switzerland," says Serafina.  "My job was to liaise with the Swiss service to combat money laundering.  I know how we in the U.S. intelligence community and Interpol and the Swiss tackle this problem.  And, by extension, I know what areas the intelligence community is either really bad at or cannot do without violating the law.  In other words, I know all the operational loopholes.  I can put these loopholes to the advantage of our company."

Zudex flinches at Serafina’s use of the word our.  But he has to admit—if  only to himself—that this American makes sense.  The Swiss—and others, like Liechtenstein and Luxembourg—had been cracking down on money laundering.  It had become a costly nuisance—a nuisance that could be softened by Serafina’s inside knowledge.

Zudex looks both ways (for he does not like public places, especially when discussing intelligence matters).  "We expect you to return to your job, where you can be most effective."

Serafina shakes his head, smirking, a habit he had recently picked up from Jeff Dalkin.  "No way," he says.  "You haven't grasped why I'm doing this."  Serafina studies Zudex's eyes.  "That is, aside from becoming very rich."

Zudex cocks his head and locks his eyes into Serafina’s.

"I told you at the beginning, CIA tried to fuck me.  I think I screwed up on a polygraph.  Instead of firing me, they stuck me on a weird planet called southern California, where they assumed I would fade into the scenery. And oblivion.  There's no reason for me to return to California, either for myself, or for the SVR."  Serafina pauses.  "You'll be buying what I already know.  Which is enough to save your ass—and a bunch of other SVR operations.  Once we make this deal, if we make this deal, it is my plan to return to base, gather as much intelligence as possible and squirrel it away.  Then I'll terminate my employment with CIA, take a long vacation to cover my tracks and quietly move here—where I'll be able to see your smiling face on a regular basis."

"What if they watch you?"

"Fuck 'em," says Serafina.  "They're so inept, they'd never prove a thing.  And even if they could, they'd never prosecute.  These days, the Justice Department shies away from anything that isn't a roll-over—and that goes for most espionage cases."

"We will bring case officer from Moscow," says Zudex.  "He debriefs you tomorrow."

Serafina shakes his head again.  "Nyet to that.  Nobody de-briefs me—except beautiful women.  But if your friends want to hear my secrets, they'll have to wait until my money is in the bank, until you and I have a signed agreement on my part ownership of your company. And until I've got the keys to my new apartment and my new Porsche.”

"All of this takes time," says Zudex.

"I'm young."  Serafina smiles.  "Time is one thing I’ve got."  He hunches his shoulders and leans forward.  "Here's what I suggest, Mike—I can call you Mike, can't I?  It sure beats Yuri, right?"  He chuckles.  "I'll get lost for a few days, then I'll return to Monte.  By then you'll have all my ducks in a row and I'll sit down with my new case officer and start blabbing.  Is that copasetic?"

With a pained expression, Zudex nods.

Serafina proposes they move their venue to the Michelin-starred Louis XV.

But Michael Zudex demurs, producing instead a French over-the-counter medication called Gastrex, which he pops into his mouth in lieu of dinner.