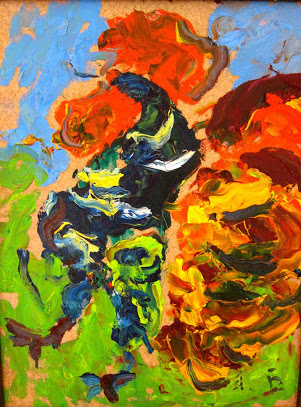 R. James Cloverland joins him and orders a glass of Chilean red wine.

"Number One," says Dalkin.  "I found an office in Montecito."

"Two, I've figured out what our misfit mavericks will do."

"Anything they want," says Dalkin.

"Run that past me again?"  Cloverland cups a hand around his right ear and edges closer.

"Like a choose-your-own-project course at college.  We tell them, you're so goddam smart, we've decided to set you free to create your own operation.  Being mavericks, they'll like that."

Dalkin winks. "The distractions in Santa Barbara are endless.  And, of course, I'm the professor.  They bring their project to me, I guide it my way."

Cloverland nods.  "Okay.  I have your first recruit.  A Brit.  How soon can we send him?"

Next morning, Bradley Fatwood of Bacon, Hump phones Dalkin and 30 minutes later they’re back in the same corner office.

“Okay, I made some calls," says Fatwood.  "First off, Ding-a-Ling won't cover your legal bills..."

"They cite evidentiary reasons.  In simple terms, they've got their side of the story and whatever documents and you've got yours.  They say that everything needs to be kept separate."

"What a fuck-load of shit—and that wasn’t Tourette’s.  Can we go after them later?"

Fatwood shakes his head.  "You can't recover legal costs in this country.  Have you ever heard the name Richard Mutton?"

"Of course," replies Dalkin.  "That's the guy I worked for at Ding-a-Ling.  He was VP for special projects."

"Well, he's the person the plaintiff is basing her complaint on."

"Mutton visited the plaintiff and told her everything."

Dalkin absorbs this bombshell.  "Why?"

"Mutton left Ding-a-Ling under acrimonious circumstances.  He claims they owe him millions of dollars in compensation and Ding-a-Ling won’t pay.  So, in revenge he told everything to the plaintiff to embarrass them."

"We should sue Mutton, that rotten son-of-a-whore, for breach of confidence!  Or something."

Fatwood shakes his head.  "The plaintiff wanted to name Mutton as a defendant too.  But she couldn't.  And we can't touch him either."

"He declared bankruptcy," says the lawyer.

"It protects him from anyone seeking damages through a lawsuit."

"Fucking son-of-a-whore-master."  Dalkin gazes out the picture window in disbelief.  "So what now?"

"We'll file a motion to dismiss.  We've got a few things going for us."

"The Statute of Limitations, for one," says Fatwood.  "All these things happened years ago, so it may be time-barred.  Also, jurisdiction."  The lawyer pauses.  "I'm going to need more money."

"Maybe I should find a one-man band somewhere?"  Dalkin gestures around at a high-rent corner office.   "A lawyer with less overheads, maybe."

Fatwood shrugs.  "You get what you pay for.  I already have the facts down, you might as well stick with us."

One day after setting up office in Costa Villa Courtyard in mellow Montecito, Jeff Dalkin receives a telephone call from Richard Thornington, who had been seconded to the FBI from MI5, he explains. And now the FBI had just seconded him to Dalkin's Rooster Regiment.

"Your first assignment," Dalkin tells the Brit maverick, "is to travel to California and find me."

"It's a test," says Dalkin.  "I'm in Montecito, a filthy rich community near Santa Barbara.  You have to find me."

"Partly to ensure you're the right man for the super-sensitive, ultra-important stuff we do in this unit."

Posted by Robert Eringer at 7:52 AM