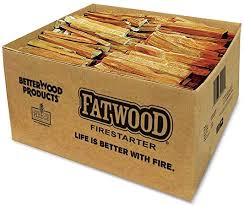 About five-thirty in the afternoon, Jeff Dalkin is moistening his lips with Luli chardonnay outside The Honor Bar when a tall, gangly figure approaches and hovers over him.

"Very simple."  Thornington sits down, chuckling.  "I had a mate back at headquarters in London connect your mobile phone number to your billing address."  He points down Coast Village Road.

“My address is a UPS store.”

“Indeed.”  Thornington nods.  "The Bureau told me that you look like Bruce Willis.  So, after waiting at the UPS shop for a while I took a walk, looking for a Bruce Willis look-alike.  And here you are.”

“Because not only have you managed to get yourself out of Washington D.C., but you are here, in heaven.  Do you have any idea why?"

Thornington looks at Dalkin with a quizzical expression.  "Actually, no."

"Actually."  Dalkin nods.  "Actually, we've assessed you very carefully, Dick.  And, actually, you are highly intelligent and exceptionally creative."  He smirks.  "Much too creative for mundane bureaucratic nonsense."

Thornington nods in appreciation of being appreciated.

"We at the F—fat-assed fuck-heads—B-I, we actually wish to put your intelligence and creativity to good use."

Dalkin nods.  "I'm actually glad you asked that.  Tell me, Dick, if you could focus on anything you wanted, what would that actually be?"

Thornington considers this for several seconds.  "The Red Mafia."

"While at MI5 I uncovered a significant overlap between Russia's foreign intelligence service the SVR and the Russian mafia.  They seem to work hand-in-hand these days.  MI5 could only tackle this problem as it affected the security of Britain.  I'd like to track it to source."

"Well I've got good news for you."  Dalkin winks.  "That's actually what you're going to do."

Six weeks later Dalkin returns to Washington D.C., all expenses-paid, having timed a progress report for R. James Cloverland to overlap with deep-consultations-of-the-flatulent-kind with counsel.

"We filed a motion to dismiss," he says.  "So did Ding-a-Ling, for the same reasons:  jurisdiction and statute of limitations.  Plaintiff's attorneys had seven days to respond.  They did.  Their argument is that their case is not time-barred because they only became aware of the facts—through Dick Mutton—within the last twelve months.  As for jurisdiction, the plaintiff claims that you met her at least once in Washington."  Fatwood pauses.  "Did you?"

"We have a conference scheduled before the judge tomorrow," says Fatwood.  "Judge Rudolph."

"All defense counsel and the plaintiff's attorneys.  Ding-a-Ling is represented by a Washington heavyweight, Lysucker and Bunkum. Another Washington biggie, Dillywhacker and Ropey, is representing the owner of Ding-a-Ling because they named him personally as a defendant.  His lawyer is Bernie Rosen.  You heard of him?"

Fatwood sniggers.  "They call him Attila the Hun."

"What about the plaintiff's lawyers?  Who the hell are they?"

"Worthog and Worthog," says Fatwood.  "A father-and-son team.  They're contingency lawyers.  They do everything on spec and take 50 percent of the kill."

"Since Ding-a-Ling won’t cover my legal expenses, can't we just make a deal with the plaintiff?"

"The senior Mister Worthog already suggested that," says Fatwood. "For a million dollars they'll drop you as a defendant."

"A million dollars?  Blow me."

"I don't know what they're smoking," says Fatwood.  "Let them get a taste of Attila the Hun."

Dalkin saunters from K Street down to Pennsylvania Avenue, to the bunker-like J. Edgar Hoover Building, muttering so loudly about “gonad grippers” and “mutant-masturbators” that a Secret Service detachment manning the White House gate scribbles a note about Bruce Willis.

Dalkin is still muttering while an escort leads him up to the seventh floor and into the executive office of R. James Cloverland.

"Perfidious Albion is thrilled," says Cloverland, leaning back in a recliner, arms butterflied behind his head.  "Not a peep out of their maverick—just what they wanted.”  He sits up and opens a manila filed stamped Top Secret in large red letters.  "We have a new maverick."

"This one's from CIA," says Cloverland.  "Operations.  A Ralph Serefina.  He drinks too much.  And possible drug use.  Serefina has been at CIA for five years and recently went through a routine polygraph."

"What has he done in CIA?" asks Dalkin.

"One overseas stint.  He served two years in Geneva under diplomatic cover.  Very bright.  The agency had high hopes for him.  Until now."

"What does he know about my misfit unit?"

"Nothing.  We want you to pitch it yourself."

"It's important that Serefina wants to do this," says Cloverland.  "He considers himself a fast-tracker, doesn't know he failed his polygraph.  There's probably a better chance of him not smelling a rat if you personally present what you're doing, make him think he has a choice—and make it so appealing that he chooses your Rooster Regiment."  Cloverland pauses.  "I'd like you to meet him while you're here.  Pitch him, recruit him—and take him the hell back with you to California."

Bradley Fatwood is late for his four o'clock meeting with Dalkin next afternoon.  Secretaries titter as Dalkin waits in Bacon, Hump's grand reception room. Most of them think he is Bruce Willis.

"Follow me," he barks, leading a charge to his office.   "I just came from Judge Rudolph's chambers."

Dalkin sits on the edge of a settee.

Fatwood be-thrones himself at his desk.  "The judge thinks there's enough in the plaintiff's complaint to warrant discovery."

"It means you'll have to make available to the plaintiff whatever documents and records you have pertaining to Ding-a-Ling."

"Did Ding-a-Ling pay you in cash?" asks Fatwood.

"It may be discoverable," replies Dalkin, "but it doesn't mean I’ve got it to discover.  Aside from anything else, the IRS only expects you to keep financial records for three years.  This business is much older than that."

"Did you write any memos to Ding-a-Ling?" asks Fatwood.

"Did you retain copies?"

"What I'm going to ask you to do," says Fatwood, "is search your records carefully.  Anything you find, send to me.  Oh," the lawyer adds, "I'm going to need another twenty thousand dollars."

"Jesus fucking Christ on pumpernickel!  What kind of racket is this anyway?  What if I just forget the whole damn thing?"

"How do you do that?" Fatwood folds his arms, somewhat amused.

"By not responding to any of this crap."

"It's called contempt of court.  The judge will put you in jail."

"Okay, then how about this," says Dalkin.  "We try to change the venue."

Fatwood shakes his head.  "You're going to have to take this seriously."

"I'd rather lose laughing than win serious," says Dalkin.  "If this is gonna cost me a lot of actual fucking cash—blow me—it better freakin' score high on the yuk-o-meter." 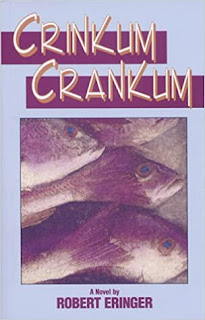 Posted by Robert Eringer at 7:42 AM