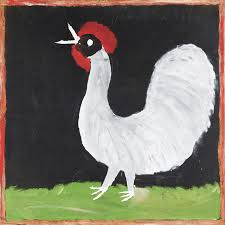 In just under two months, Richard Thornington had grown to love his lifestyle.  No clock to punch.  No arse to kiss.  Not that he'd ever kissed any.  But it didn't stop senior bureau-crappers from planting their arse in his face anyway, expecting him to brown his nose.

And he'd discovered that Santa Barbara was a wonderful backdrop for free wants.

At the dawn of the twentieth-first century, information could be accessed by high-tech gizmos from just about everywhere.  And Thornington had made himself expert at using such gadgetry.

On this particular morning, Thornington sits outside Pierre LaFond's in Montecito's Upper Village dressed in his favorite attire, a tracksuit and sneakers (ah, if his mates at MI5 could see him now), perusing the morning papers over a latte beneath 66-degree sunshine.

But it isn’t an infusion of caffeine that suddenly causes Thornington's heart to thump.

It is a story in the Santa Barbara News-Press about a New York Times reporter named Jason Groner who disappeared in Europe while investigating a company called Zudex International.

Although it is not Thornington's style to rush anything, least of all morning coffee, the Englishman gulps his latte, connects to Jeff Dalkin by phone and schedules a rendezvous 30-minutes hence.

R. James Cloverland's "briefing" on Zudex International comprises of nothing more than a smattering of paper printed from the Zudex internet website.

An inquiry put to Monaco's police through Interpol had not yet garnered a response.

The FBI had also asked The New York Times for Jason Groner's notes on Zudex.  But the Times decided this was not ethically proper and declined.

And then a response from Monaco:

As a resident in good standing for three years, Michael Zudex had created a number of jobs for Monegasques and contributed to Monaco's booming economy.  In addition, Zudex financially sponsored Monaco's celebrity tennis tournament.

While Cloverland contemplates this brief communiqué from Interpol his secretary informs him that Jeff Dalkin is on the horn. "I'm busy.  Tell him to call back tomorrow."

"Okay."  Cloverland's first thought is that Ralph Serafina is already too much trouble.   “Put him through.”

"Huh?"  Cloverland tries to make sense of this.  "Zudex is clean."

"That's exactly what I'd expect to hear from the F-F... flatulating fart-brains—B-I.  Zudex is filthy."

"Filthier," says Dalkin.  "I don't think I should say more over the phone.  But, obviously, you need to know what we know, because, as usual, you know diddly-squat.”

"But... but you're not supposed to be doing anything... real," Cloverland splutters.  "That's not your mission."

Jeff Dalkin just finished a plate of poached eggs, bacon and biscuits at Jeannines on Coast Village Road when his cell phone whistles.  "Yeah, what?"

"It's me," says Bradley Fatwood of Bacon, Hump.  "Did you check for those documents?"

The lawyer remains silent for a moment.  "No bank statements?"

"Not even expense receipts?"

"Did you keep diaries, you know, an agenda or calendar, during that period?"

"Trashed long ago," says Dalkin.  "I'm not a sentimental guy.  Especially when it comes to self-incriminating diaries, agendas and calendars."

"They're already squawking.  Who cares?"

"The judge will.  We already have plaintiff's first set of interrogatories."

"They put forward a list of questions, in writing.  You have to answer them, in writing.  Are you coming to Washington anytime soon?"

"Also, I had a call from Milton Worthog," said Fatwood.  "He wants to set up a conference with me.  He says he's concerned that you're moving your assets out of the country."

"What assets?  Bacon, Hump—heaving horseshits—is already taking everything I got."

"Worthog says he doesn't trust you."

"Very funny," says Fatwood.  "Shall I fax you the interrogatories?"

"Fuck me.  You legal folks are damn good at generating paper.  Send it by snail mail."  Dalkin disconnects and stews on this developing escalation. Then he taps out a number on his phone.

"That is not correct," snaps Schvantz. "Cut-rate and pronto aren't twins."

"No," says Dalkin.  "I'll settle for a timber assessment.  I just want to know who the hell they are."

Posted by Robert Eringer at 6:58 AM