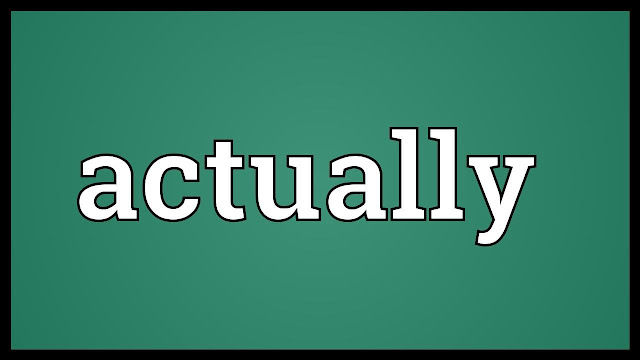 On the basis that Jeff Dalkin's unit of mavericks should remain far, far away, R. James Cloverland flies out to the left coast and ensconces himself at The Montecito Inn.

The mission, in his mind, is simple:  Hear out Richard Thornington, relieve the maverick Brit of whatever he thinks he knows about Michael Zudex—and get Dalkin's unit back on track, which, to his mind, means off-track.

Dalkin organizes a quiet corner inside Lucky's bar and grill, where he introduces the assistant FBI director to Thornington.

"So."  Cloverland sits with a writing tablet and a Lucky’s ballpoint.  "What have you got?"

Thornington looks to Dalkin for reassurance.

"No," says Thornington with his typical nonchalance.  "Zudex is Russian. He acquired Hungarian citizenship in the name Zudex, but he was born in Moscow in 1952 as Yuri Ponomarenko.  He joined the KGB after attending a technical college.  When the Soviet Union collapsed, Ponomarenko was given the task of creating non-official commercial cover for himself.  With KGB funds and contacts, he moved to Budapest and acquired a new passport and citizenship for himself in the name of Michael Zudex. Then he founded an import-export company called Zudex International.  Soon after, he moved himself and his company to Monaco. In fact, Zudex International acts as the de facto SVR station in Monaco.  It is used to launder SVR operational budgets in Europe and as a commercial cover for SVR officers and agents."

Cloverland has already stopped scribbling.  He looks at Thornington, an expression one-half awe, one-half disbelief, one-eye closed.  "How do you know this?"

"This is actually my assignment."  The Brit looks at Dalkin with a puzzled expression.  "Isn't Mister Cloverland cognizant of my assignment?"

"Actually, no," says Dalkin. "Our unit is strictly compartmentalized, even from bigwigs—big-butt blowhards—right, Cloverland?”

"I see," says Thornington.  "In that case, is it alright for me to brief Mister Cloverland on my assignment?"

"Since my arrival in Santa Barbara I have been investigating the substantial overlap between the SVR and the Red Mafia.  Of course, much of this is a blur and changing rapidly because Vladimir Putin is trying to crack down on the oligarchs that raped Russia financially, especially the media barons who don't care for the Russian president.  But Putin has discovered that the SVR, which he greatly supports, needs elements of the Red Mafia to effectively reach its goals.  In some cases, funds earned from Red Mafia exploitations pay for SVR operations.  Zudex International may be the best example so far of how the SVR and Red Mafia has united in an offensive against Western Europe and the United States."

"If this is true," says Cloverland, “how come Monaco doesn't know?  They say Zudex is clean."

Thornington chuckles.  Once again, he finds himself waging wits with the bureau-crapper mentality.  "Monaco's economy is booming.  Maybe it doesn't want to know.  And even if it did, the SVR is one of the two best intelligence services in the world, along with MI6.  You don't think they know how to cover their tracks?  Zudex International is a very slick, professional operation, constructed by people who know what they're doing."

"If they're so damned good, how do you know?" says Cloverland.

"What kind of source?"

"My source is inside the SVR."

Cloverland considers this.  "How do you know you're not receiving disinformation?"

"I'm certain that my information is totally accurate."

"Because of the nature of how this source operates."

"The last time I had a good source inside Russian intelligence, MI5 circulated data from my spy to too many persons.  It got back to the Russians through a mole in MI5 and my source disappeared."

"What?”  Cloverland narrows his busy brows. “You're suggesting there's a mole inside MI5?"

"I know there is a mole inside MI5, though MI5 refuses to accept the truth.  The more I pushed the issue, the more isolated I became.  In the end, it was easier for them to ignore me than look for a mole."  Thornington shrugs.  "I gather that's why I was seconded to the FBI—and why I’m now here.  Which actually suits me just fine."

"So, this source of yours," says Cloverland.  "He told you all about Zudex?"

"Assuming my source is a he, yes, uh-huh," replies Thornington.

"About SVR-Red Mafia overlaps in general.  Zudex is only one such overlap."

"The Russians are extremely good at disinformation," Cloverland lectures.

They'll feed us 90 percent great intelligence just to screw us up with ten percent of bullshit."

"Actually, we in the UK have assessed that equation as 98 percent good, 2 percent bad.  It's astonishing the good intelligence Russians will give away to get us to swallow something poisonous."

"You understand where I'm coming from," says Cloverland.

Dalkin erupts. "You come from the headquarters of the flatulent butt-heads of ineptitude, actually. And that wasn't Tourette's, except for the actually part.  Ninety-eight percent of you guys are idiots and nobody listens to the 2 percent who aren't.  Richard, here, actually has some fucking good intelligence.  So what if 2 percent—or 10 percent—is disinformation?  Michael Zudex is an evil scumbag, running a big-time operation for the SVR.  And the only people who seem to know this are Michael Zudex, the SVR, Richard, me and now you.  The big question is, are we actually going to do something about it?"

"I suppose we should inform the French," says Cloverland.

Thornington shakes his head, a sour expression on his face.

"If you inform the French DGSE," says Thornington, "Michael Zudex will know within 24 hours."

"How...?"  Cloverland chokes on his words, exasperated, not least because a trouble-making maverick he had helped dispatch to oblivion was correcting him, an assistant director.

"Because the French have their own arrangement with Zudex," says Thornington.

"France cannot officially, legally sell arms to some countries it would like to assist and make money from.  But Zudex can.  On top of that, Zudex has hired a couple of former DGSE officers to supplement its security apparatus.  Which means Zudex has the French service penetrated to some extent."

"So what do you suggest we do?" says Cloverland, a hint of sarcasm.

Cloverland shifts in his seat.  He’d like to point out that Dalkin's unit is pure fantasy but cannot say so in front of Thornington.

Instead, Cloverland glares at Dalkin with steely cold eyes and says nothing.  Then he turns to the Englishman.  "Thank you for your briefing.  Now I need a word in private with Mister Dalkin."

Cloverland waits until the Englishman is out the door and out of sight.  Then he detonates on Dalkin.  "What the fuck are you trying to pull here?"

"You're not supposed to help," hisses Cloverland, trying to keep his voice low.  "No, I take that back.  You're supposed to help by keeping these goddam mavericks as far away from any real action as possible!"

"I might. You're trying to involve your maverick unit in extremely sensitive, current operations..." Cloverland trails off.  "I can't believe this is happening."

"Yep, it's actually happening.  But the alternative is, we can do fuck all.  We're happy here on the American Riviera.  Just go ahead and ignore everything my Brit told you.  Fly back to Washington and forget the whole damn thing."

"I think I will," says Cloverland.

"But don't expect me to lie for you if the House Intelligence Committee comes calling."

Cloverland stiffens.  If there are two words in life that make the assistant FBI director perspire, it is intelligence committee.  Especially if these words are preceded by the words House or Senate.  "Why would such a thought even occur to you?"

"Look, you got The New York Times involved.  If you don't do something on Zudex, they're going to raise hell wherever they can and they're damn good at raising hell with politicians—pukey pant-loads."

"Those bastards at the Times won't even give us their reporter's notes on Zudex."  Cloverland shakes his head.  "Can you believe, they want us to do something, but they refuse to tell us what they know?"

"Don't actually do me any favors," says Dalkin.  "This is ballsy stuff I'm proposing, against ruthless scumbags who solve their problems by murdering people."

Dalkin winks.  "It's probably better if you leave the how to me.  We'll deliver what you need to get the goods on Michael Zudex and appease The New York Times.  And then we'll go back to enjoying the great food and wine they serve around here.  Speaking of which, I've booked a table at the Stone House, San Ysidro Ranch.  You're paying."