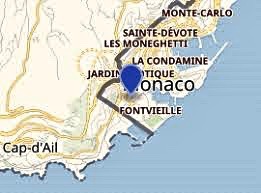 Jeff Dalkin removes a large envelope from his drawer at the UPS shop in Montecito and reads the return address:  Bacon, Hump.

Nearby, at an open-air table in Jeannine's, Dalkin sips hot coffee and opens the green-and-white envelope.  Inside, 36 pages of interrogatory, about a hundred questions in all, crafted in legalese.

Dalkin glances at the interrogatory in front of him.  "I already have enough paper, just talk to me."

"Worthog and Worthog do big-time legal shakedowns.  One hundred percent contingency.  A boiler room operation.  They are masters at making the other side spend hundreds of thousands of dollars on legal bills.  They focus on one big case at a time, put all their manpower and resources into it and keep going at a hundred miles an hour until the other side caves just to get rid of them."

"Yeah, a lot of timber.  Their last case accumulated about 25,000 pages of motions, interrogatories, depositions and other garbage."

Schvantz pauses.  "They've got a real doozie of a case going right now."

Schvantz chuckles.  "As if you didn't know."

"Me and anyone else who's interested.  Everything filed with the court is public record.  What did you do to that poor reporter?"

"Nothing that she wasn't already doing to others."

"She claims you damaged her health," says Schvantz.  "She hasn't had a decent bowel movement since learning she got duped.”

"Can you imagine Kitty Kelley claiming Frank Sinatra gave her the runs?"

"Here’s the good news,” says Schvantz.  “Worthog and Worthog don't give a shit about you.  They're interested in deep pockets.  Mister Ding-a-Ling is worth about half a billion.  You're probably broke, since you don't even pay my bills.  The Worthogs tacked you on as a favor to the plaintiff."

"You seem to know a little about how this game is played," says Dalkin.  "What happens next?"

"Hasn't your lawyer told you?"

"My lawyer doesn't tell me shit.  He just pesters me for documents and more money.  Why doesn't Ding-a-Ling just settle this thing?"

"No point at this juncture," says Schvantz.  "The case is in discovery.  Which means the judge can dismiss the case if discovery doesn't support the plaintiff's charges.  Which means there's no reason for Ding-a-Ling to negotiate a settlement, not till it's a sure bet it would go to court."

"When will that happen?"

"Hmmm.  Ding-a-Ling has just requested a four-month extension for discovery.  Their lawyers are playing the Worthogs’ own strategy back against them."  Schvantz chuckles.  "It's like a high-stakes poker game.  Each side is trying to out-bet the other."

"You?  You definitely got a seat at the wrong table."

Ralph Serafina inspects himself one last time in the bathroom mirror of his room in the Fairmont Monte Carlo Grand Hotel.  He indents the knot of his orange tie and tussles the matching silk hankie (an affectation picked up living in Europe), so that it tilts perfectly from the breast pocket of his black Prada suit jacket.

Minutes later, on this weekday afternoon, Serafina climbs into a taxi and commands the cabbie to the Gildo Pastor Center, an office building in Fontvieille, Monaco's modern quarter built on land reclaimed from sea.

Serefina’s fashionable attire gets him admitted through locked doors, where he is monitored by CCTV cameras.  The rest is down to whatever gabby gift he possesses.

"Is he expecting you?"

She picks up a phone.  "May I say who you are and where you are from?"

"Say I'm Ralph Serafina and I need to see him about a confidential matter."

The receptionist whispers Serafina's words into the phone and looks up.  "What is your confidential matter?"

"So confidential," says Serafina, "that I can tell only Mister Zudex."

The receptionist repeats this and puts the phone down.  "Sit there."  She points to a sofa but is otherwise non-committal about what might happen next.

Serafina sits, picks up a Financial Times from a coffee table and peruses its contents.  At one point a door opens and a pair of dark beady eyes beneath a shaven head scrutinize him.  Serafina ignores the intrusion and keeps reading.

Twenty minutes later, an officious woman appears and invites Serafina to follow her.  He does so, contemplating her derriere from five feet behind, imagining it unclothed.  It is a brief fantasy.  She turns and points through the door.

Michael Zudex is a small man perched behind a large desk.  He does not get up.  He introduces neither himself, nor his bald associate, who sits ten feet away watching like a hawk.

Serafina strides to the center of the room.  "My name is Ralph Serafina.  I am a clandestine operations officer with the Central Intelligence Agency."  He pauses to allow absorption before adding in a slow, deliberate tone.  "The CIA does not know I am here today.  I am representing my own interests. I want to offer you a deal."

Zudex remains impassive, not moving a muscle, aside from an involuntary twitch in his right cheek.

"Why you come here?" asks Baldy.

Zudex flinches before shaking his head.  "You make mistake."

"Oh?  Am I also mistaken that your real name is Yuri Ponomarenko?"

Zudex blinks.  "What do you want?"

"I want to work for you," says Serafina.  "The CIA has tried to fuck me.  So now I'm going to fuck them by working for you guys.  I know secrets worth tens of millions of dollars and I'm ready to make some decent money selling my secrets to you."

As Zudex considers this, Baldy rises and walks to a window and, from behind white lace curtains, studies the street below.

"Are you followed?" asks Zudex.

"Where does your CIA think you are right now?" Zudex shoots this in staccato fashion, his favorite tone.

Serafina shakes his head no.  "This town is too nice to be cooped up in a building.  Do your traces.  I know the drill.  I'll be out and about, reachable at the Fairmont.  If I don't receive a message from you by tomorrow noon, I'll assume you're not interested."  Serafina turns to leave, then whirls around to reface Zudex.  "Oh, and I'm not the only one at CIA who knows about your connection to the SVR."  He winks—a wink that suggests it would not make sense to think about introducing him to Jason Groner on a seabed.  "But I do know who knows, what they know and what they're planning to do about it."

Zudex remains poker-faced, if a shade paler than when Serafina first arrived.  And he wastes no time.  If Zudex has two priorities in life—and he does—they are very straightforward:  one) self-preservation and two) money.  In that order.

Ralph Serafina's message had impacted both.

Zudex scripts an urgent message on his computer to SVR headquarters in Moscow, his terse prose keyed through a crypto-coding service and zaps it by e-mail.  It being after-hours in Moscow, he requests that the duty-officer mobilize whomever it takes to get answers and authorizations by nine the next morning Monaco time.

And then Zudex broods.  Maybe he had been rash, dispatching an American reporter from an important American newspaper on a one-way deep-sea dive.  But maybe it was a good move.  For if Serafina is genuine, such a media tactic facilitated an important defection.  But, rationalization aside, SVR business had become secondary to Zudex's own agenda.  Intelligence work, more a nuisance these days, well, that was just the platform from which Zudex hoped to launch an industrial empire and transform himself into a billionaire.

Posted by Robert Eringer at 8:16 AM