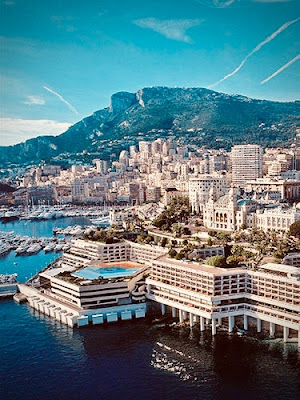 The answers and authorizations needed by Zudex arrive from Moscow next morning.

If there is anything Russia's SVR jumps hoops for, it is the possibility of a defection from the CIA.  And to the SVR, Ralph Serafina looked like a prime candidate for side-switching even before he'd walked into Zudex's office on his own initiative.  Serafina had made the SVR's watch list of hard-drinking, high-living, potentially disgruntled CIA officers who could be lured with promises of millions in cash in a numbered Swiss bank account.  The SVR knew, from experience, money is the only lure for Americans.

The SVR first noticed Serafina in Geneva, a haven for spies.  They watched as he partied late into the night at Maxim's, spending more than he could afford on a government salary for champagne, not only for himself, but for Russian cabaret dancers—strippers later debriefed by SVR officers.

And the SVR also knew that CIA was unhappy with Serafina's lifestyle.  After the officer's return to Washington, they lost track of him and they assumed he had been reprimanded and sidelined.

And now, here he was, disgruntled, claiming that the CIA had fucked him.  It was almost predictable.  Not that the SVR was smug.  It, too, was sensitive to the planting of disinformation.  Not that CIA deployed such tactics.  Unlike their adversary, false defection was not a game CIA liked to play.  Most important, Serafina came equipped with alarming information:  that CIA was onto Zudex International.  This, alone, made Serafina irresistible.  Under normal circumstances, more extensive checks would be made.  But this was urgent; Serafina had set a deadline.

The answer that arrives in Michael Zudex's e-mail early next morning, sent in cryptographic code, is this:

We confirm Ralph Serafina’s status as a CIA officer.  Proceed with recruitment and keep us advised.

Baldy, meantime, had been out and about, doing some checking of his own.

He established that, indeed, Ralph Serafina was staying at the Fairmont Hotel, had checked in one day earlier with a U.S. passport having arrived on the Delta flight from New York.  Serafina appeared to have arrived alone, single occupancy, with a two-night reservation.  He had made no telephone calls from his room.  After departing the offices of Zudex International, Serafina had returned to his hotel, changed into casual clothing and strolled through Casino Gardens before dining alone at Cafe de Paris.  The only real excitement took place after dinner when Serafina climbed into a taxi at the rank outside Hotel de Paris.

One of Zudex's security officers tailed the cab to Stars & Bars, a popular sports bar on Quai Antoine, where Serafina drank and attempted to chat up various women.  The American returned to his hotel somewhat lubricated but empty-handed.

Baldy assessed that nobody else—neither American nor French—had had been watching Serafina.

After taking morning cappuccino near the open-air market in Monaco's earthy port quarter, Ralph Serafina returns to his hotel—about 11:30—and rechecks the front desk for messages.

The concierge produces an envelope.

The note inside from Michael Zudex requests that Serafina please return at three p.m. for a follow-up meeting.

Serafina’s reception on his second visit to Zudex International differs dramatically from his first.  The only thing missing is a red carpet.

Serafina is ushered into the office of Michael Zudex, who this time rises to greet him with a smile and a firm handshake.

Baldy is present too and again, he moves to the window to glance at the street below.

A secretary asks if Serafina cared for refreshment.  He does not and she tiptoes out.

"Smart move," says Serafina.  "Your very survival may depend on it."

Zudex grimaces, offended by the cheekiness of this brash American.

"First, my deal," Serafina continues.  "It should reflect the value of what I know and the risk I'm taking."

"If I'm ever caught, I'll lose my freedom forever—and maybe my life.  There's a death penalty now for this kind of thing.  That risk alone must be counter-balanced by a fuck-load of money.  And I mean money I can spend, not just dream about."  Serafina winks.  "You probably know, I like having fun.  Next:  What I know.  This is definitely not a blackmail situation, but I know enough to have you arrested by the French this morning as an illegal.  Oh—and for murder too."

"And not just that New York Times reporter—Groner?  Yeah, that’s right, Jason Groner.  And those employees of yours in the Ukraine who tried to blackmail you?  CIA is well aware of your money-laundering activities for the senior executives of various Russian energy companies.  And CIA is also aware of the weapons you've been smuggling under the guise of furniture.  Once you know what I know—what other players know—you’ll be able to clean everything up so that when they come a-calling—and they will—instead of them finding what they’re looking for, you'll make fools of them.  But most important, I can tell you how CIA knows what it knows."

"Yes, how," says Serafina.  "And in this case, the how is a high-level mole inside the SVR."

It is what the old guard at The National Enquirer used to call a Gee Whiz moment.

"So, what is this worth?"  Serafina gazes at the ceiling before looking Zudex straight in the eye.  "The fact is, Mister Ponomarenko, my information is priceless—and you know it.  And if you don’t know this, your masters at the SVR certainly do.  So go ahead, make me an offer.  I'll laugh and then we'll talk about a realistic price-tag for the betrayal of my country."

"How much do you need?" asks Zudex.

“Yeah, that's right.  Four million.  And a nice dacha in a good neighborhood outside Moscow he never saw.  But that was a long time ago.  Prices have gone up.  And so have the stakes.  And Ames lives a prison cell at Allenwood in Pennsylvania.  Which illustrates one of my points, about risk.  So you tell me, you seem good at numbers, judging by the hundreds of millions of dollars you've been laundering.  How much am I worth?"

Zudex turns away in a huff.  "I must check with others."

"Start checking."  Serafina consults his wristwatch.  "We either have a deal today or there isn't one."

Zudex return his gaze on Serafina.  "Price depends on what you propose us."

Serafina shrugs.  "If we make a deal, I'm yours to debrief.  My price-tag covers what I already know and whatever you ask me."  He pauses.  "You'll understand, of course, I’m not planning to retire in Moscow.  Not yet.  Not ever.  Unless it became necessary to remain free."

Serafina scoffs.  "Maybe as a down-payment."

Zudex remains impassive.  If he prided himself on anything, it was business negotiation.  "I give you my offer.  It is your turn to tell me your price."

"Okay," says Serafina.  "Here goes:  I'll take that five mil, in a numbered account right here in Monte Carlo.  But I also want a slice of Zudex International, the company whose ass I’ll save."

"A piece of the action.  The way I hear it and I got good sources."  Serafina winks.  "A billion dollars a week is being laundered out of Russia.  Zudex International is handling a chunk of that.  I want a percentage of what passes through Zudex.  In other words, Yuri, I'd be your new partner."

Now Zudex glares at Serafina.  "Is that all?"

"Not quite."  Serafina shakes his head.  "As your business partner, I obviously need a home here.  So I'd like a spacious apartment with a view.  And a company car.  A Porsche would be nice."  He pauses.  "A boat, maybe?   No, as long as I can use one of the boats you already have—aren’t you smuggling tank parts to Iran on one of them?"

"That's it," says Serafina.  "The only part left to negotiate is what percentage of Zudex International I should own.  Oh, and a system for verifying my share of the profits."

Blood had filled Michael Zudex's head; several veins in his forehead bulge; at least one of them appears to be on the verge of bursting.  "Your terms are ridiculous," he snorts, cheek a-twitch.

"Really now?" says Serafina.  "Then I guess we've got nothing more to discuss."  He turns to leave.

"I must make checks," says Zudex.  "You will entertain counter-offer."

"Is that a question?" says Serafina.  "Never mind.  You make your checks.  I'll stay one extra night here.  You can buy me dinner at Louis XV in Hotel de Paris and we'll celebrate our new partnership, just the two of us."  Serafina throws a sideways glance at baldy.  "We'll meet in the Bar Americain across the lobby.  Eight o'clock."

"You are not frightened of meeting me in public?" says Zudex.

"As I mentioned when we first met," replies Serafina, "your situation is containable.  Surveillance of you has not yet commenced.  And I’ve always felt the best way to hide is out in the open.”  He pauses.  “But don't bother coming this evening if you're not prepared to cut me slice of Zudex International.  If I don't see you by 8:15, I'll assume there's no deal."

And with that, Serafina turns on his heel and saunters out.