IN A NUTSHELL, CA LEADERS ARE NUTS 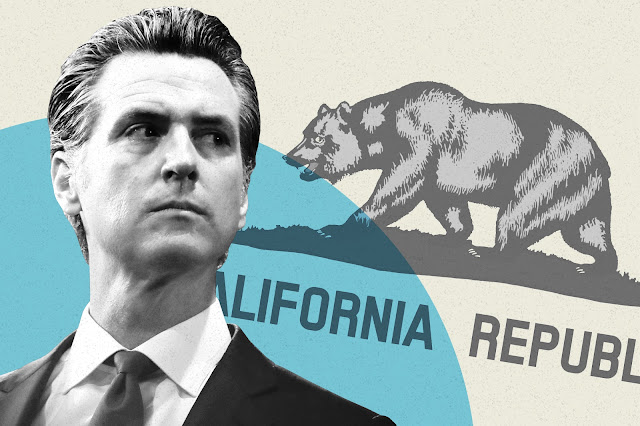 As Covid-19 descended on California in March and April of this year, economies began to shut down and the debate raged over what businesses were deemed “essential.”

Elon Musk, the founder of Tesla, and Alameda County authorities went back and forth over whether the Tesla plant in Fremont should be allowed to reopen.

This dialogue was punctuated by a pithy tweet from Assemblywoman Lorena Gonzalez, who describes herself as a progressive Democrat, “F*ck Elon Musk.”

At that time, we had no idea how much that tweet, and attitude, would cost us.

Nine months later, Elon Musk is gone. He is selling all his personal real estate in the state. He is now a resident of the state of Texas. He has moved his philanthropic foundation to Texas, too.

In the last few weeks, Hewlett Packard Enterprise Co. (NYSE: HPE) and Oracle Corp. (NYSE: ORCL) have both announced they are moving their headquarters to Texas, with other potential moves in the pipeline.

In a nutshell, California state income tax is the highest in the nation, California's ranking for “business friendliness” is the lowest, and we have elected representatives who would lob crass, vulgar F-bombs at the people who are paying the freight.

The worst thing about the Gonzalez tweet is that no one called her on it. No one in state government had the guts to repudiate her words and show a modicum of respect for a man many call "the da Vinci of our age.”

Under liberal-democrat leadership, the whole country will now be subject to the same disposition and mindset as California's leaders and policies.

The brains and money will flee, leaving a toilet of political correctness, failed policies and bankrupted cities and states.

The United States has become a nation of mostly brainwashed Americans who are mind-controlled by a corporatized and highly dishonest mass media and supported by (anti)social media titans who grow richer & richer by backing liberal-democratic policies and China.