Destination: Prescott (pronounced preskit by the locals), whose motto is "Everyone's hometown."

Specifically, Whiskey Row and The Palace, where Wyatt Earp hung out before decamping further south to Tombstone.

A real drink in a real bar, at the bar. 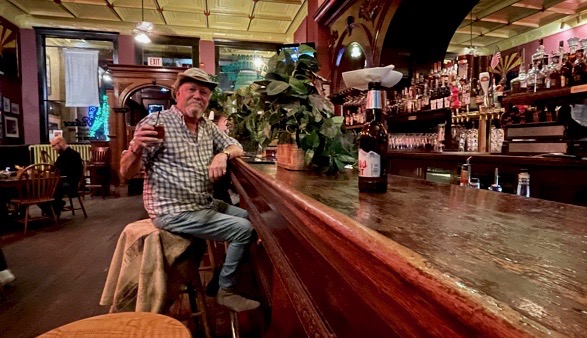 A few minutes later, rolling up the road, Lathom snaps out of his silent funk.

“Now I know how Wyatt Earp felt must have felt,” he says.

“Was there another Wyatt Earp?”

“People think he was a lawman,” Lathom continues. “That’s the legend, and like history, legends are lies agreed upon. Truth is, Wyatt was a saloon keeper, and that was an important job because saloons, in those days, were important cultural and recreational centers.  You know why?” He doesn’t wait for a response. “Because saloons came with gambling and women. But by the time Wyatt hit eighty years old, in the late 1920s, gambling was illegal, prostitution was illegal in most states, and Prohibition had outlawed alcohol. Can you imagine how such social senescence must have made him feel?” Lathom laughs. “He must have thought the Wild West—and the rest of the country—had gone to hell in a handbasket!” 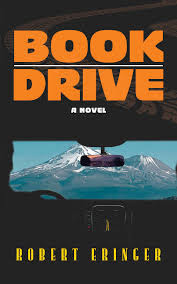