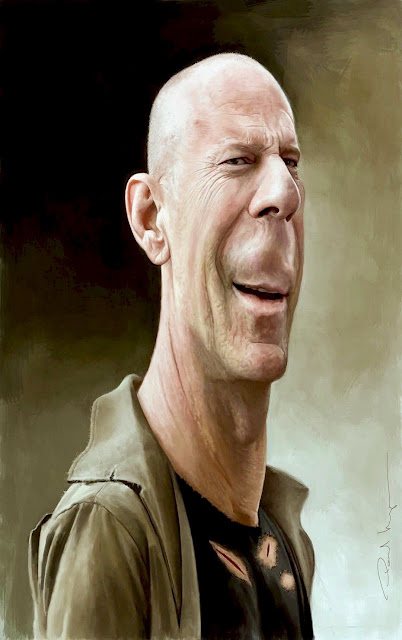 "How many times did you meet with Rhoda Rigglesworth?" asks Worthog.

"You didn't meet with Ms. Rigglesworth more than ten times?"

"Where did you meet with Ms. Rigglesworth?"

"Where is The Black Leopard located?"

"But the Washington area?"

Dalkin smirks.  "About five yards from the District line, chief.  In Bethesda."

"How many restaurants are in Bethesda?"

"Objection," says Fatwood.  "What does this have to do with anything?"

"I'm getting there," says Worthog.  "Will the witness answer my question?"

"You would agree with me that Bethesda has over three hundred restaurants?"

"No.  I wouldn't agree with you about anything."

"But you would agree that Bethesda has many restaurants?"

'"Why did you choose The Black Leopard as a regular meeting place with Ms. Rigglesworth?" Worthog demanded.

"You mean, aside from the fact that I could walk to it?  Well..." Dalkin cocks his head, looked to the ceiling, one eye closed.  "I like the name."

"The black leopard, otherwise known as a panther—which, incidentally, makes the word black in black panther redundant—is, ounce for ounce, the most dangerous living thing in the world. The panther is the only wild cat that cannot be trained.  It can fool you into believing it's been trained and tear out your lungs the second you turn your back."

"And you find that impressive?" asks Worthog.

"Isn't it true that you had The Black Leopard secretly wired with visual equipment?"

Worthog seems confused, as if this didn't fit his equation of two-plus-two equaling 22.

"Did you ever meet with the owner of Ding-a-Ling Widgets, Philip Dillman?" he rebounds.

"What happened at these meetings?"

"To distract Rhoda Rigglesworth from prying into his personal life."

"To distract?  What do you mean distract?"  Worthog pulls another face.

"Well, as I've said, Dillman objected to Rigglesworth sniffing his dirty linen, which seemed to be a specialty of hers."

"That wasn't my question," says Worthog.

"I asked, what do you mean by distract?"

"Getting this muckraker interested in something other than Dillman."

"So, you admit that on Philip Dillman's behalf you tortiously interfered with Ms. Rigglesworth's lawful right to conduct business?"

"Objection," says Fatwood.  "I instruct my client not to answer."

"And you offered to help her?"

"You let her yak about it."

"Is that a question?"

"You let her yak about it?"

"And you reported everything she yakked about to Ding-a-Ling Widgets?"

"I reported to Dick Mutton—mutant masturbator."

"And Richard Mutton then reported to Philip Dillman?"

"You’d have to ask Mutton, not me," says Dalkin.

"And then you offered to help Ms. Rigglesworth, right Mister Dalkin?"

"Wrong, chief.  I told her to stay in touch and keep me posted on how her story developed."

"You bet.  She called me every week, yakked her friggin’ head off, drove me nuts.  I ought to sue her for harassment."

"And you reported everything she told you to Richard Mutton for Philip Dillman to hear?"

"Did you tell Ms. Rigglesworth that you would consider making a movie of the story she was developing?"

"Did you imply that you might make a movie of her story?"

"Then why did she think you might make a movie of her story?"

"Wishful thinking on her part."

"Is it fair to say that by asking Ms. Rigglesworth to keep you posted on her story, she should think you had an interest in making a movie about it?"

"Yes, but Bruce Willis makes movies," says Worthog.  "And you pretended to be Bruce Willis, didn't you?"

"No.  I already told you.  Rigglesworth thought I was Bruce—willie-wankstain—Willis all by herself."

"But you can see how she would think that you, looking like Bruce Willis, would have an interest in making a movie about her developing story?"

"What other people actually think isn't actually my problem."

"No?" snaps Worthog.  "It is your problem.  You are a defendant in this action."

"Is that supposed to be a question?"

"So, after leading Ms. Rigglesworth on for months by falsely portraying yourself as Bruce Willis..."

"Objection," says Fatwood.  "My client has already answered that he did not falsely portray himself as Bruce Willis."

"After leading Ms. Rigglesworth on for months," repeats Worthog, "you suggest she ditches her Ding-a-Ling Widget story and work on something else instead?"

"Was Philip Dillman aware of these nefarious tactics?"

"My tactics weren't nefarious," says Dalkin. "Nefarious is what they do in Russia to investigative reporters.  My strategy was actually ingenious.  Ms. Rigglesworth could have chosen to do whatever she wanted.  She actually chose to go along.  And anyway, anyone getting victimized by a muckraker has a right to defend himself."

"By tortuously interfering with that reporter's right to do business?"

"What's to say Rigglesworth, being freelance, which means unattached to any bona fide news media—what’s to say she wasn't sponsored financially by a widget competitor to dig dirt on Dillman.  Dillman had a right to know who was behind her muckraking and he asked me to find out, through Dick Mutton—masturbating mutant—who, between you and me, her and him," Dalkin points at the videographer and court reporters, "and all the lawyers, was the chief instigator of the Rigglesworth operation, not Dillman"

"Objection," says Fatwood. "I instruct my client not to answer."

"If Ms. Rigglesworth had stuck to her agenda,” continues Worthog, “and written the book she wanted, on Ding-a-Ling Widgets, she could have made hundreds of thousands of dollars. Isn't it true that you blocked her from this?"

"No," says Dalkin.  "And if my lawyer doesn't mind my saying so, you're talking the biggest crock of warthog poop I've ever heard.  First of all, Rigglesworth didn't have to delude herself about my Bruce Willis looks, or even listen to my advice.  She did what she wanted to do.  Second, I don't agree that a book about Ding-a-Ling Widgets could have made serious money.”

"On what do you base this?" asks Worthog.

"Are You kidding?"  Dalkin laughs.  "Rigglesworth actually showed me all the rejection letters she'd gotten from book publishers."

Worthog recoils as if he's been slapped in the face, another fact his client had evidently not mentioned.

"I remember what one publisher wrote," Dalkin continues.  "He said something like, 'People like to play with widgets, not read about them.'  If truth be known, the truth, not your legalese bullshit, I did Rigglesworth a big favor by steering her away from widgets.  And you, the toady shakedown artist you are, got suckered into her delusional conspiracy theory because you thought Philip Dillman would roll over and pay millions rather than face bad publicity.  What you didn't bargain for is that Dillman is one tough son-of-a-bitch that doesn't roll over for anyone."

"Wank your own willy," Dalkin turns on Rosen.  "If you want to object, get your goddam client to pay my legal tab."

He turns back to Worthog—now a study in discomfort and exasperation—and removes the microphone from his polo shirt.  "I'm hungry," Dalkin announces. "I'm taking a lunch break and if you don't like it, go cry to the judge—jiggering jerk-off."