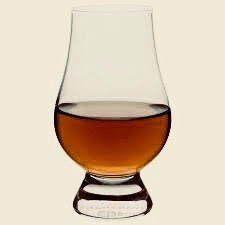 Near six p.m. next day, in London, Dalkin moseys into the oak-paneled bar of Brown's Hotel on Albemarle Street in St. James's and occupies a corner table.

The theme of this cozy establishment is top shelf Scotch whiskey; Dalkin obliges by ordering Oban single malt, two cubes of ice and a few drops of water in a proper whiskey glass.

Richard Thornington soon appears in the doorway, his gawky frame wrapped in a Burberry trench coat; toothy grin accompanied by a pink, runny nose.  He bounds over, sits downs, removes a handkerchief from his pocket and blows into it.

"Here's the problem," Dalkin hunches forward.  "It's impossible to tell whose schizophrenic anymore."

"Everybody walking around, yakking to themselves, gesturing with their arms.  Most of them are talking into cell phones you can't see.  So you don't know who's schizophrenic and who isn't.  Anyway, start from the beginning."  Dalkin sips Oban and listens as Thornington recounts the stunning news from his Russian source.

"Actually, I thought that would be quite enough."

"Actually, you're right.  It's actually quite enough."  Dalkin locks eyes with the Brit.  "Unless there's something else."

"Well... there is something else."  Thornington pauses.  "My Russian source also says he knows the identity of the SVR mole inside MI5."

"He was just teasing you?"

"Can I meet the source?"

Thornington looks away.  "I don't know."

"Are you capable of finding a million dollars—blow me—to make a deal with him all on your own?"

"Well I am."  Dalkin winks.  "But it won't happen unless I get to eyeball your source myself."

“It’s not so much me,” Thornington whispers.  “It would make my source nervous to meet somebody new.”

“Dough, money—blow me.  Just tell him brazhort is my middle name.  Capito?”

Thornington shrugs.  "I'll phone him and ask."  He begins to lift himself from the stuffed armchair."Wait a second."  Dalkin stirs. "You're going to call him?"

"He uses a pay-as-you-go mobile registered to an alias.  I'm the only person who has that number.”

"He works here," says Thornington.  "For the SVR."

"No.  He's with the rezidentura at the Russian Embassy.  Directorate S.  He has oversight of illegals in Britain."

"I know a good Indian," says Thornington.  "Nothing like hot curry to cure a cold."

An hour later, after another slow Oban, Dalkin and his maverick Brit cross Albemarle Street and enter Chez Bizarre.

The Aussie maître d' sits them at a table-slash-glass display case that exhibits colorful items from a Bombay flea market.

Dalkin accepts the dreaded menu, determined not to peek inside, given how the names of ethnic dishes incite his Toutette’s.

Thornington quickly orders Singh beer for them both.

"Tell me about your source," says Dalkin.

"Born and raised in Moscow," says Thornington.  "His father was a professor at Moscow Aviation Institute.  Our chap attended the Higher School of the KGB and the Red Banner Institute."

"I've written it down somewhere."

"You ran traces, of course."

"I did what I could do without giving his actual name to my superiors," says Thornington.

"His first foreign mission was Afghanistan.  That's when he began to question his own system.  Then, back at headquarters in Moscow, he watched in disbelief as those around him—especially the higher echelons—corruptly filled their pockets as the Soviet Union disintegrated."

"Okay, but if he's opposed to corruption," says Dalkin, "what's his motivation for dealing with you?"

"Do you see a contradiction here?"

"We call it irony," says Thornington.  "And the Russian mentality is more ironic than most.  But to answer your question, I think he's bitter that they all got rich and got away with it.  He remained honest and he earns about a hundred dollars a month.  But the other side of it is this: I think he wants to hit back at those who stole from the Motherland.  That's how and why we got into the SVR-Red Mafia overlap."

"He served in Central Europe.  Did well, I think.  Returned to Moscow, was awarded with a transfer to Directorate S.  Did very well.  His reward was London." He pauses.  "They all want to come here."

“So how did you meet this Russian?”

“At a diplomatic function.  We actually tried to recruit each other.”  Thornington grins.  “I lost.”

“No.  I recruited him.  His information touched a nerve and I lost my job.”  Thornington lowers his voice from a whisper to a hush, his eyes on the door.  "Here he comes."

Igor Sokolov gives Chez Bizarre a good eyeballing before taking off a Harris Tweed hat.  Satisfied, the Russian bounds over to Thornington.

Introductions are made; Sokolov takes the couchette with Dalkin, back to the wall.  "I am sorry for to be late," he whispers, one eye on the door.  "I come long way."  He chuckles.  "I take full tour of London to find you."

"Cheers."  Thornington raises his glass to the Russian,

"I recognize you."  The Russian had been studying Dalkin.  "You are famous actor, no?"  He looks at Thornington with a puzzled expression.

Dalkin shakes his head, smirking.  "No.  That dumb-shit actor looks like me.  Name's Jeff Dalkin—hot-diggedy-dogaroonie."

Thornington studies the Russian, enjoying his reaction to Tourette's.

Sokolov catches his eye.  "You must have serious reason for meeting."

"If it's like Chinese—midget-muther-fucks," says Dalkin nervously, "we just order a bunch of grub and share it round, right?"

"We can do that," says Thornington.

The waiter appears with Sokolov's hot tea and poises himself to take an order.

"One Punjab Yabloney," says the Brit.

Or at least that's how it sounds to Dalkin.

As Thornington continues with a selection of dishes, including basmati rice and nana bread, Dalkin tries to distract himself, glancing around, but he can feel it coming, almost volcanic in nature, his Tourettic reaction to the names of ethnic dishes.

"I'm working with Jeff Dalkin now, in America," Thornington whispers to Sokolov after the waiter departed.

"No."  Dalkin shakes his head.  "A special unit created by the F-F... farting-barf-bags of incontinence—FBI. Yabloney!"

This amuses the Russian.  "Say again?"

"Bless you!" calls a server nearby.

"Actually, it's the FBI," says Thornington.  "I've been working in America."

The Russian shrugs.  "Is true.  Everyone is penetrated."  He looks around the restaurant.  "Who else knows we meet?"

"No one," says Dalkin.  "Very few people know our unit exists.  And only one person—at the very top—knows what we're doing.  And that one person knows nothing about you."

"And speaking of you," Dalkin continues.  "Richard tells me that you have access to good intelligence."

"He says you are prepared to share this information with us."  Dalkin pauses.  "Why?"

Sokolov sips his tea and sighs in appreciation of its warmth after dry-cleaning his tracks on cold streets.  "Money."

"Tourette's," Thornington explains, a toothy grin.  "It's actually quite amusing.”  He turns to Dalkin.  “No offense.”

"Actually, none taken."  Dalkin smirks.  "Lizard-licking limey twat."  He turns to Sokolov.  "I'll try again.  How much money?  Blow me."

"It depends what you ask."

"Let's be hypothetical," say Dalkin, "and say I want everything."

"Yes, I get everything through spy-net.  Mostly everything."

"Richard can tell you everything I have gave him."

"Can you get into old KGB archives?"

"And bring out photocopies of files?"

"Nyet." Sokolov shakes his head.  "No copiers in archives.  My man takes notes of files."

"One file, ten thousand dollars US."

"And if there's no file on the person I request?"

"You do not pay," says Sokolov.  "But you pay if file exists, if only six words."

"So, what you're saying is," says Dalkin, "I can buy any file in the archives for ten-grand?"

"Princess Diana.  Can you get her file from the archives?"

The Russian grimaces.  "This name makes my man nervous.  He asks more money."

The Russian looks at Thornington.  "Does Jeff know rules?"

The waiter arrived with a platter of grub.

"We are talking about how information from Igor's spy-net can and cannot be used," says Thornington, after the waiter departs.

"And how is that?" asks Dalkin.

"Minimal circulation," Thornington replies while helping himself to buttered chicken.  "No sharing with other intelligence services.  Not to be used as evidence in court.  And definitely no media."

The Russian nods as he fills his plate with lamb curry and rice and lentils.

Dalkin shrugs.  "What's this I hear about a mole in MI5?"

Sokolov glances at Thornington, and then looks at Dalkin, eyes-twinkling.  "A mole in MI5," he says.  "Very high."

Sokolov winks.  "You have one million dollars US?  I tell you."

"What could you possibly want with one million dollars?" asks Dalkin.

"What's your long-term plan?"  Dalkin forks himself with buttered chicken and lentils.  He looks at Thornington.  "This is good."

"Where to?" asks Dalkin.

Sokolov shrugs.  "I have idea."

"Let's suppose I write a whole shopping list of files I want.  Princess Diana, the MI5 mole, other stuff.  How much can you do before retirement?"

"What is the turn-around time on anything I order?"

"Cash," says Sokolov.  "Any currency."  The Russian grins, baring teeth that would keep a dentist in clover for years.  "But no rubles."

"How soon can you let me know about the Diana file?"

Sokolov nods.  "I check my contacts tomorrow.  They make me an answer.  And I propose you price."

"Can you give this one to me for free?" says Dalkin.  "An example to prove you and your spy-net are genuine."

"But I already prove," Sokolov protests.

Sokolov considers this.  "I'm tired to prove.  But maybe I make you special price.  I call Richard tomorrow."

The Russian wipes his plate clean with nana bread and disappears into the dark, damp night.

"And what about our Monaco situation?"

Posted by Robert Eringer at 7:59 AM