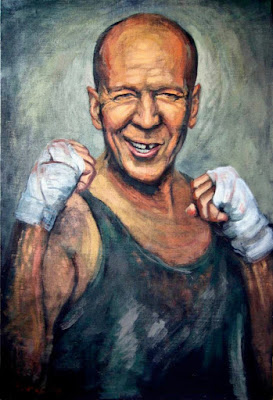 They concluded their proceedings with a bold plan: Serafina would a) return to CIA headquarters at Langley armed with a shopping list and b) resign from CIA and write an embarrassing book about his former employer emphasizing those occasions when CIA concealed its operations from oversight committees in Congress.  The Russians would provide him with research support—and also information from their files with which he could pepper his prose.

In between sessions, Serafina had visited Banque Paribas and cleaned out his new numbered account, transferring five million dollars to an account at Credit Suisse in Geneva, on which he and Jeff Dalkin were dual signatories.  These funds were then transferred to the Royal Bank of Scotland in London.

And then Serafina caught Delta's nonstop flight from Nice to JFK.

"Mister Worthog," says Bradley Fatwood to opposing counsel upon resumption of Jeff Dalkin's deposition.  "If you continue to ask my client questions that are far-removed from plaintiff's Complaint, we will visit the judge in chambers this afternoon and I will push to have the charges against my client dropped due to your malicious use of process."

"Let the record show I believe your behavior is inappropriate," replies Worthog.  "Mister Dalkin has skillfully avoided answering our questions and if I must go off on tangents to reach truthful answers it is within my right to do so."  He turns to the deponent.  "Mister Dalkin, does Ding-a-Ling Widgets have any connection to the CIA?"

"What are you objecting to?" asks Worthog, certain Rosen didn’t even hear the question.

"I'm not sure," says Rosen.  "But it's probably objectionable."

"I object to that," says Worthog.

"And I object to this whole goddam farce!" hollers Dalkin.

"Move on," says Fatwood to Worthog.  "Or I'll end this deposition right now."

"This is my deposition,” snorts Worthog.  “It's over when I say it's over." He grins snidely as if to say, we'll stay here all week if I want.  "Did Ding-a-Ling Widgets ever solicit the CIA's help in pursuit of new business?"

Dalkin rolls his eyes.  "Not that I’m aware of."

"We understand from Richard Mutton that this is the case," says Worthog.  "And that you would know."

"Here's how:  It sounds to me like Mutton—mutant masturbator—lost his mind.”

"Mister Dalkin, did you ever supply Philip Dillman with prostitutes?"

"We've already determined that you are a spy and a saboteur," says Worthog.  "Pimping couldn't be far behind."

Dalkin turns to Fatwood.  "Can we sue this bottom-snorting son-of-a-whore for slander?"

Fatwood shakes his head.  "No.  Everything they write in motions or say in deposition is protected."

"Fuck me," says Dalkin.  "You lawyers—lying labanza-balls—have the whole goddam legal system rigged in your favor."

"My question," says Worthog.  "Did you supply Philip Dillman with prostitutes?"

"No."  Dalkin pauses.  "Don't you get it?  Mutton—mutant masturbator—is a disgruntled employee.  This was his way of going postal.  He'll say anything about Philip Dillman in retaliation for getting fired.  What kind of witness is that?"

"Yeah, right.  Jurors who think thirty bucks a day is a good deal?"

"Are you insulting African-Americans?"

Worthog snorts.  "Who is paying your legal bills?"

"I am."  Dalkin shoots a glance at Bernie Rosen.  "At last count, Philip Dillman only had five hundred and fifty million dollars—blow me.  No, blow him."  He looks again at Rosen, this time a piercing eyeball clench.  "You'd think he could take care of his own."

"Isn't it true," Worthog tries another tack, "that Philip Dillman has an affinity for African-American flight attendants?"

"You see?" says Dalkin.  "That's exactly the kind of thing that started this whole mess, the kind of dirty laundry that Rigglesworth likes to write about."

"You're saying it’s true? That you did solicit African-American flight attendants for Philip Dillman?"

"Solicit them for what?"

"Uh, yes.  Any activity of a sexual nature."

"No," says Dalkin.  "But I remember hearing that Dick Mutton—mutant masturbator—did stuff like that."

"You heard about this?  From where?"

Watson Worthog passes a note to his father.  Worthog senior hisses at his son to stop interrupting him, but reads the scribble nonetheless.

"Mister Dalkin," says Worthoge.  "Earlier, when I asked you about your posing as Bruce Willis..."

"I never posed as Bruce—willie-wankstain—Willis."

"...And your fraudulent National Enquirer project, you replied at one point, 'Of course it was a ruse.'  You admit that you used ruses to obtain confidential information from Ms. Rigglesworth?"

"What do you mean confidential?"

"She told you about her research in confidence."

"Warthog poop," says Dalkin.  "I never signed any confidentiality agreement with her."

“The hell it was.  Inferred, maybe, by Rigglesworth, unilaterally, but definitely not implied.  She yakked, I listened. Period."

"But you admit that you got Ms. Rigglesworth yakking, as you put it, as part of a ruse to extract information from her?"

"I'm not admitting anything."

"And this ruse was directed by Ding-a-Ling Widgets?"

"Yes or no," demands Worthog.

"Ding-a-Ling paid me to figure out why Rigglesworth had targeted its owner."

"An operation directed by Philip Dillman?"

Dalkin shakes his head.  "No."

"It was directed by Dick Mutton—mutant masturbator—and if you ask me, he did it just so he could build a blackmail file against his boss, Dillman.  And when Dillman didn't pay him off, he went running to Rigglesworth and told her this tale, with a lot of embellishment thrown in.  And the funniest part is, Rigglesworth is basically admitting to the world, through this lawsuit, that she's a sucker."

"My question is, are you aware of the dealings between Ding-a-Ling Widgets and the mafia?"

"No, don't do it!" everyone yells in unison.

"And now you're insulting Italian-Americans?"

"No, I'm talking about the Chinese," says Worthog.

"You must have been aware that Philip Dillman, the owner of Ding-a-Ling Widgets, tried to procure a Chinese widget invention through the Chinese underworld."

"And that Philip Dillman tried to use his connections in the Chinese underworld to murder people?"

"Objection!" screams Rosen.  "You are using this forum to malign my client!"

"I'd like an answer from the deponent," says Worthog.  "Mister Dalkin?"

“It's just the sort of scheme Dick Mutton—mutant masturbator—would dream up to discredit his old boss."

"So, you think Ding-a-Ling Widgets is capable of such things?"

"Mutton—mutant-masturbator—he is capable of dreaming up such fantasies.  But what I think doesn't matter since this is supposed to be a factual not a what-I-think exercise.  What matters is that your legal shakedown appears to be shaking itself into a frenzy, wouldn’t you say, Milt?”

"This is my deposition," snaps Worthog.  "I get to ask the questions."

"Then ask questions that are pertinent to the plaintiff's Complaint, not a bunch of crap that has got nothing to do with me but everything to do with trying to embarrass Ding-a-Ling so they'll cave to your legal extortion."

"My client has serious, legitimate grievances."

"Your client is on an ego trip," says Dalkin.  "She's trying to cash in on the revenge-motivated betrayal of Dick Mutton—mutant-masturbator—to rake in the kind of easy money she couldn’t make from writing.”

"I think we should recess for lunch," says Fatwood.

One hour and fifteen minutes later, all parties reassemble to continue the deposition.

"I have no further questions," says Worthog.

"You couldn't have done that before lunch?" says Dalkin.

Worthog ignores him.  "He's yours to cross examine," he says to Bernie Rosen.

"I have no questions," says Rosen.

"Then we are adjourned."

Rosen flies out the door.

Worthog catches Fatwood's eye. "Have you given any consideration to my offer?"

Halfway to the elevator, Dalkin whispers, "What was that about?  What offer?"

"Oh, uh, on Friday, when you didn't show," said Fatwood, "Worthog offered to settle with you."

"I think he believes you are judgment-proof.  Which means you're just in the way, costing his law firm time and expense."

"I was going to.  I wanted to discuss it first with Ding-a-Ling’s lawyers."

Dalkin stops in his tracks.  "Why?"

"Well, they probably like having you in there, part of the fray," says Fatwood.  "Their strategy is to stall for time—and cost the opposing law firm more than it's worth to pursue this action."

"Who the fuck cares what they want!  They're not paying my goddam bills!"

"That's another thing we need to discuss," says Fatwood.  "We sent you a bill for twenty-two thousand dollars and it hasn't been paid."

"You've chosen the exact wrong time to bring that up," says Dalkin.  "How much does Worthog want to settle with me?"

"And how much will it cost me in legal bills if this ends up in court?"

"Could be a couple hundred thousand, depending on whether it ever gets to trial."

"Did you talk to Ding-a-Ling’s lawyers about settling?"

"I was hoping to catch Bernie Rosen before he left," says Fatwood.  "I'll phone him this afternoon."

"Tell those whore-masters the only way I'm staying in is if they pay my bills, starting with your latest one for twenty-two-grand."

"Don't talk to anyone from the media," says Fatwood.

The reporter says:  "We've been trying to make sense of court documents in a case against Ding-a-Ling Widgets."

"Me too," replies Dalkin.

"Can you explain why you were involved in a ruse to deceive an investigative reporter?" asks the reporter.

Dalkin covers the mouthpiece.  "Is it okay to for me to ask a few questions, counselor?"

"Isn't this the same TV show that was hauled into court by Food Lion for undisclosed ulterior motives and misrepresentation?"

"Isn't this the broadcast whose anchor, Diane Sawyer, secretly tape-recorded her own staff members?  Yes?"

"Isn't this the show whose correspondent, Connie Chung, aided and abetted a wanted fugitive by trading him computer equipment for an interview?"

"Eat my boxer-briefs you hypocritical head-fucks."