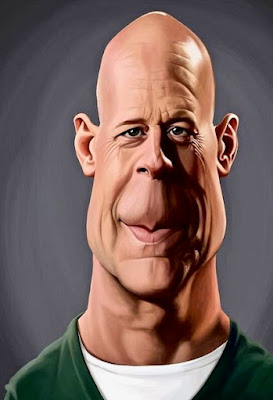 Ralph Serafina’s jet lands at JFK mid-afternoon; he nurses a gin-and-tonic at a bar inside Delta's terminal before boarding their 5:30 shuttle to Washington D.C.

When he arrives at Reagan-National Airport, four special agents await him at the gate, accompanied by a reporter and photographer from The Washington Post.

"Mister Serafina?" Agent One plants himself in Serafina’s face.

"For what?" says Serafina.

"Conspiracy to commit espionage.  You have the right to remain silent..."

Agent Two produces handcuffs and clinks Serafina’s hands behind his back while Agent One completes his Miranda spiel.

"Have you checked any luggage?" asks Agent One.

"Remember that ass-wipe who tossed a summons at me on Nordstrom's terrace in Santa Barbara?" says Dalkin.

"Then I'll guess you'll think the next part is funny too."  Dalkin chuckles.  "Those bastards suing me want to know, under oath, the name of my current client."

Cloverland stiffens.  "That's not funny at all."  He narrows his eyes.  "What did you tell them?"

"I lied.  Under oath.  And now I’ve got thirty days from when I get a transcript to set the record straight before it becomes perjury."

"There's a reason you're telling me this."  Cloverland puts a beefy hand over his eyes.

"Damn right there is.  It means you've got to send a posse of lawyers down to see the judge—jiggering jerk-off—and tell him to wind this dumb-ass case up for reasons of national security."

"Judges don't take kindly to being told what to do," says Cloverland.  "And they particularly don't like excusing defendants from lawsuits just because defendants happen to be working for the Bureau on something unrelated."

"That's the problem.  There's nothing unrelated so far as this plaintiff's lawyers are concerned.  They think I'm part of a huge conspiracy.  And they'd love to make the B-B... baloney-beating bargsters—part of it.  And when your name gets tied in, they'll subpoena you too if you don’t get this under control.”

Cloverland squirms at this notion.  "What did you do?"

"I fooled a muckraker.  She took it personally.  And she found an attorney a couple notches lower than personal injury lawyers.  They're after deep pockets.  Specifically, the deep pockets of my then-employer, Ding-a-Ling Widgets.”

"I'm not saying the judge—jiggering jerk-off—has to quash the case," says Dalkin.  "Let 'em sue Ding-a-Ling.  Just get him to excuse me."

"What’s the judge's name? And the attorneys involved?"  Cloverland poises pen over paper and takes notes.

A door opens.  Two special agents march a handcuffed, ashen-faced Ralph Serafina into the middle of the room.

"You may leave now," says Cloverland.

The special agents exchange a puzzled glance and do as they’re told, closing the door behind them.

"What the...?"  Serafina doesn’t know whether to laugh or cry.

"The arrest was a charade."  Dalkin motions his head at Cloverland.  "Something we cooked up together."

"You could have told me."  Serafina sits down, annoyed.  But more relieved than annoyed.

"No," says Dalkin.  "It had to look genuine for the newspapers—nagging nabobs of negativism, Spiro-fucking-Agnew.  Speaking of which, you need to keep a low profile for a while.  Maybe grow a beard."

"The other solution..." –Dalkin looks to the ceiling—“is lock you up for a while till everything blows over."

"I'll grow a beard," says Serafina.  "So how does this all fit together?"

"The SVR and Zudex crowd will believe you've been arrested and that you're now yakking your head off for a plea bargain," says Dalkin.  "That's the setting for what I'm planning next."

Dalkin winks.  "You don't need to know.  Your mission from this point is to weather the publicity and lay low till I return."

For this London visit, Dalkin chooses The Lowndes on Lowndes Street in Belgravia.  He dumps his bags, connects to Richard Thornington on the hotel’s public phone and strolls to the top floor of Harvey Nichol’s, their upmarket food court.

The Brit arrives soon after, a broad, toothy smile.  "You don't waste any time."

"Igor?"  Thornington lowers his voice a few decibels.  "He has what we asked:  A recall of my old files—and your trial run, Diana."

Thornington shakes his head.  "He wants his money first."

Thornington scribbles a name and address.  "It's near Buckingham Palace."

And then Dalkin strolls to the Royal Bank of Scotland's Knightsbridge branch and fills his travel bag with wads of crisp fifty pound notes, courtesy of the Russian SVR.