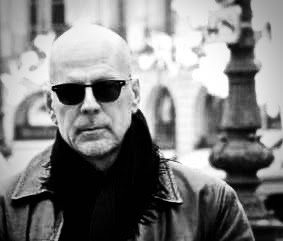 Michael Zudex spends most of the EasyJet flight to London in morose, silent mode.

"It's not so bad."  Dalkin uncaps a second miniature of Haig whiskey.  "After all, you get to keep living a life of luxury.  Not bad for a cold-blooded murderer like yourself."

"Sorry."  Dalkin toasts the air.  "Just trying to cheer you up."

Upon landing, Zudex trembles as he follows Dalkin to Immigration.  Having reconsidered his position while sitting in a jet for two hours, Zudex now half-expects to be detained and arrested.

Dalkin senses his nervousness.  "See?" he said as they exit Immigration and stroll through Customs.  "Everything's fine."

A taxi whisks them to The Lowndes.

It is ten p.m., but even after a day's roundtrip travel, Dalkin isn't ready to quit.  He picks up the phone. "C'mon over," he says to someone on the other end.  "Someone I want you to meet."  Then he descends with Michael Zudex to the restaurant downstairs.

"May I have a word?" Thornington tugs at Dalkin's elbow.

Dalkin shrugs.  "Sure."  He follows Thornington into the lobby.

"What the bugger is he doing here?"

"I turned him," says Dalkin.

"Zudex is working for us now."

"But he's actually had people killed."  Thornington's eyes pop from their sockets.

"Another reason we actually want him on our side from now on."

The Brit shakes his head.  "I heard from Igor.  He has the file on our MI5 mole."

"I think he had it all along.  That's why he settled for half the money."

"Can we meet him tomorrow?"

"Do that.  Then come back and acquaint yourself with Michael Zudex.  I want you to spend most of tomorrow debriefing him."

Next morning Richard Thornington arrives promptly at ten a.m.  Dalkin choreographs the Brit and Michael Zudex into his own junior suite for deep-consultations of the veiled kind.

Then Dalkin strolls to the Royal Bank of Scotland and initiates a withdrawal of three hundred thousand pounds in cash, money that would have to be dispatched by armored car from the bank's City branch.

Mid-afternoon, Dalkin connects to his lawyer at Bacon, Hump for an update.  "Have we bailed from the case yet?"

"He doesn't want us out of this case."

"Who the fuck cares what he wants?  You told him, if Dillman doesn't pay my bills we're making a deal, right?"

"It's not that simple," says Fatwood.

"Ding-a-Ling's legal strategy is based on making this lawsuit as complicated and time-consuming for the plaintiffs as possible.  Rosen says if we cut a settlement with the plaintiff, they will name you a third-party defendant.

"What the fuck does that mean?"

"It means they'll take the position that you violated the plaintiff's rights on your own, without their authority."

"Oh, like I woke up one morning and said, ‘I think I'll spook Rhoda Rigglesworth today?’"

"They could claim you acted beyond your instructions, that any damages awarded to the plaintiff should be transferred to you.  Which means you'll need an ongoing defense."

"Maybe what I need is a different lawyer.  Someone more willing to take on other big-time attorneys in Washington."

"Calm down?  I'm standing in the middle of a pissing contest, getting splattered from all directions—and paying for all the piss that hits me!"