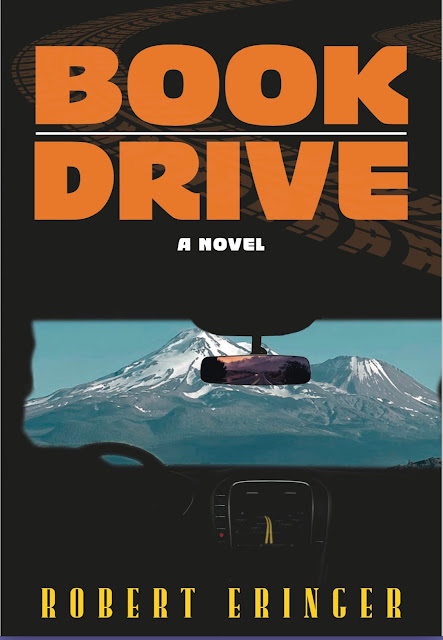 As the top “Road Warrior” of contemporary American fiction Robert Eringer—like the hero of the iconic Willie Nelson song—is happiest when with his friends he is “On the Road Again," and in his latest and best novel—Book Drive—he takes his readers on yet another trip they will long remember.

As in his well-regarded earlier Road Novels—Motional Blur (2016) and Last Flight Out (2019)—Eringer uses the device of a journey to tell a riveting story about believable and appealing characters whose travails illustrate some larger truths concerning the human condition.

The journey in question is taken by an elderly once famous writer—Christopher Lathom—as a promotional tour for his first novel in thirty years.

Proceeding along the scenic coastal route from L.A. to Seattle a series of misfortunes overtake Lathom which provide striking insights into a dysfunctional legal system, a declining publishing industry and the inanity of political correctness, which collectively compel this memorably-rendered protagonist to confront the utter bleakness of his mismanaged life.

Eringer’s gift is his ability to make you care about this dyspeptic and querulous character.

Through an ingenious series of plot twists and turns there emerges a painful but moving tale of human redemption through the power of love and family.

To say you can’t put this book down and you won’t forget it would greatly understate its excellence.

Posted by Robert Eringer at 6:46 PM