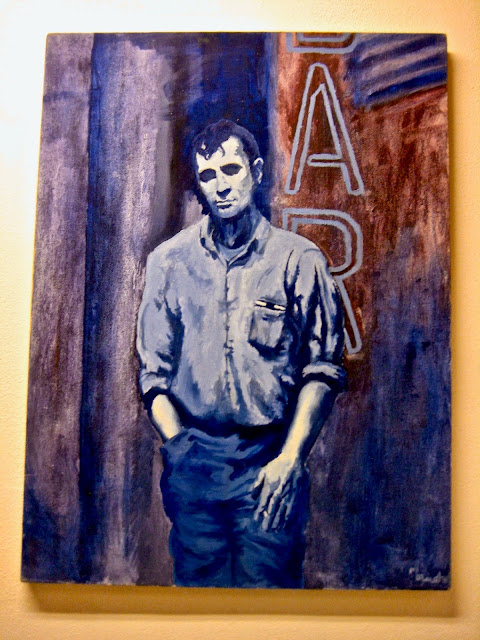 Although Kerouac (the author of Satori in Paris) was savvy to the concept of awakening (the opposite of woke), he became an abrasive, cynical alcoholic—and a prisoner of his Catholic upbringing.

But Kerouac remains a literary hero: the beat writer who brought the road alive with spontaneous prose largely influenced by letters from Neal Cassidy, whom he immortalized as Dean Moriarty in... 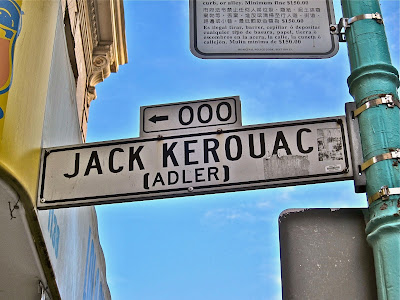 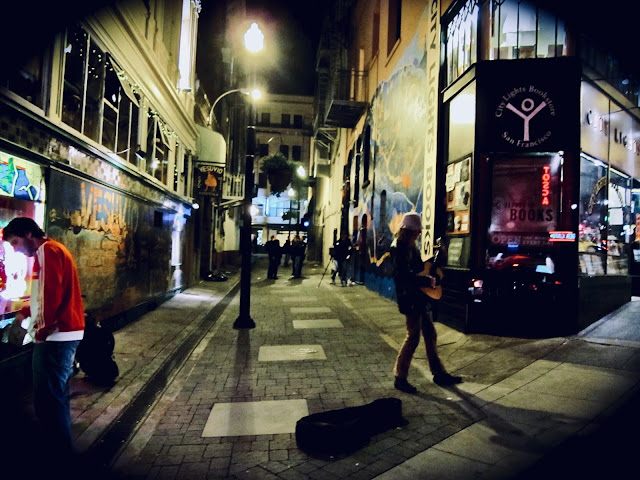 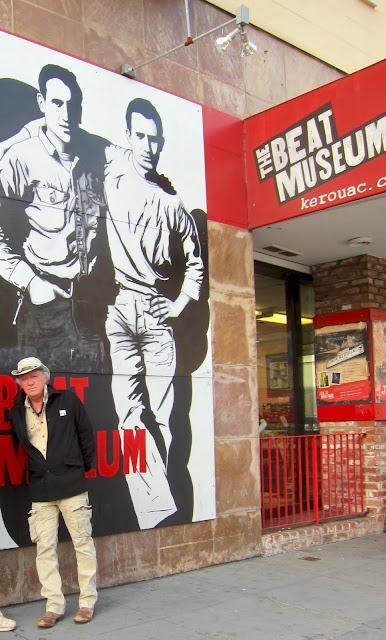 In a story I wrote called Book Traveler, I enter a time-warp portal that lands in the first edition of On the Road:
Kerouac:  We all went to a swank restaurant to eat, Alfred's, in North Beach, where poor Remi spent a good fifty dollars for the five of us, drinks and all. And now came the worst thing. Who should be sitting at the bar in Alfred's but my old friend Roland Major! 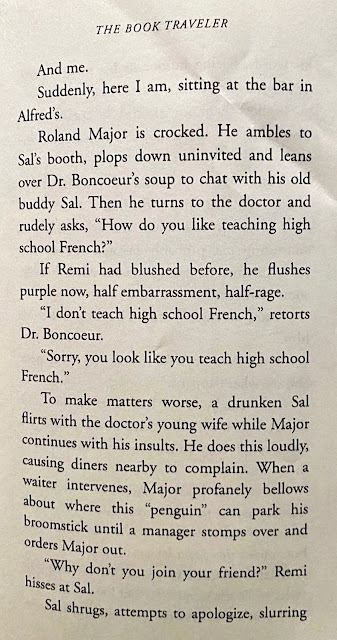 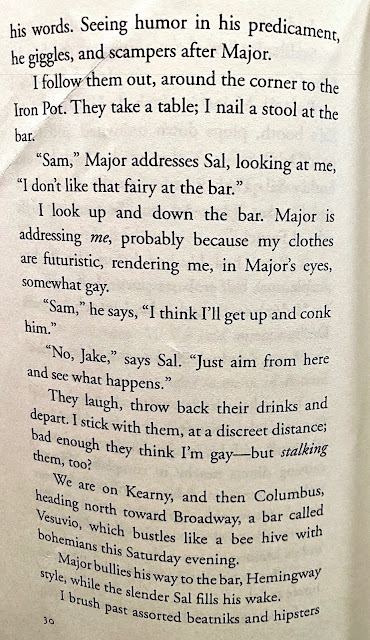 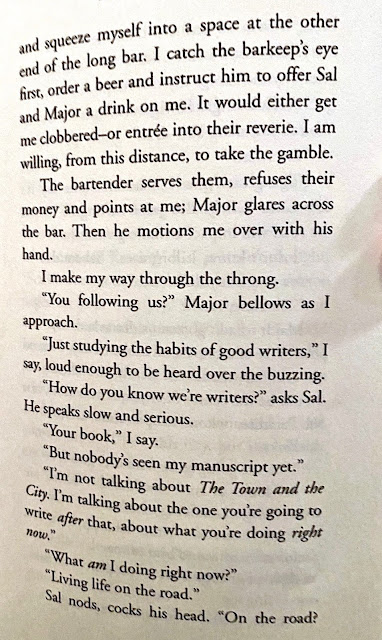 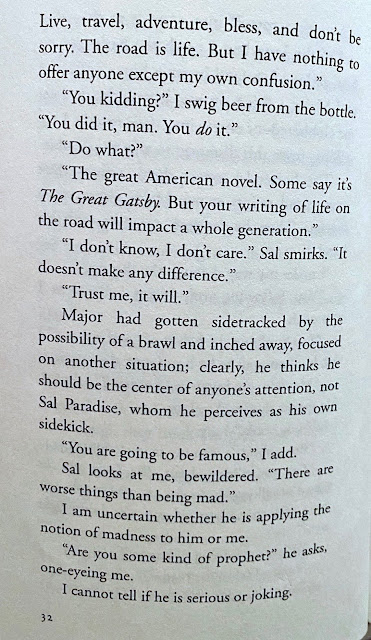 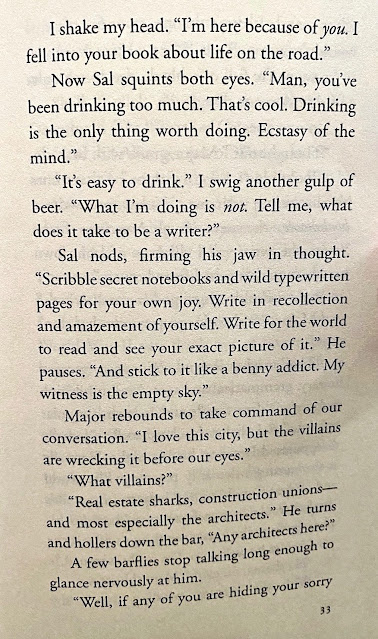 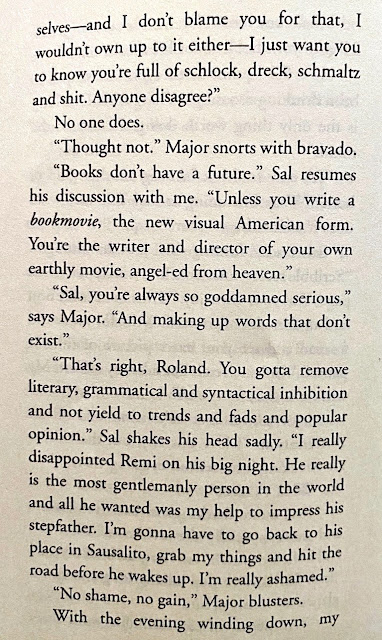 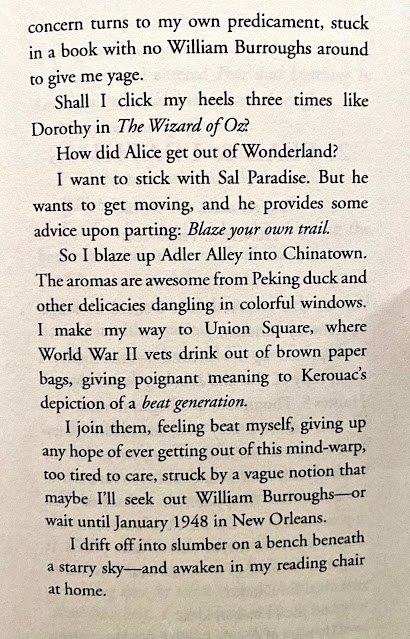 Onward we roll across the border into Massachusetts, to Lowell, the birthplace of Jack Kerouac whose 1957 book On the Road was my early inspiration.  I had wandered Larimer Street in Denver five years earlier with Van Stein looking for Jack’s ghost.  A week after that, the artist and I had rolled to San Francisco’s North Beach to visit City Lights Bookstore where Kerouac and the beats congregated and Vesuvio where they drank. 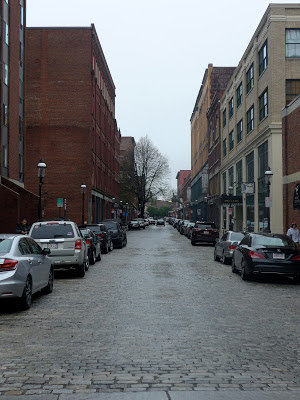 Lowell is also where Kerouac’s bones eternally rest, in Edson Cemetery.  His simple gravestone—on Lincoln, between Seventh and Eighth—is littered with items left by pilgrims like me:  A Jack Daniel’s miniature, a can of Pabst Blue Ribbon, a shot glass emblazoned with Jesus, a lot of pens.  I leave a wooden nickel good for a free beer at the bar I once owned and now a ghost like himself.

Nearby, a more recent memorial wall is inscribed, “The Road is Life.”

We all, in life, are on a journey, on the road.

And it’s definitely the journey that counts because the destination is the same for everyone. 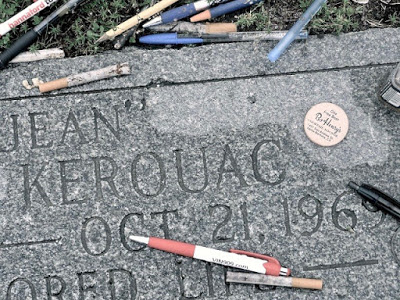 Clubhouse on Wheels: Kerouac
Posted by Robert Eringer at 7:29 AM