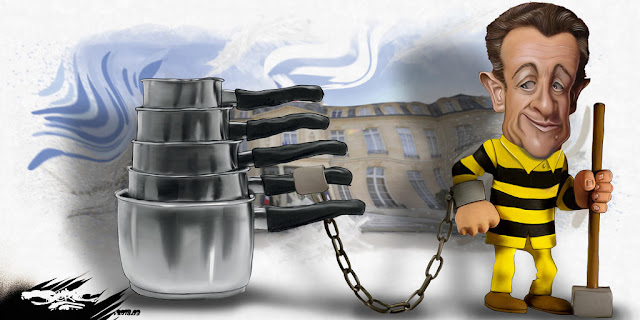 ...where even the President of France was corrupt, offering ministerial jobs in Monaco as a bribe.

Conversations wiretapped on these phones led prosecutors to suspect Sarkozy and Herzog of promising Azibert a job in Monaco in exchange for leaking information about another legal case, known by the name of France’s richest woman, L’Oreal heiress Liliane Bettencourt.

This was just the kind of thing I was trying to prevent as Prince Albert's spymaster.

No wonder the French wanted me gone.

With hindsight, I was lucky to have gotten out of there alive.

Posted by Robert Eringer at 8:00 AM