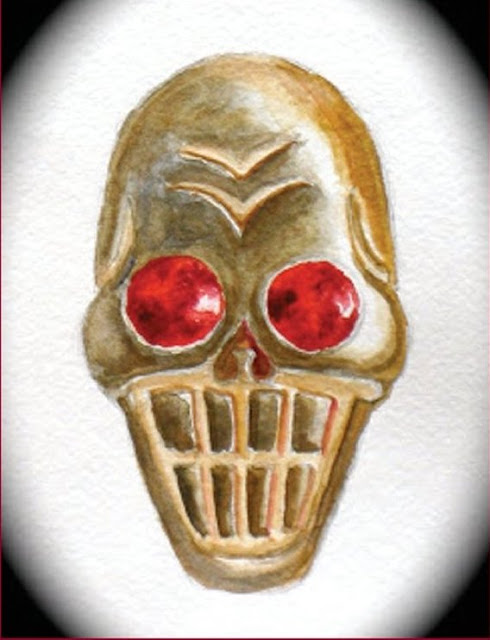 To honor this day, it is expected that President Biden, on behalf of the United States, will officially recognize that the massacre of Armenians by the Turks (1915-17) was, in fact, genocide.

George W. Bush, Barrack Obama and Donald Trump all promised to recognize the Armenian Genocide as part of their presidential campaign platforms.

None of them did.  All three reneged on their word upon reaching the White House after swampy DC advised them that such a declaration would anger the Turks.

Only Joe Biden had the courage to do the right thing, Turks be damned. 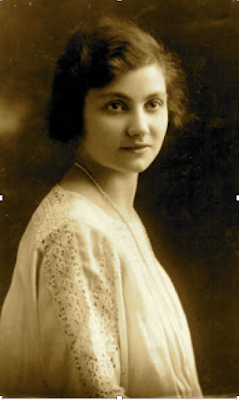 A quarter-century before the start of World War II, my grandmother, Adrine Kalfayan, was a young teenager in Trebizond, a city in northeastern Turkey on the Black Sea.

In 1915 Turkey was part of the Ottoman Empire.

My grandmother was Armenian.

Through the 1800s and early 1900s, Armenians were treated as second-class citizens in their own historical homeland.

This was because Armenians were Christian and Moslem Turks outnumbered Armenians ten-to-one.

The Armenian nation was first to recognize Christianity as a religion, in the year 301.

Armenia’s homeland, Anatolia, had been absorbed into the Ottoman Empire, which was then a world power.

Without progress, the Ottoman Empire’s army could not compete with armies in Europe, where progress was welcomed, especially to modernize armies.

And so, the Ottoman Empire fell apart in the late 1800s as Greek, Serb and Romanian armies fought against Turks to win independence from the oppressive empire.

Armenians did not seek independence from Turks.  They sought equality.  For instance, Armenians were not allowed to vote in the Ottoman Empire.  And, as Christians, they were forced to pay more tax than Moslems.

In 1895, instead of allowing Armenians to vote in elections and making tax equal for all people, the Ottoman Empire’s leader, Sultan Abdul-Hamid II, created a special army to murder 100,000 Armenians.

For sure, this special army reduced the Armenian minority if Armenians would ever win the right to vote.
But perhaps Sultan Abdul-Hamid II forgot it would also result in fewer premium taxpayers.

For reasons that had nothing to do with Armenians, a group of Turks forced a constitutional government on the Sultan in 1908. This group was known as Young Turks.

A constitutional government meant that Young Turks would share power with the Sultan.

Young Turks believed in modernizing their country. They claimed to believe in equality and justice.

Although Armenians supported Young Turks and their progressive thinking, what Young Turks really meant was equality and justice for all Moslems, not Christian Armenians.

Then, in 1913, Young Turks overthrew Sultan Abdul-Hamid II as ruler.

Three Young Turks—Mehmet Talaat, Ismail Enver, and Ahmed Djemal—became the empire’s new rulers.  Quickly, Mehmet, Ismail, and Ahmed became bossier than the Sultan they had overthrown for being too bossy.

This trio wanted to create a new Turkish empire with one religion.  Their religion.  And they wanted to take over countries to the east.

In between Turkey and countries to the east lay Armenia’s homeland. And two million Christian Armenians.

This did not matter to Young Turks.

And it did not bode well for Armenians.

The Young Turk trio whipped up religious hatred against Christians.  Perhaps they were jealous that Armenians had always been progressive and open to new ideas. And that Armenians were smart and enterprising, educated and skilled, and therefore wealthy compared to most Turks. This was because the Sultan had discouraged learning.  Instead, the Sultan encouraged his subjects to be ignorant, unskilled peasants so that they would be ignorant and loyal to him.

In 1914, the start of World War I created a cover for Young Turks to answer their “Armenian Question.”

This was not a real question.  It was a figure of speech for wanting Armenians to vanish.

The Turks sided with Germany and Austria-Hungary during World War I.

While Germany and Austria-Hungary fought France and Great Britain on European battlefields, Young Turks laid the groundwork for Armenians to vanish.

At that time, 40,000 Armenians served in the Turkish army.  These Armenian soldiers were relieved of their weapons, put to work as slave labor, and eventually shot dead.

Meanwhile, Young Turks ordered all other Armenians to surrender their weapons.

It is never a good sign when a government orders its citizens to surrender their weapons.  This is why the founders of the United States of America granted Americans the right to bear arms.  They did this so Americans would be able to defend themselves against a bossy government. And also rise up and overthrow government if its leaders ever became too bossy.

But back to Armenians, who did as they were told and surrendered their weapons. 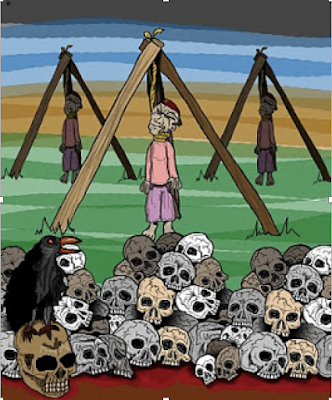 On this date, about three hundred prominent Armenians were rounded up by Turks and imprisoned, tortured and shot or hanged.

Young Turks needed help to ensure that all Armenians in Turkey would vanish.  So they encouraged other ethnic tribes, such as Kurds, to kill Armenians and steal their possessions.

This organization was named “Special Organization.” It comprised of criminals who were released from prison in exchange for their willingness to kill Armenians. These criminals were also encouraged to rape Armenian women, including young girls and turn them into sex slaves. And they were allowed to keep everything they could steal from Armenians.

My grandmother Adrine and her family were among 500,000 Armenians who did not vanish.

The Kalfayan family left Trebizond by boat in June 1915.  They were on the last boat to leave Trebizond before Young Turks and Kurds massacred all of Trebizond’s 14,000 Armenians.

The Kalfayans sailed to Istanbul, Turkey’s capital, which was then called Constantinople, where they had lived before moving to Trebizond. 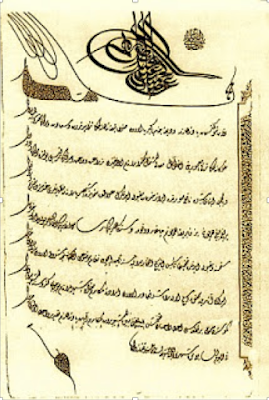 In 1895 Abdul-Hamid II had rewarded Azarik with a Certificate of Personal Satisfaction, signed by the Sultan.

Twenty years later, Azarik used his Certificate of Personal Satisfactionas a Get-out-of-genocide-alive card for himself and his family.

Before troops of the Allied powers arrived, the Young Turk trio did their own vanishing act.

Aided by Germans, Mehmet escaped by submarine to Germany.

Armenians hunted Mehmet and Ahmed—and assassinated them within four years.

Ismail was last to die, killed in battle by an Armenian. 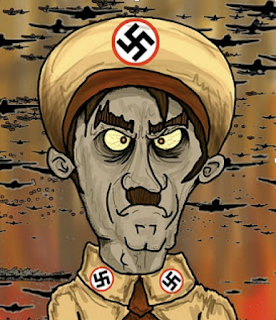 Years later, Adolph of Germany should have paid attention to what happened to Mehmet, Djemal and Ismail.

Instead, Adolph tried to solve his “Jewish Question.”

Again, this was not a real question, but a figure of speech for wanting Jews to vanish.

And Adolph also died as a consequence.

Later, Germany accepted responsibility for their genocidal Holocaust of Jews.

But Turkey has never acknowledged their genocidal massacre of Armenians.

Instead, Turks deny that they wanted Armenians to vanish.

In addition, Turks try to silence anyone that publishes information about their genocide against Armenians, as if it can be swept under a magic carpet.

Posted by Robert Eringer at 7:55 AM