1. THE DEVIL IS IN THE DATA

Hence, here is a pilgrimage Van Stein and I took to Silicon Valley, the belly of the beast, a few years ago...

Okay, so what if the World Wide Web is Satan and Google and Facebook are the devil’s most dominant disciples, lulling you, me and everyone else into an ever-increasing hypnotic trance?

In other words, what if the devil is not in the detail, but in the data?

And what if, as futurist Ray Kurzweil (who now works for Google) predicts, computers become sentient i.e. aware, and even though mankind evolves through the coming decades into bionic beings, they ultimately are forced into subservience by artificial (though very sentient) intelligent beings?

(According to Kurzweil, by the beginning of the 21st century homo sapiens and computers will merge through cybernetic brain implants; organic mortals who refuse them, a minority, will not be happily tolerated by highly modified, robotic humans.)

These are the questions that compel Van Stein and me to venture into Silicon Valley, the birthplace of computer science.

Computer science is the only true zeitgeist of our time, to the extent that centuries from now our period will be known as the Digital Age, pure and simple, with everything else (including oil) a footnote.

And it all happened—is happening—a mere four-hour drive from the American Riviera.

The servers and patrons at Montecito Bar throw Van Stein and me alarmed glances as we banter about stalking Satan and smoking the old bastard out.

Certainly, no one wants to join us, despite our open invitation based on a policy we call Dynamics of Inclusion, which is to say, any and all are welcome to come along, if they dare, which they don’t.

It sounds nutty, like most of our adventures, but harmless.

During the 1960s, Palo Alto’s main drag—University Avenue—was jam-packed with bohemian writers and musicians like Kesey and Jerry Garcia, founder of The Grateful Dead.

In time, nerds outnumbered the hipsters as the computer industry expanded exponentially, fueled by engineering and mathematics majors from Stanford University.

After all, we’d already done Hemingway in Idaho, Bukowski and Fante in downtown LA, Hunter Thompson in Aspen and Jack Kerouac in Denver and San Francisco.

So it makes sense to do Kesey; a highly credible cover. 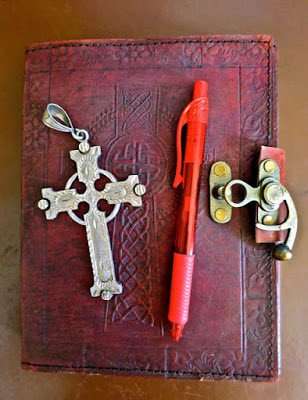 I dust off the leather journal I'd used for Salem, Massachusetts and commence jotting a series of frantic notes (based on a half-dozen books from which to discern clues) with phrases like psychiatric meds + The Internet = the conduit for evil to manifest and WWW and wireless data communication will lead to oppression and tyranny when governments harness it under their control and if history has taught us anything they will.

What happens when innovators like Sergey Brin and Larry Page of Google, and Mark Zuckerberg of FaceBook, sell out to media conglomerates or die and leave control of their ideologically borne powerhouses to profit-focused trustees who could care less about the good intentions of the inventors?

Can such trustees—or the innovators themselves—really, truly, and ultimately be trusted with the massive amounts of data they routinely collect and file away on hundreds of millions of people?

Google’s motto, I note, is Don’t be Evil.

(Apparently, Sergey Brin, alone, decides what is evil.  Does he have ecclesiastic credentials for this—or at least some kind of celestial criteria to which we should all be privy on how he bases his good versus evil decision-making?)

The late Steve Jobs had his own take on Google’s motto:

And Jobs should know... 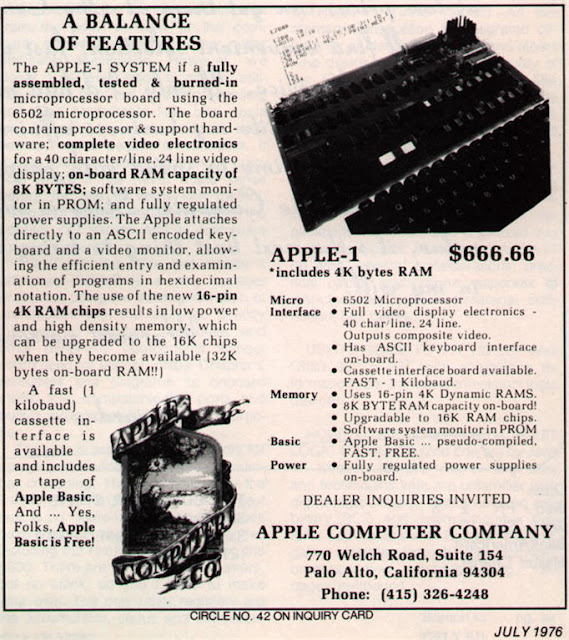 Oddly, Google has its own fascination with the sign of The Beast.
Or why else would they design their Chrome logo around it? 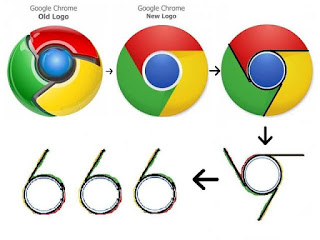 Everyone gives the devil too much credit about its powers, which are only preternatural, not supernatural, though old Beelzebub wants desperately for you to believe its lies about the latter.

How, you may ask, does that work, practically speaking?

The devil can arrange for a bad oyster to be put among a half dozen-on-the-half shell when presented to you.

But it can’t make you eat it.

You sniff each one and if you detect a whiff of sulfur, as in rotten egg (or devil), you send it back.

The devil can play with your mind.  It can make you think, after you’ve eaten the oysters, you’ve been food poisoned.

But it can't make you sick.

Posted by Robert Eringer at 1:00 PM